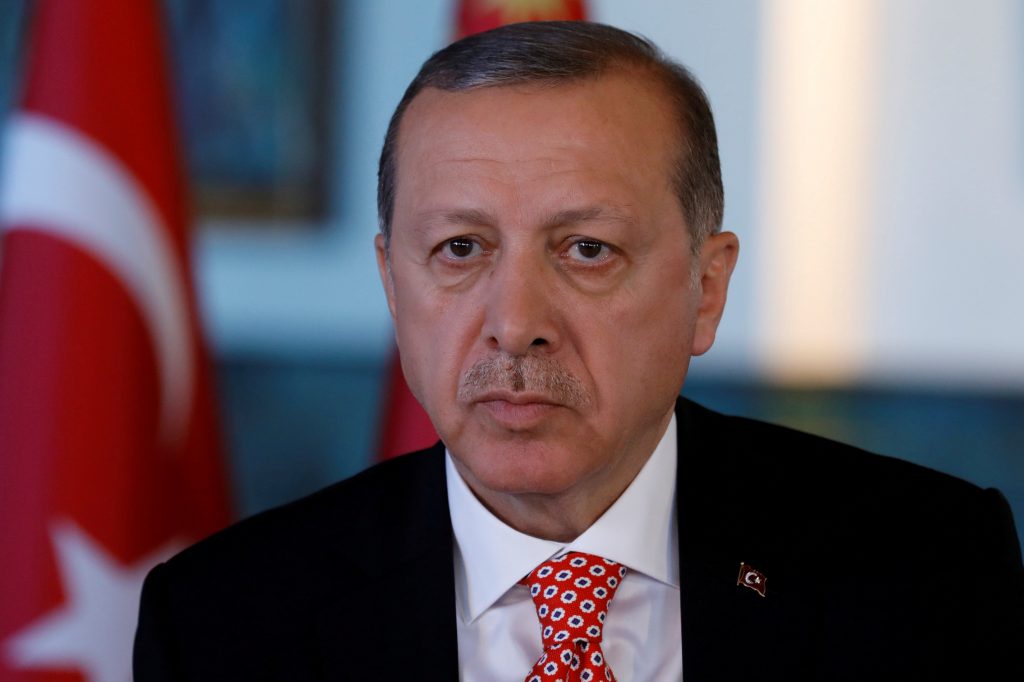 President Tayyip Erdogan filed a criminal complaint against a prominent opposition lawmaker on Tuesday, one of Erdogan’s lawyers said, after the deputy called the Turkish leader a fascist dictator.

In blistering criticism of Erdogan, the spokesman for the main opposition Republican People’s Party, Bulent Tezcan, attacked what he said was a “fearful atmosphere” in Turkey.

Erdogan’s lawyer, Huseyin Aydin, said: “We have filed a legal petition concerning Bulent Tezcan with the Ankara chief prosecutor’s office for the crime of insulting the president.” Aydin also posted photos of the petition.

“The suspect’s statements are part of a new campaign against our president and cannot be interpreted as an isolated incident,” the petition said, saying such a campaign had also been launched ahead of last year’s attempted coup.

In a speech on Monday in the western city of Tekirdag, criticizing local judicial authorities, Tezcan had said: “If you try to scare people and to create a fearful atmosphere by showing legal words as illegal ones we will not be deterred.”

His comments appeared to be in defense of the local mayor, a CHP member, who was questioned by authorities this month after he reportedly called Erdogan a “dictator” at a party congress.

“I don’t know if our mayor said that or not. I, here in Tekirdag, say it now: ‘Erdogan is a fascist dictator’,” Tezcan said.

His comments prompted a swift backlash from Erdogan’s office and lawmakers from his ruling AK Party, with Erdogan’s spokesman Ibrahim Kalin saying his “hate speech is an example of disgrace for the main opposition.”

Insulting the president is a crime punishable by up to four years in prison in Turkey.

Lawyers for Erdogan, who has dominated Turkish politics for more than a decade, have filed more than 1,800 cases against people including cartoonists, a former Miss Turkey winner and school children on accusations of insulting him.

Following the failed coup of July 15 last year, Erdogan said he would drop outstanding suits, in a one-off gesture.

Nonetheless, rights groups and some Western governments have voiced concern that Turkey is sliding toward authoritarianism. Some 150,000 people have been sacked or suspended from their jobs and more than 50,000 jailed pending trial on suspicion of links to the failed coup.

Erdogan says such measures are necessary to ensure stability and defend Turkey from multiple security threats.