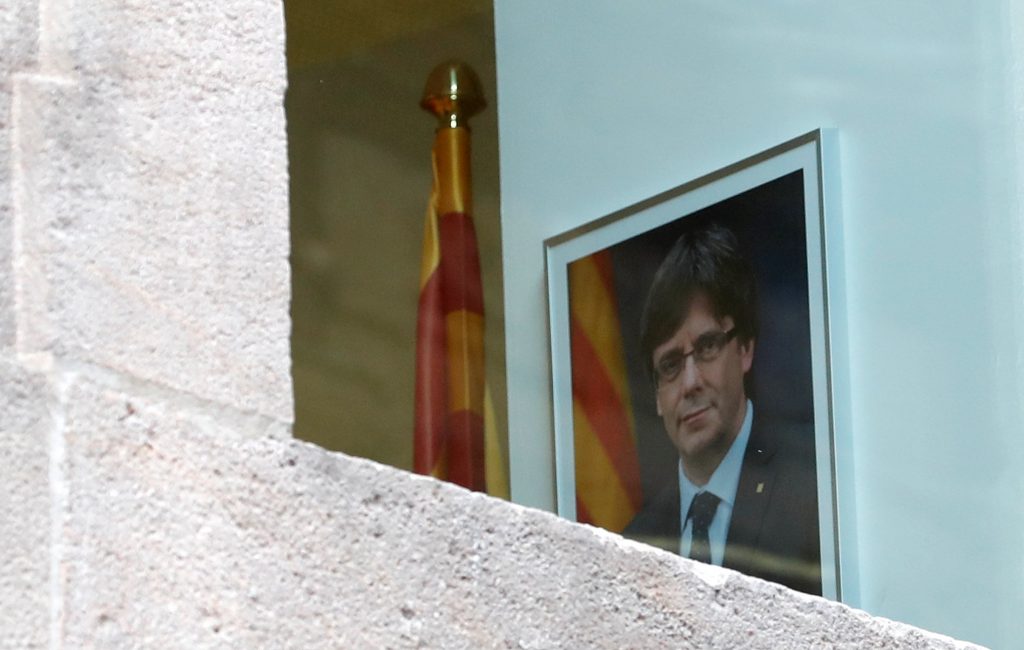 Spain’s foreign minister said on Tuesday he would be surprised if Belgium granted political asylum to Catalan secessionist leader Carles Puigdemont, who turned up there following Madrid’s dismissal and takeover of Catalonia’s regional government.

By Tuesday, the Madrid government had gained the upper hand in the protracted struggle over Catalonia’s independence.

Resistance to Madrid’s imposition of direct control on the autonomous region failed to materialize at the start of the week on Monday. The secessionist leadership is in disarray, and attention is now turning to a regional election called by Prime Minister Mariano Rajoy for Dec. 21 as a way out of the crisis.

But Puigdemont, whose parliament declared an independent Catalan republic on Friday before being removed by Rajoy, remains a thorn in Madrid’s side. He was due to make a statement later on Tuesday in Belgium.

Spain’s prosecutor on Monday called for charges of rebellion and other crimes to be laid against him, which carry combined sentences of more than 30 years in prison.

Any request for asylum in Belgium could lead to a diplomatic dispute between the two European Union nations. But Spanish Foreign Minister Alfonso Dastis appeared to play down that prospect for now.

“We have no certainty of what he is doing,” he told Cadena Ser radio. “We would be a bit surprised, given the situation regarding the right of asylum in Europe, but the actions of ex-president Puigdemont are not easy to foresee.”

Any decision would be up to Belgian courts, not the government, Dastis said.

“If Belgium grants asylum to Puigdemont, it will not be a normal situation. Let’s leave it there for now,” he said.

The political crisis, Spain’s gravest in the four decades since the return of democracy in the late 1970s, was triggered by an independence referendum in Catalonia on Oct. 1.

Though it was declared illegal by Spanish courts and less than half Catalonia’s eligible voters took part, the pro-secessionist regional government said the vote gave it a mandate for independence.

Some prominent ousted Catalan leaders, including Puigdemont and Vice President Oriol Junqueras, had said they would not accept their dismissal. But their respective parties, PdeCat and Esquerra Republicana de Catalunya, said on Monday they would take part in the Dec. 21 election, a tacit acceptance of direct rule from Madrid.

Two opinion polls showed support for independence may have started to wane. A Sigma Dos survey published in El Mundo showed 33.5 percent of Catalans were in favor of independence, while a Metroscopia poll published by El Pais put that number at 29 percent. That compared with 41.1 percent in July, according to an official survey carried out by the Catalan government.

Opponents of secession say a majority of Catalans want to remain part of Spain and did not take part in the referendum. But some analysts say the dispute is not going to disappear anytime soon despite the present state of play.

“Spain is heading for a period of disruption and, like the U.K. and Brexit, having its policy agenda dominated by one political issue while other key challenges fade into the background,” said Raj Badiani, an economist at IHS Markit in London.

“A more tangible impact from the crisis could evolve from early 2018, with the uncertainty set to build as Catalans push harder for a legally binding referendum.”

The government’s move to impose direct rule received the backing of several influential Catalan business lobbies, which called on firms to stay in the region. The chaos has prompted an exodus of businesses from Catalonia, which contributes about a fifth of Spain’s economy.

Credit-rating agency Fitch late on Monday said the escalation of tensions in Catalonia significantly worsened the outlook for Spain’s economic growth and could prompt negative action on the country’s rating.