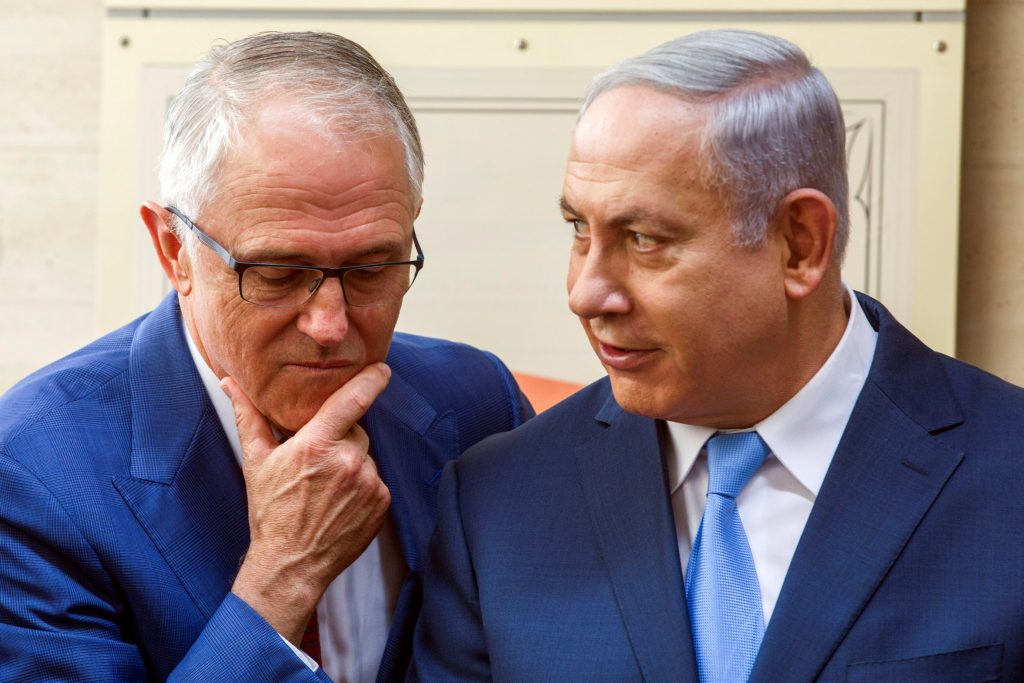 Photographers for foreign media walked out of a joint press conference held by Prime Minister Binyamin Netanyahu and Australian PM Malcolm Turnbull to protest an invasive security search of one of their colleagues.

The photographer, Atef Safadi of the European Press Agency, who carries media credentials from the Israeli Government Press Office, was asked to remove his pants for a search. Safadi refused and left the premises.

In a statement, the Foreign Press Association complained of the “needless and humiliating body searches, and urges the PMO [Prime Minister’s Office] to train its personnel to treat fully accredited journalists in a respectful and professional manner.”

The FPA said it was an unjustified deviation from the “usual procedure of going through the electronic security gate as he has done many times in the past.

“The other agency photographers joined him in protest and left.”

The PMO reportedly called the photographer later, claiming there had been a ‘mistake,’ but by then the press conference was over.

Safadi experienced similar treatment in May 2016 when he went to cover a meeting between Netanyahu and French Prime Minister Manuel Valls. Then too Safadi refused and left.

In January 2011, the FPA threatened to boycott press conferences held by Netanyahu after an Al Jazeera news crew was subjected to a lengthy security check not demanded of other journalists.