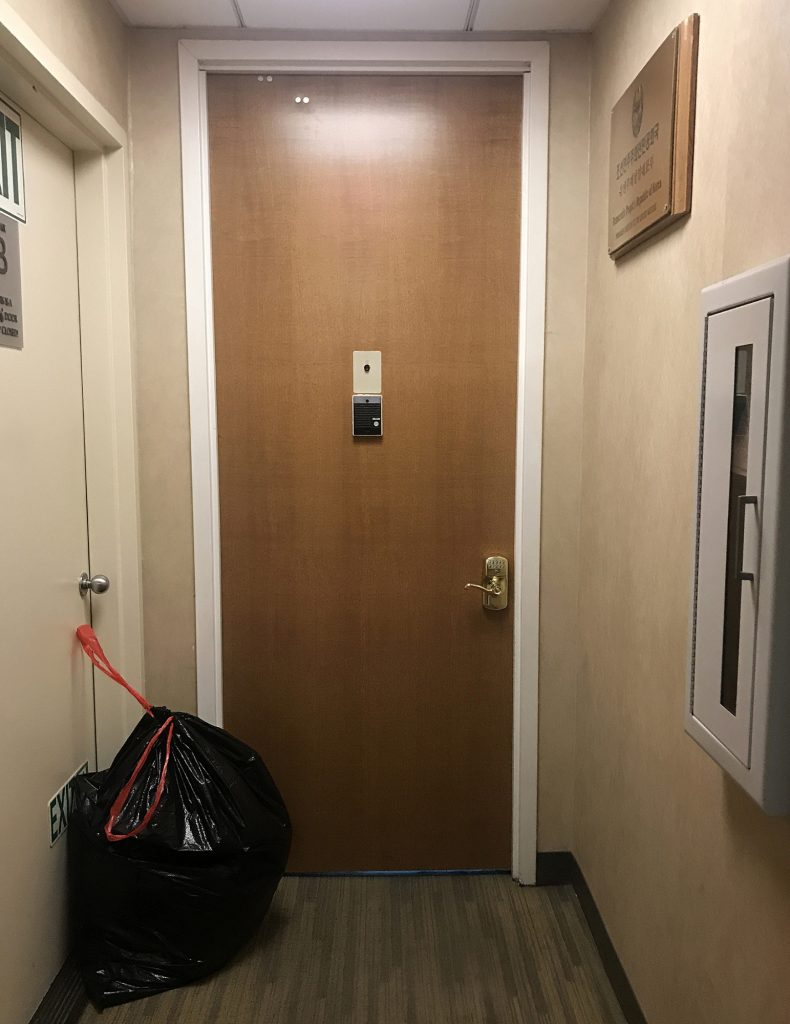 They’ve warned of impending nuclear war and charged the U.S. with usurping the U.N. Security Council in order to persecute their country. But apart from their occasional public jeremiads, North Korea’s United Nations envoys are often as isolated as the regime they represent.

From the drab hallways of their official offices to the U.N.’s cocktail party circuit, Ambassador Ja Song Nam and Deputy Ambassador Kim In Ryong can be hard to track down for diplomats and journalists alike.

“I’ve not met any North Koreans,” said Koro Bessho, the U.N. ambassador from Japan. “They are a secretive bunch.”

The U.N. may seem like hostile territory to North Korean diplomats. The organization’s Manhattan headquarters is in a country generations of North Koreans have been taught wants to annihilate them, a nation now led by a president that their leader Kim Jong Un called a “mentally deranged U.S. dotard.”

Moreover, defectors say North Korean diplomats are often required to leave family members, including children, behind to ensure they don’t defect or criticize the regime. That leaves little incentive to talk, even off the record, unless ordered to do so by officials in Pyongyang. The country’s U.N. mission has no official website, and the envoys seldom participate on U.N. panels.

“The folks at the U.N. mission are there to pass along messages and act on behalf of the leader rather than engage in some diplomatic give-and-take,” said Scott Seaman, a senior analyst at the Eurasia Group in New York.

North Korea’s U.N. mission is located on the 13th floor of a nondescript Manhattan office building above a Hallmark Cards store. The diplomatic outpost of the Democratic People’s Republic of Korea, as it’s formally called, shares the floor with the “Delegation of the Basque Country in the U.S.” and Cahn Capital Corp., an investment bank. A solid brown door, next to a fire escape, with a tiny spyhole is the gateway to the mission.

On repeated visits, no one answered the door and phone calls went unreturned. The mission’s lack of a bathroom is its most visible shortcoming: North Korean diplomats have to tread down the narrow corridor to the other end of the floor to a shared toilet facility.

On a recent trip, after repeated unanswered ringing of the mission’s doorbell, the door inched open and a man in casual clothes holding a toothbrush in one hand edged out, closing the door behind him. The man shook his head when asked about meeting the ambassador.

Tensions between the U.S. and North Korea are raising the envoys’ profiles. Ambassador Ja made headlines in September at the annual General Assembly of world leaders when he left his front-row seat in the main U.N. chamber and walked out just moments before President Donald Trump took to the podium.

The limited information on Ja — 63 years old, married, with children — comes from an official U.N. statement made when he arrived to take his post in 2014, briefly meeting in front of cameras with then-Secretary-General Ban Ki-moon.

Ja came to his current post after serving as director-general of the Department for National Reunification Affairs, according to the U.N. statement. It said he graduated from the University of International Relations, Pyongyang, in 1983. Before that he served in the army, according to a separate biography from the U.K.-based Royal United Services Institute, where Ja spoke in 2009.

At the U.N., Ja’s subordinate, Deputy Ambassador Kim, is better known by diplomats and the press corps for his more frequent public comments about tensions between Pyongyang and Washington.

At a reception for more than 100 U.N. diplomats and officials at the Russian mission in early October, Kim, in a brown suit, cut a lonely figure. While diplomats of different nations traded gossip and talked about strategy, Kim nibbled on Russian delicacies, sampled vodka and sipped white wine in the company of another North Korean envoy.

The deputy ambassador at times shows a penchant for charm. At the start of a rare news conference in April, Kim welcomed the gathered reporters and said he assumed they “enjoyed very much the weekend,” referring to a long holiday break.

Like North Korea’s leader, the deputy ambassador is skilled at rhetorical brinkmanship. On Oct. 16, he warned that a nuclear war between his country and the U.S. “may break out any moment.” In March, he blamed the U.S. and South Korea for killing Kim Jong Un’s estranged half-brother, Kim Jong Nam, who died after assailants wiped VX nerve agent across his face at Kuala Lumpur’s international airport.

“Bombastic threats are one of the DPRK’s standard diplomatic tactics,” said Joseph DeThomas, a former U.S. ambassador and State Department official who dealt with North Korea and is now a professor at the Pennsylvania State University.

Although the U.S. has no diplomatic relations with North Korea, diplomats from the country’s mission informally interact with U.S. officials and American citizens, a process referred to as the “New York channel,” said Keith Luse, executive director of the National Committee on North Korea, a nonprofit group that researches relations between the two countries.

“When active, the New York channel provides opportunities for U.S. and North Korean officials to engage in quiet dialogue aside from whatever tone of discourse may emanate from Pyongyang or Washington,” Luse said.

Pak Song Il, a senior North Korean diplomat, and his aide, Kwon Jong Gun, are based at the U.N. mission but are assigned to deal with the U.S., according to Stephen Noerper, senior director at the Korea Society in New York. It’s a critical role.

“Publicly, North Korea says it doesn’t care about the diplomatic effort and should be recognized as a nuclear power,” Noerper said. “At the same time, it is extremely concerned about the uptick in tensions and doesn’t know how to read Trump.”

The New York channel was shut down by Pyongyang in July 2016, after the Obama administration imposed sanctions on North Korea for human-rights abuses. It was reopened after Trump’s inauguration, said Isaac Stone Fish, a senior fellow at the Asia Society’s Center on U.S.-China Relations.