Community Manhattan Terror Attack: I Was There, and It Was Horrifying
Community 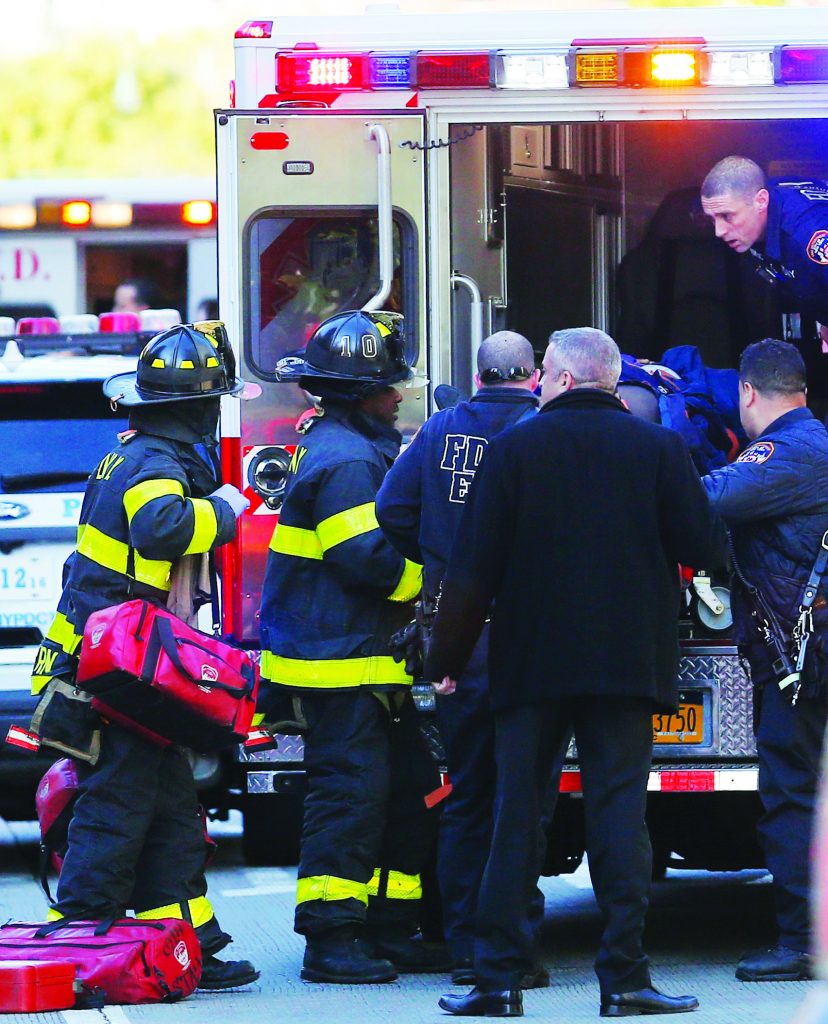 Terror on the West Side Highway? Is this the new normal? Heaven help us!

I was walking near the scene when I heard the familiar sound of yelling, sirens from all directions, people running tumultuously. Familiar, since we’ve heard this before on clips from Israel or London. Police first said it was road rage, but within minutes came to the horrifying conclusion that it was a terror attack.

“He screamed ‘Alla-u akhbar!’” someone near me was saying.

There’s nothing that bespeaks New Yawk in all its gritty crankiness and just-keep-moving attitude than the West Side Highway.

Tell me that a man in a road rage mowed down people along a main boulevard in Paris or London and you’ll get eye rolls reserved for hearing politically correct statements. But road rage on the West Side Highway is perfectly plausible.

Is ISIS, defeated in Syria, coming to the West Side Highway? We’ve survived al-Qaida coming to Lower Manhattan via hijacked airplanes. How will New York deal with religious crazies armed with trucks and the inspiration of Islam?

Is this a turning point in the United States? If yes, the next few years promise to be downright terrifying.

The NYPD is considered to be at the forefront of counterterrorism. If they couldn’t prevent this Islamist from his devious plans, it brings to mind the passuk in Tehillim, “If Hashem will not guard a city, its watcher keeps his vigil in vain.”