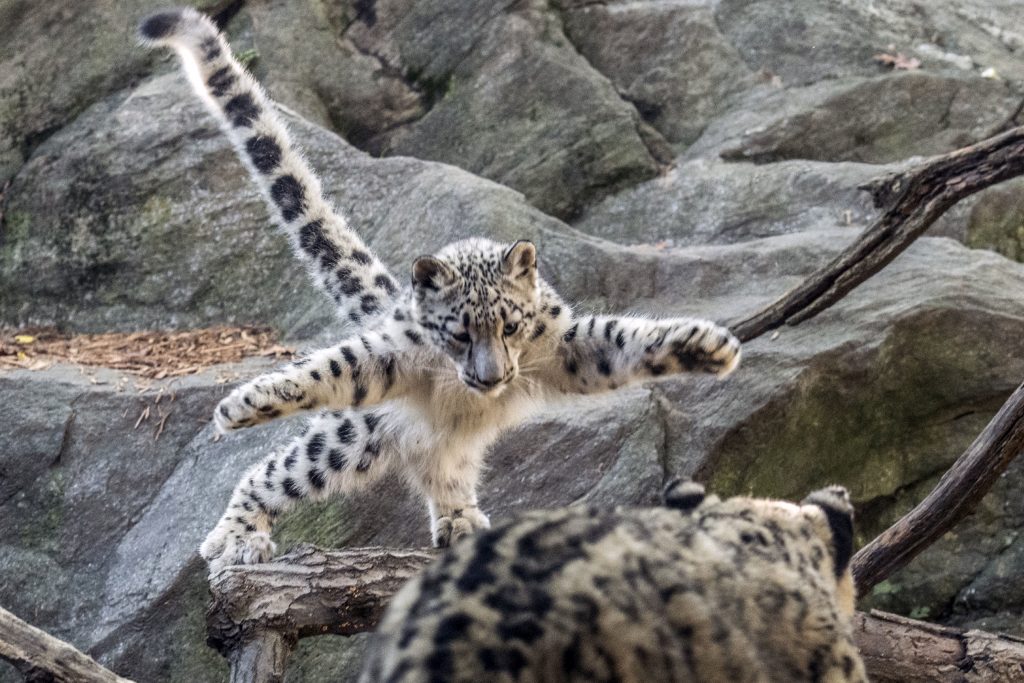 A baby “ghost cat” is making the Bronx its new haunt.

The Wildlife Conservation Society’s Bronx Zoo announced that the female snow leopard cub has made its public debut. Snow leopards are sometimes called “ghost cats” because their pale grey coats allow them to easily blend into rocks and snow.

The cub hasn’t been named yet. It is the second generation offspring of a famous snow leopard named Leo.

Leo was found as an orphaned cub in the high mountains of northern Pakistan in 2005. The cat was brought to the Bronx Zoo in 2006 in a historic collaboration with the U.S. and Pakistan governments.