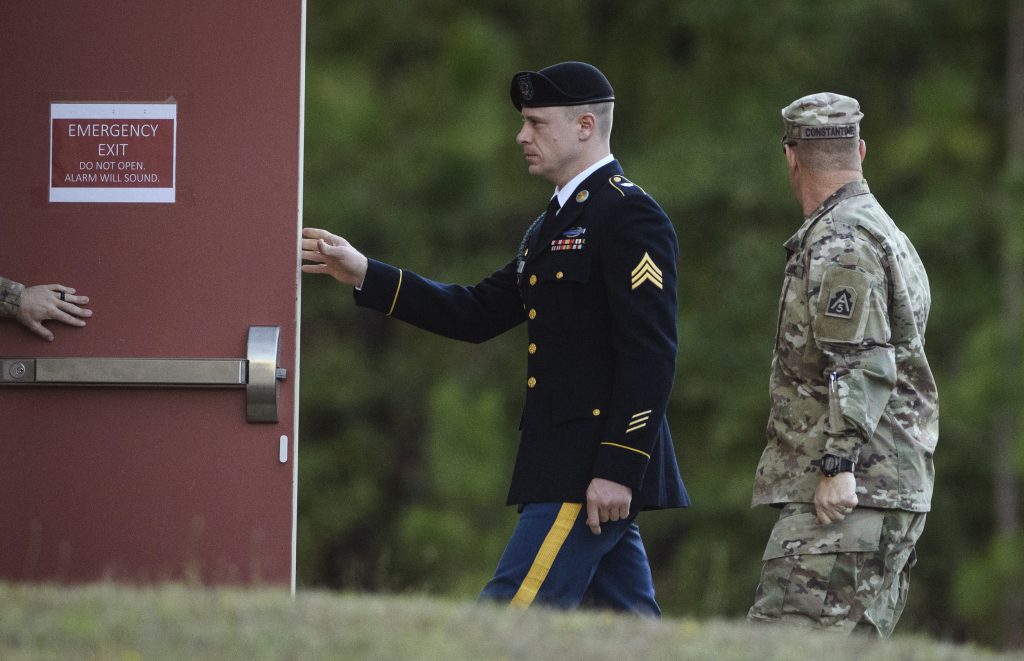 Army Sgt. Bowe Bergdahl was a “gold mine” of intelligence, helping the military better understand insurgents and how they imprison hostages, two agents testified Tuesday as defense attorneys sought to show the soldier’s contributions since he was returned in a prisoner swap.

The testimony at Bergdahl’s sentencing was meant to counter prosecution evidence favoring stiff punishment, including several service members who testified about wounds they suffered on search missions after Bergdahl’s 2009 disappearance. Bergdahl faces up to life in prison after pleading guilty to desertion and misbehavior before the enemy for walking off his remote post in Afghanistan in 2009.

The Army judge has wide leeway to decide Bergdahl’s sentence because he didn’t strike a plea agreement with prosecutors.

Amber Dach, who spent 16 years in military intelligence, was the primary analyst assigned to Bergdahl’s case for the five years after he disappeared. She described how eager he was to help intelligence officials at a hospital in Germany days after he was returned to U.S. authorities. Though his voice was weak and raspy, he helped authorities and even drew diagrams in his downtime to bring to his next debriefing session.

Dach and another official who debriefed Bergdahl both testified that his time in Germany was extended partly so he could offer additional time-sensitive intelligence.

“He was very motivated to just download all of the details that he recalled,” she testified. “It was a gold mine. It really reshaped the way we did intel collection in the area.”

An official from the military agency that helps reintegrate former captives and develops survival training for service members testified that information Bergdahl provided him was invaluable.

Terrence Russell, a division chief for the Joint Personnel Recovery Agency, developed a 1,200-page transcript from debriefing Bergdahl that was turned into a database. The information produced reports on tactics used by insurgents and hostage-takers in the region that are still used by the military.

Russell said he’d like to learn even more from Bergdahl but the soldier’s legal case has impeded that.

“Can you give him to me tomorrow? I need him. I need him now,” he said to a defense attorney. “The fact that I can’t get that information is wrong. I need that.”

He said he’d like to add Bergdahl to a roster of about 30 service members taken captive in recent conflicts dating to the Gulf War who can provide videos or lectures for military survival training.

“We don’t have very many examples coming out of Afghanistan,” he said.

He also reaffirmed his previous statements that Bergdahl’s captivity was worse than any American prisoner of war has experienced since the Vietnam era.

On Monday, Bergdahl began the defense presentation by apologizing to those wounded searching for him. He also described the brutal conditions he faced, including beatings with copper wire and unending bouts of gastrointestinal problems brought on by squalid conditions. He said he was kept in a cage for four out of the five years in captivity after several escape attempts. He said his muscles became so weak he could barely stand or walk.

Russell, who’s debriefed more than 100 former hostages and prisoners of war, said Bergdahl’s time in the cage was damaging psychologically because he was kept in isolation nearly the entire time.

“They simply shut the door. Long-term isolation. Psychological abuse,” he said. “It was extreme neglect. They just let him nearly rot inside that cage for four years.”

The defense showed the court images of a replica of the cage that Russell’s agency built, using Bergdahl’s sketches. Russell uses it for survival training.

The 31-year-old soldier from Hailey, Idaho, was brought home by President Barack Obama in 2014 in a swap for five Taliban prisoners at Guantanamo Bay. Obama said at the time the U.S. does not leave its service members on the battlefield. Republicans roundly criticized Obama, and Donald Trump went further while campaigning for president, repeatedly calling Bergdahl a “dirty, rotten traitor” who deserved to be executed by firing squad or thrown out of a plane without a parachute.