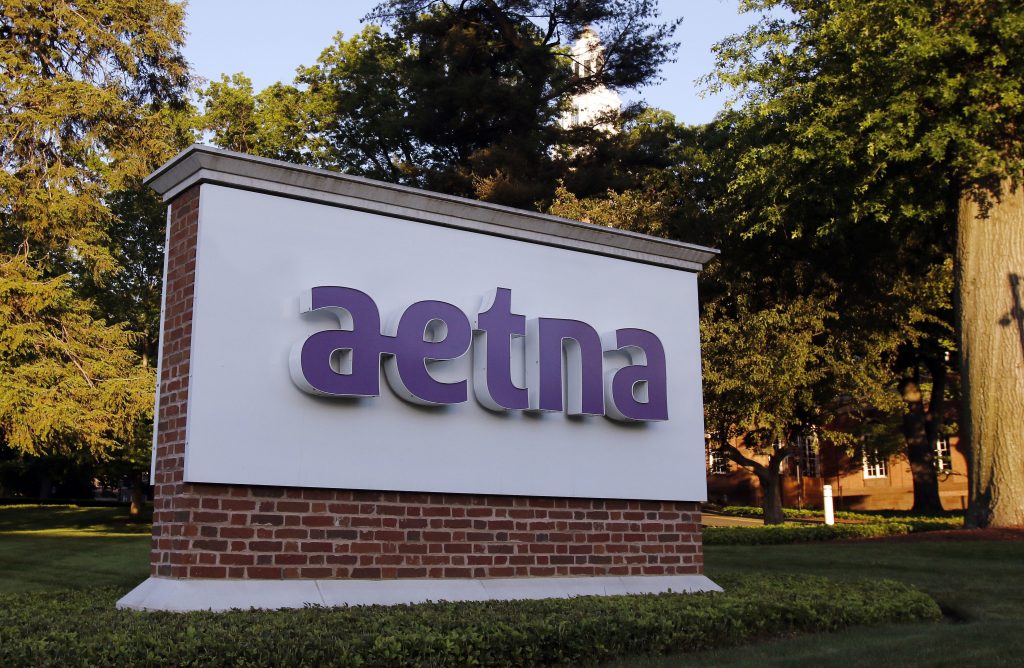 Aetna trumped third-quarter earnings expectations and raised its 2017 forecast again, even as the health insurer’s withdrawal from the Affordable Care Act’s insurance marketplaces contributed to a revenue miss.

The nation’s third-largest insurer balanced a 5-percent drop in revenue with a bigger decrease in health-care costs and improvements in its Medicare Advantage business. Overall net income jumped 39 percent, to $838 million.

While detailing third-quarter results Tuesday, Aetna leaders stayed quiet on a report from late last week that drugstore chain and pharmacy benefits management giant CVS intends to buy the insurer. Chairman and CEO Mark Bertolini said at the start of a call with analysts that they wouldn’t comment on “rumors or speculation.”

Health insurance is Aetna’s main product, and most of its enrollment of more than 22 million people comes from commercial coverage sold through employers or directly to individuals.

But the insurer and its competitors also have been growing their business tied to government-funded Medicare and Medicaid programs. Aetna said Tuesday that contributions from government business now represent more than half the company’s total health care premiums.

Insurers also have been scaling back their presence in another government-backed market: the ACA’s marketplaces. The sign-up window for 2018 coverage starts Wednesday, and Aetna intends to sit that one out by completely leaving the market for next year.

Aetna once covered more than 900,000 people through the ACA’s insurance marketplaces, but it rapidly scaled back participation after being hit with steep losses. Insurers have struggled in those marketplaces with a sicker-than-expected patient population and not enough healthy customers, among other challenges.

Aetna’s ACA pullback and a moratorium on a health insurance tax contributed to a third-quarter revenue drop. On the flip side, the insurer’s health care costs fell 6 percent to $10.41 billion in the quarter.

Overall, Aetna reported earnings of $2.45 per share when adjusted for one-time charges and gains. Adjusted revenue, which excludes items like capital gains, fell to $14.95 billion from $15.74 billion.

Analysts expected earnings of $2.06 per share on $15.11 billion in revenue, according to Zacks Investment Research.

Aetna also said it now expects full-year adjusted earnings of about $9.75 per share, which is up from its projection in August for $9.45 to $9.55 per share.

The new forecast also is well above Wall Street expectations. Analysts predict earnings of $9.55 per share for 2017, according to FactSet.

Shares of the Hartford, Connecticut, insurer had climbed 38 percent since the beginning of the year. The stock price spiked late last week after The Wall Street Journal reported that CVS Health Corp. is interested in buying Aetna. The newspaper, citing people familiar with the matter, said CVS might pay more than $200 a share in a deal that could be worth more than $60 billion.

Analysts say a combined company could have several advantages for corralling costs and that it would be better equipped to manage customer health and help people avoid expensive hospital trips.