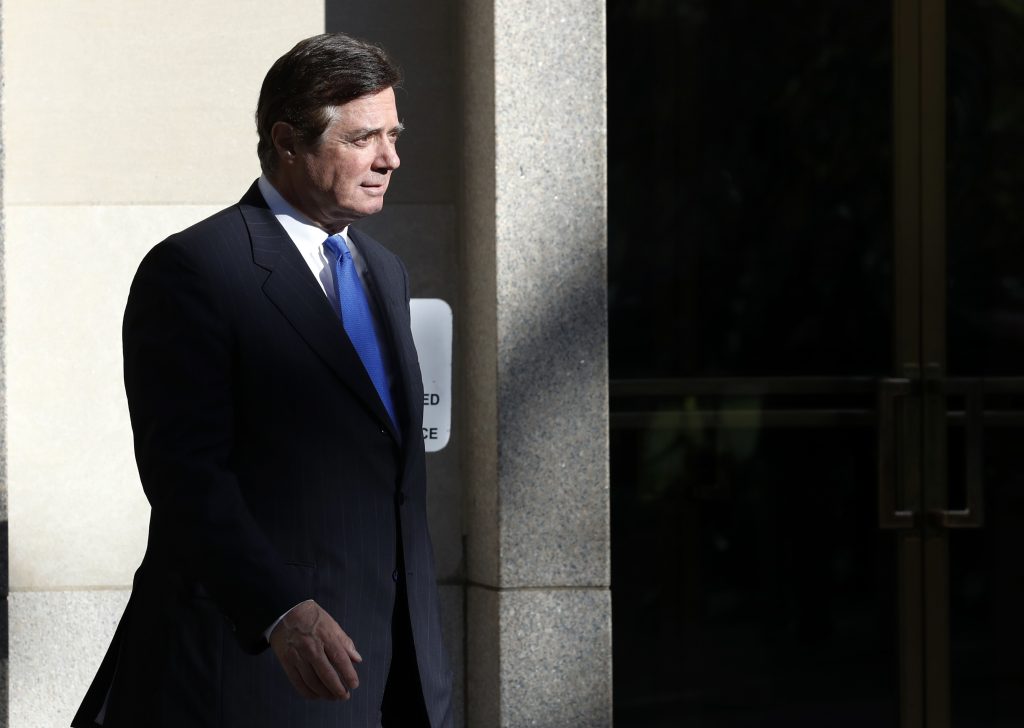 A former campaign adviser to President Donald Trump has pleaded guilty to lying to the FBI about his contacts with Russians, special counsel Robert Mueller said Monday, while Pres. Trump’s former campaign manager and that official’s business partner pleaded not guilty to felony charges of conspiracy against the United States and other counts.

The guilty plea by former adviser George Papadopoulos marked the first criminal case that cites interactions between Trump campaign associates and Russian intermediaries during the 2016 presidential campaign. The developments ushered Mueller’s sprawling investigation into a new phase with felony charges and possible prison sentences for key members of the Trump team.

Court papers also revealed that Papadopoulos was told about the Russians possessing “dirt” on Democrat Hillary Clinton in the form of “thousands of emails” on April 26, 2016, well before it became public that the Democratic National Committee and Clinton campaign chairman John Podesta’s emails had been hacked.

Papadopoulos has been cooperating with investigators, according to court papers, a potentially ominous sign for others in the Trump orbit who might be implicated by his statements.

“He was not paid by the campaign,” Sanders said, adding later: “Any actions that he took would have been on his own.”

She said the White House has had “indications” that Mueller’s investigation would conclude “soon.”

The president quickly tweeted about the allegations against Manafort, saying the alleged crimes were “years ago,” and insisting there was “NO COLLUSION” between his campaign and Russia.

He added, as he has a number of times recently, “Why aren’t Crooked Hillary & the Dems the focus?????”

Manafort and Gates appeared in federal court in Washington and pleaded not guilty to all charges.

Papadopoulos’ plea occurred on Oct. 5 and was unsealed Monday. In court papers, he admitted lying to FBI agents about the nature of his interactions with “foreign nationals” who he thought had close connections to senior Russian government officials. Those interactions included speaking with Russian intermediaries who were attempting to line up a meeting between Pres. Trump and Russian President Vladimir Putin and offering “dirt” on Clinton.

The court filings don’t provide details on the emails or whom Papadopoulos may have told about the Russian government effort.

The FBI interviewed Papadopoulos about his Russian connections on Jan. 27, a week after Pres. Trump’s inauguration. The interview predates Mueller’s appointment but was part of the FBI probe into Russian election interference that he has taken over.

Papadopoulos was arrested over the summer at Dulles International Airport and has since met with the government “on numerous occasions to provide information and answer questions.”

The separate charges against Manafort and Rick Gates contend the men acted as unregistered foreign agents for Ukrainian interests. The indictments also include other financial counts involving tens of millions of dollars routed through offshore accounts.

Manafort’s indictment doesn’t reference the Trump campaign or make any allegations about coordination between the Kremlin and the president’s aides to influence the outcome of the election in Pres. Trump’s favor. The indictment does allege a criminal conspiracy was continuing through February of this year, after Pres. Trump had taken office.

The indictment filed in federal court in Washington accuses both Manafort and Gates of funneling payments through foreign companies and bank accounts as part of their political work in Ukraine. The two men surrendered to federal authorities Monday, and were expected in court later in the day to face the charges brought by Mueller’s team.

The indictment lays out 12 counts including conspiracy against the United States, conspiracy to launder money, acting as an unregistered foreign agent, making false statements and several charges related to failing to report foreign bank and financial accounts. The indictment alleges the men moved money through hidden bank accounts in Cyprus, St. Vincent and the Grenadines and the Seychelles.

In total, more than $75 million flowed through the offshore accounts, according to the indictment. Manafort is accused of laundering more than $18 million.

A spokesman for Manafort did not immediately return calls or text messages requesting comment. Manafort and Gates have previously denied any wrongdoing.

Manafort, 68, was fired as Pres. Trump’s campaign chairman in August 2016 after word surfaced that he had orchestrated a covert lobbying operation on behalf of pro-Russian interests in Ukraine. The indictment against Manafort and Gates was largely based on activities disclosed in August 2016 by The Associated Press, which reported that the pair had orchestrated a covert Washington lobbying operation on behalf of Ukraine’s ruling political party.

Citing internal emails, the AP noted that Gates personally directed the work of two prominent Washington lobbying firms, Mercury LLC and the Podesta Group. The indictment doesn’t refer to the companies by name.

Specifically, the indictment accuses Manafort of using “his hidden overseas wealth to enjoy a lavish lifestyle in the United States, without paying taxes on that income.” That included using offshore accounts to purchase multimillion-dollar properties in the U.S., some of which the government is seeking to seize.

Mueller was appointed as special counsel in May to lead the Justice Department’s investigation into whether the Kremlin worked with associates of the Trump campaign to tip the presidential election.

The appointment came one week after the firing of James Comey, who as FBI director led the investigation, and also followed the recusal months earlier of Attorney General Jeff Sessions from the probe.

Manafort joined Pres. Trump’s campaign in March 2016 and oversaw the Republican National Convention delegate strategy. Pres. Trump pushed him out in August amid a stream of negative headlines about Manafort’s foreign consulting work.

Pres. Trump’s middle son, Eric Trump, said in an interview at the time that his father was concerned that questions about Manafort’s past were taking attention away from the billionaire’s presidential bid.

Manafort has been a subject of a longstanding FBI investigation into his dealings in Ukraine and work for the country’s former president, Viktor Yanukovych. That investigation was incorporated into Mueller’s broader probe. In July, his investigators raided one of Manafort’s homes in Virginia, searching for tax and international banking records.

Previously, he denied any wrongdoing related to his Ukrainian work, saying through a spokesman that it “was totally open and appropriate.”

Manafort also recently registered with the Justice Department as a foreign agent for parts of Ukrainian work that occurred in Washington. The filing under the Foreign Agents Registration Act came retroactively, a tacit acknowledgment that he operated in Washington in violation of the federal transparency law. The indictment Monday accuses Manafort and Gates of making several false and misleading statements in that FARA filing.

Mueller’s investigation has also reached into the White House, as he examines the circumstances of Comey’s firing. Investigators have requested extensive documents and have interviewed multiple current and former officials.

Mueller’s grand jury has also heard testimony about a June 2016 meeting at Trump Tower in New York attended by a Russian lawyer as well as Manafort, Donald Trump Jr. and the president’s son-in-law, Jared Kushner.

In Gates, Mueller brings in not just Manafort’s chief deputy, but a key player from Pres. Trump’s campaign who survived Manafort’s ouster last summer. As of two weeks ago, Gates was still working for Tom Barrack, a Trump confidant, helping with the closeout of the inauguration committee’s campaign account.