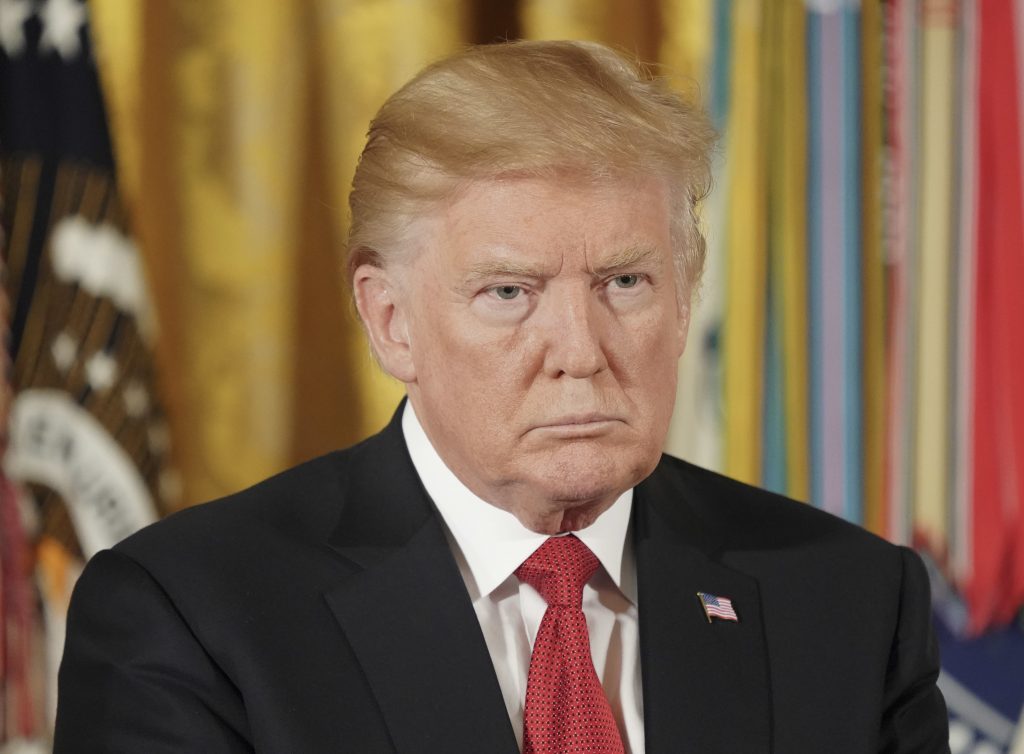 President Donald Trump said alleged misdeeds by ex-campaign chairman Paul Manafort were “years ago,” and asserted there was “NO COLLUSION!” between his campaign and the Russian government.

Responding to news that two former senior campaign aides were charged by special counsel Robert Mueller, the president asked on Twitter why “Crooked Hillary & Dems” aren’t the focus of the probe. His Twitter response marked the first official comment by the White House on the news that Manafort and Rick Gates turned themselves into federal authorities in the first arrests in Mueller’s probe into Russian involvement in the 2016 election.

The indictment against Manafort and Gates alleges criminal activity through “at least 2016.”

Over the weekend, Trump took to Twitter to allege that the “facts are pouring out” about links to Russia by his former presidential opponent, Hillary Clinton.

“DO SOMETHING!” Trump urged in one of five morning tweets.

Ty Cobb, a member of Trump’s legal team, said the president was not referring to CNN’s reporting.

“Contrary to what many have suggested, the president’s comments today are unrelated to the activities of the special counsel, with whom he continues to cooperate,” Cobb said in a statement Sunday.

On Monday, Mueller’s office announced that another Trump aide, George Papadopolous, pleaded guilty to lying to the FBI about his contacts with a Russian national during his time on the Trump campaign.

Trump and the White House insist there was no collusion between his presidential campaign and Russia. Both have pointed a finger at Clinton and have suggested that the real story of collusion with Russia is the sale of uranium to Moscow when Clinton was secretary of state.

U.S. intelligence agencies have concluded that Russia interfered with the election to benefit Trump, a finding that Trump has not fully accepted. Mueller and Congress are looking into allegations of ties between Trump associates and Russia.

In the tweets, Trump referenced the fact that Clinton’s presidential campaign helped fund political research into Trump that ultimately produced a dossier of allegations about his ties to Russia. He also pointed to the uranium sale, the tens of thousands of emails from Clinton’s time at the State Department that she later deleted from a private email server, and the decision by then-FBI Director Jim Comey to not bring criminal charges against Clinton for possible mishandling of classified information.

“Instead they look at phony Trump/Russia ‘collusion,’ which doesn’t exist. The Dems are using this terrible (and bad for our country) Witch Hunt for evil politics, but the R’s are now fighting back like never before,” Trump says across several tweets. “There is so much GUILT by Democrats/Clinton, and now the facts are pouring out. DO SOMETHING!”

In a final tweet on the subject, Trump suggests that Russia’s re-emergence into the conversation is no accident.

“All of this ‘Russia’ talk right when the Republicans are making their big push for historic Tax Cuts & Reform. Is this coincidental? NOT!”

On Wednesday, Republican lawmakers are scheduled to release a tax cut bill being pushed by the GOP lawmakers and Trump.