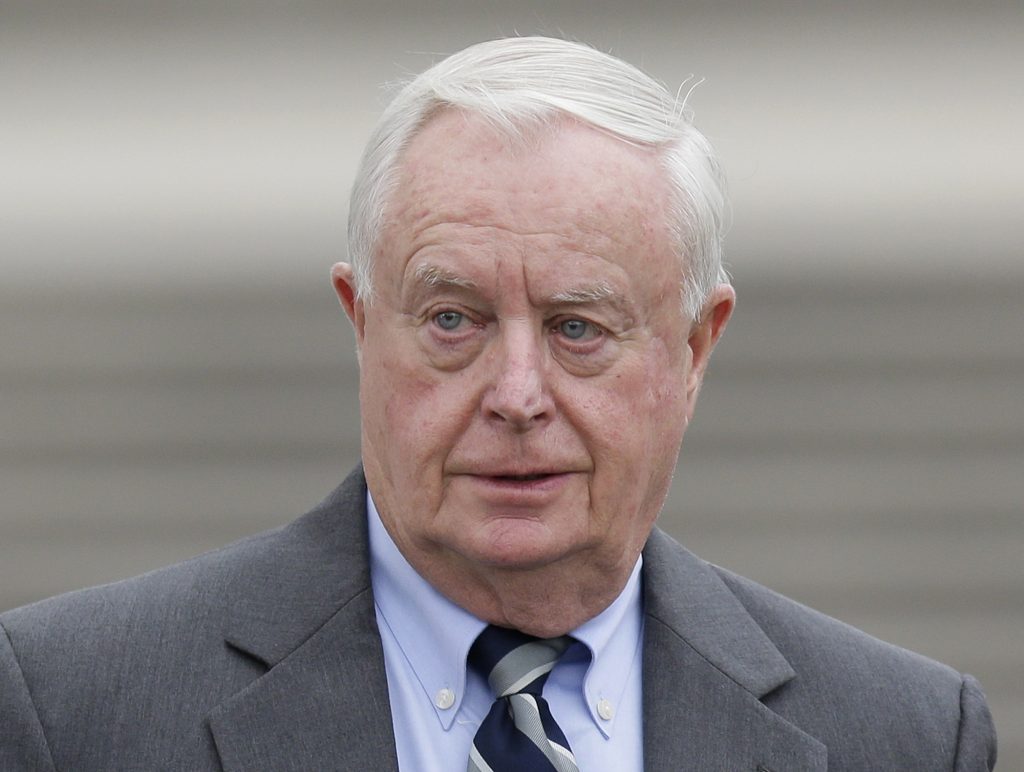 A district attorney on eastern Long Island who was indicted on charges that he helped cover up the beating of a handcuffed prisoner by a police chief yielded to mounting pressure to leave office and announced Thursday that he will retire after 16 years in office.

Thomas Spota, 76, issued a statement saying he will retire “at the earliest opportunity after the resolution of normal administrative matters relating to my retirement.”

He said he has notified Democratic Gov. Andrew Cuomo of his decision. Spota, also a Democrat, and the chief of his anti-corruption bureau, Christopher McPartland, are accused of obstructing an FBI investigation that led to the conviction of former county Police Chief James Burke.

Both pleaded not guilty at their arraignment Wednesday in federal court on Long Island.

Prosecutors said the two officials “violated their positions of trust and operated in a manner more akin to a criminal enterprise than a district attorney’s office.

A spokesman for the Suffolk County district attorney’s office said McPartland “has been reassigned to administrative and legal duties unrelated to his former responsibilities until further notice.”

Spota’s announcement comes as a growing bipartisan list of officials in the county called for the prosecutor to step down. Spota had previously said he is not seeking reelection next month.

Last year, Burke was sentenced to nearly four years in prison for orchestrating a department cover-up after beating a handcuffed man for stealing embarrassing items from his department-issued SUV. Burke was a longtime protege of Spota’s and once worked as an investigator in the district attorney’s office before being named chief of the Suffolk County Police Department, one of the largest suburban departments in the country with 2,500 officers.

As a child, Burke was the key witness in a murder trial of a boy in a case prosecuted by Spota, who was then an assistant district attorney.

In a presentencing letter, prosecutors said “high-ranking officials” from other county agencies helped Burke silence potential whistleblowers after he pummeled an addict who had taken his gun belt, ammunition and a box of cigars.

Officers subpoenaed by FBI agents investigating the 2012 beating were interrogated afterward about whether they had talked, prosecutors said. Unnamed co-conspirators had warned some that if they admitted wrongdoing, their union would not pay their legal fees, prosecutors said.

According to the indictment, Spota, McPartland, Burke and other police officers had numerous meetings and telephone conversations discussing the assault of John Doe and how to conceal Burke’s role in the assault.