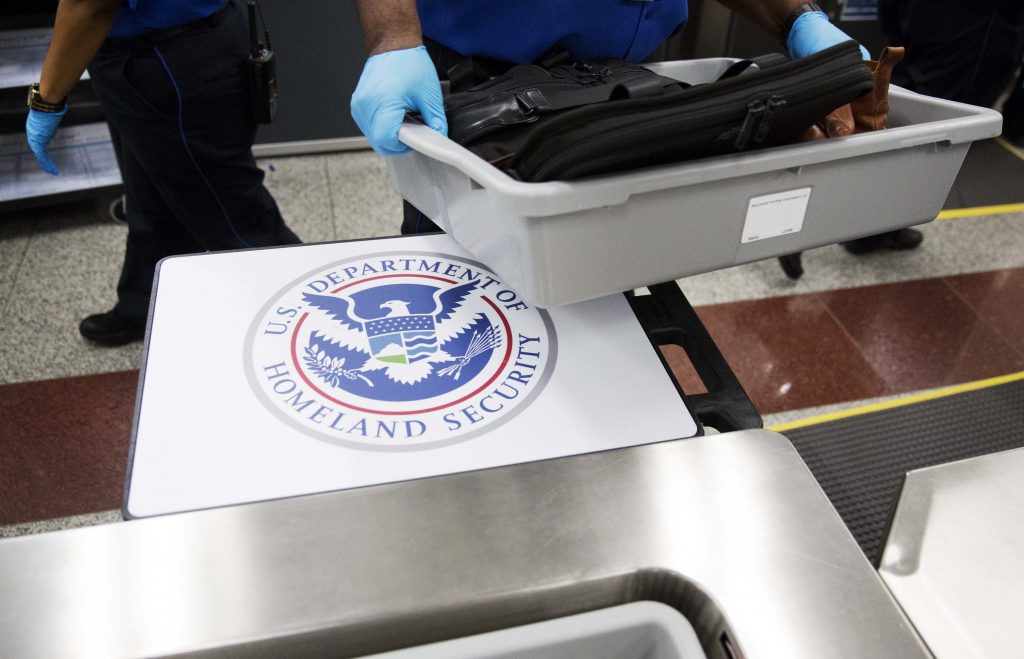 What do cameras, e-readers, Game Boys, tablets, CPAP machines, DVD players and Barbie B-Books have in common? They are all electronics that go on vacation and must now join laptops in the security checkpoint bins.

Since July, travelers at 10 airports have been removing electronics larger than cellphones, as part of the Transportation Security Administration’s security enhancement plan. (The airports are in Colorado Springs; Detroit; Boise, Idaho; Phoenix; Boston; Los Angeles; Fort Lauderdale-Hollywood, Florida; Las Vegas; Lubbock County, Texas; and San Juan, Puerto Rico.) Now, it’s the rest of the country’s turn. Over the next few weeks and months, TSA will introduce the procedure at airports around the nation; the three Washington-area airports have already converted several security lanes. The agency installed signage to help travelers, though the practice will ring familiar to most passengers.

“People have been doing this for years with their laptops,” said TSA spokesperson Lisa Farbstein, “so it’s not a stretch.”

Members of Pre-Check, the trusted-traveler program, are exempt from the new rule.

The agency determined that placing the devices in bins helps agents better inspect the interior of carry-on bags as well as the electronics themselves. (Make sure the item is set apart from other items, with nothing on top of or beneath it.) During a demonstration at Washington Dulles International Airport, Farbstein showed how terrorists can hide explosive substances inside electronics. She held up an e-reader with a wire hanging out of the bottom like a rat tail. She removed the battery cover of a child’s pink e-toy to reveal a black powdery substance clinging to the batteries. She lifted the keyboard of a laptop to expose a battery pack, pouch of explosives and switch.

“We know the threat is real.” Farbstein said, referring to intelligence reports warning of an increasing risk of terrorists targeting airplanes and the aviation industry.

To declutter your luggage and lower the probability of a bag check, Farbstein recommends placing food items in the plastic containers. Or, consolidate edible goods in one pocket or corner of your bag, for easy inspection.

The amped-up security also extends overseas. A new initiative to step up screening went into effect last week, and applies to U.S.-bound travelers (roughly 325,000 a day) departing from 280 airports in more than 100 countries. Measures include the use of explosive-detection dogs, advanced checkpoint screening technology, heightened security in passenger areas and around the planes, pre-boarding interviews, closer inspection of documents – or a combination of all of the above. The procedures could slow the check-in process, and TSA urges travelers to contact the airline they’ll be flying for recommendations on airport arrival times. Delta, for one, suggests three hours.