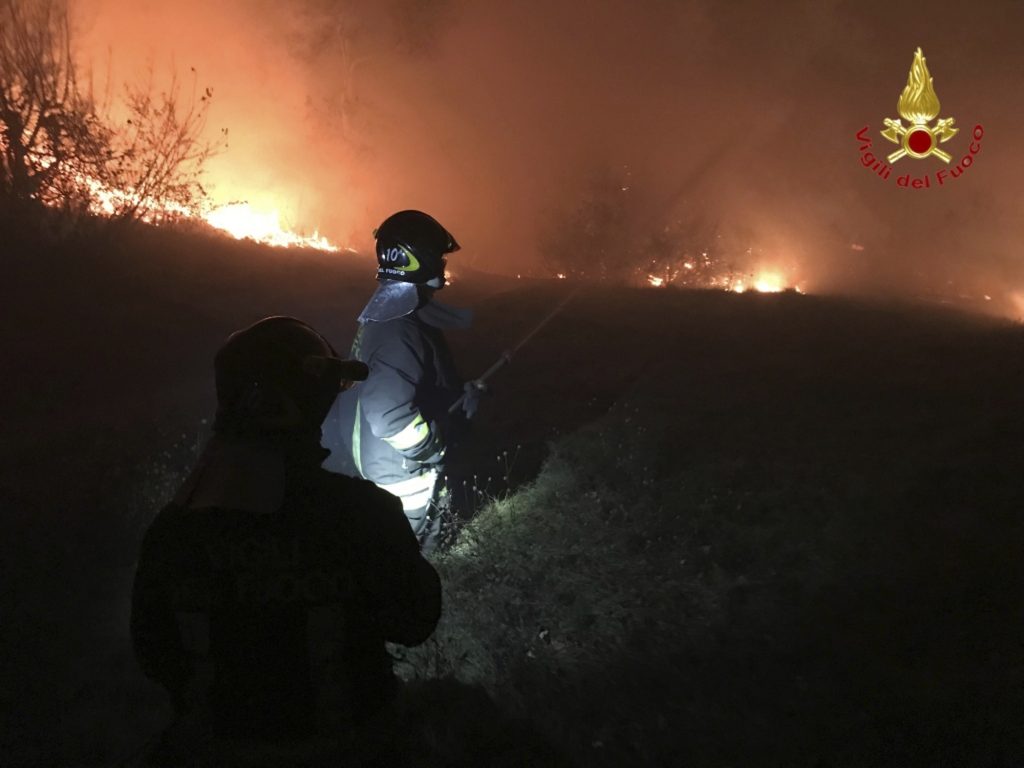 Switzerland is sending three helicopters to help Italian firefighters try to extinguish forest fires that have been scorching parts of northern Italy for days and have forced the evacuation of hundreds of people.

Authorities in Piedmont and Lombardy are seeking to have a state of emergency declared for their regions, which have been hit by an abnormally dry summer, little rainfall and winds that have helped spread the flames. The smoke has contributed to a thick cloud of choking smog that has covered northern Italy for days.