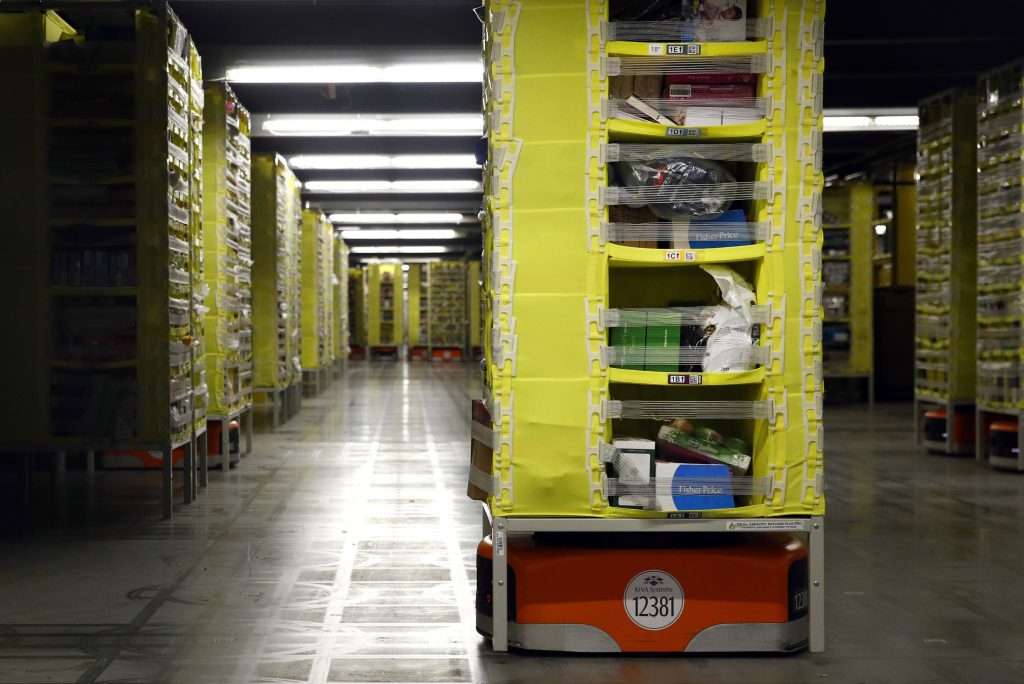 In 23 years, Amazon has transformed itself from a relatively unknown online retailer into a behemoth that has toppled traditional big-box stores by attracting consumers to its speedy home delivery model and low prices.

Now, on the heels of acquiring the Whole Foods grocery chain, some analysts say Amazon has set its sights on entering the pharmaceutical industry, in particular Express Scripts’ territory of managing prescription drugs for millions of Americans.

Analysts at Boston-based Leerink Partners say it’s no longer a question of if Amazon enters the industry but when — even though many details are still unclear, such as the type of business model the online retailer is likely to pursue.

If the analysts are right, how would Amazon’s entry into the prescription drug management business affect Express Scripts? Could the St. Louis-area company, a leading local employer, become an acquisition target by Amazon?

There are no clear answers, but Leerink, in its Oct. 5 report, says Amazon should be taken seriously.

“While (Amazon) is likely still researching what its ultimate strategy should look like, with (75 million Prime members), seemingly unlimited resources, and highly advanced technology capabilities, we believe (Amazon) can create disruption to the existing market,” Leerink wrote.

Express Scripts operates as a standalone PBM. CVS leverages its 9,700 retail pharmacy locations to manage prescriptions for its clients. UnitedHealth’s OptumRx operates under the umbrella of its health insurance business, which is the nation’s largest.

PBMs act as the middleman between drug manufacturers and employers or health plans. They negotiate drug prices on behalf of their clients and decide what drugs are covered — and ones that aren’t.

Because of that role, the PBMs have been criticized by some for playing a role in soaring drug prices. The acrimonious breakup of Express Scripts and health insurer Anthem helped fuel the debate about pricing. Anthem has accused Express Scripts of overcharging by $3 billion a year, a charge vigorously disputed by Express Scripts. Their divorce became official this month, with Anthem saying it would take its pharmacy management business in-house with the help of CVS, beginning in 2020.

But speculation over Amazon’s intent has moved the stock prices of the companies in the pharmaceutical space. Express Scripts tumbled nearly 3 percent on Oct. 6, a day after the Leerink report was publicized; it slipped another 2 percent on Oct. 9, after brokerage Raymond James downgraded the stock to “underperform,” citing the company’s vulnerability to “escalating competitive pressures,” alluding to the Amazon threat. Express Scripts stock is down more than 14 percent since the beginning of the year.

What attracts Amazon to the PBM industry, some analysts said, is the opportunity for profit and a way to “develop deeper relationships with consumers,” said Patrick Finnegan, an analyst with Fitch Ratings.

Amazon’s core business is being able to fulfill orders and ship retail goods to consumers all across America. About 75 million Amazon customers pay a set fee each year to be able to receive their orders in two days or less. The program is known as Amazon Prime.

“Mail order is the most likely point of entry and is ripe for disruption,” according to the Leerink report.

It’s the mail order pharmacies of some other PBMs, including Express Scripts’, that have been “besieged by poor customer service and complaints,” according to the Leerink report.

However, analysts warn that the PBM industry is not as simple as shipping drugs.

“But at the end of the day, you really do have an awful lot of barriers that need to be addressed. They’re not insurmountable, but I don’t think it’s as easy as selling retail products,” Finnegan said.

If Amazon does not decide to build up its PBM internally, an option would be to acquire an existing PBM, potentially Express Scripts, according to Leerink, although the analysts there think a mid-sized acquisition would be more likely.

Or, Amazon could partner with an existing PBM like Express Scripts, which Leerink says could drive more volume and capture market share from retail pharmacies who are more at risk of Amazon’s entry into the market, particularly with the availability to use Whole Foods locations as pharmacies, too.

For Express Scripts, a partnership with Amazon could “potentially allow it to recapture lost business, retain its large (Defense Department) contract, and increase volumes,” according to the Leerink report.

Express Scripts CEO Tim Wentworth said in a recent earnings call that he’s open to talks with Amazon. “We’d be interested in working with them.”