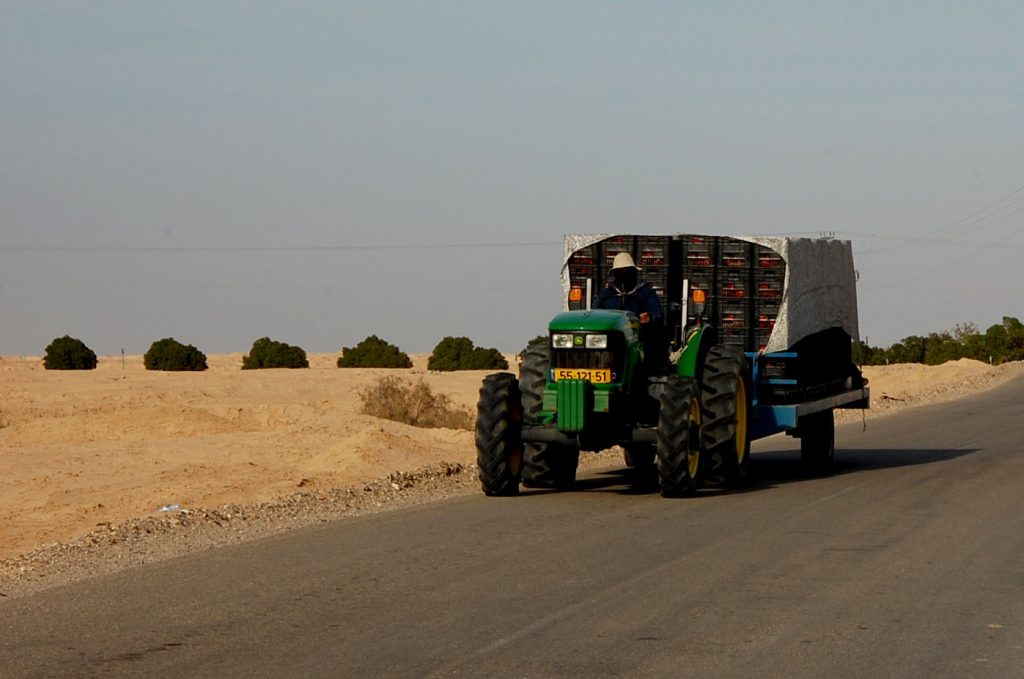 Indictments were filed Sunday against 20 Arabs who took part in what police said was one of the biggest-ever agricultural theft operations ever seen in Israel. A total of 70 illegal Arabs were arrested for stealing produce and equipment from Moshav Shekef in southern Israel, adjacent to Palestinian Authority-controlled territory, about a week and a half ago.

According to farmers, the thieves did some NIS 300,000 ($85,130) of damage to the farms. The thieves are being charged with a range of crimes, from trespassing to illegally entering Israel without a permit, to theft and vandalism.

According to the indictments, the thieves and their accomplices – many of whom were minors – made their way threw a sewage tunnel under a security wall around the moshav, and made their way to orchards and hothouses, armed with baskets, bags and tools to make a quick “harvest.”

Several vehicles were also on site – police believe these were likely stolen – and the thieves quickly filled their bags with tomatoes and grapes, and loaded the vehicles with them. The activity was observed by an Israeli driver, who alerted IDF troops to the suspicious activity.

When soldiers arrived, a number of the gang dropped their bags and ran back to PA-controlled areas, while others tried to hide in the vineyards and hothouses. They were ferreted out by soldiers and farmers, who joined in the search.

The Arabs were from the village of Beit Awwa, near Chevron. Officials said that they had managed to steal 31 tons of produce from the moshav. Most of the produce was still on site, and was returned to farmers. Four vehicles belonging to the thieves were seized. Officials said that the thieves had caused a great deal of damage to the moshav, destroying trees and and plants as they worked in the dark.

In a statement, Border Guards said that “this was a well-planned operation in what appears to be one of the biggest-ever attempts at agricultural theft in recent years. We are proud of the forces that were able to prevent this theft, catching the thieves while they were in the act.”

A Knesset report on the incidents shows that fires at farms and orchards, and theft of livestock and cattle, happen on a regular basis, and on a large scale. In recent weeks, a major fire in a packing house in the Galilee town of Yesod Ham’alah was burned down, causing damage of NIS 10 million ($2,837,673). Another attack on Kibbutz Revivim in the south destroyed millions of shekels worth of produce. According to the report, losses due to these activities amount to as much as NIS 900 million ($255,345,930) a year. Despite this, few of these crimes are prosecuted.

Overnight Sunday, security officials said they arrested 26 wanted security suspects in other areas in Yehudah and Shomron. The suspects were wanted for participating in rioting and throwing stones and firebombs that endangered Israeli civilians and IDF soldiers. Several of the suspects were also charged with belonging to Hamas. All were being questioned on their activities by security forces.