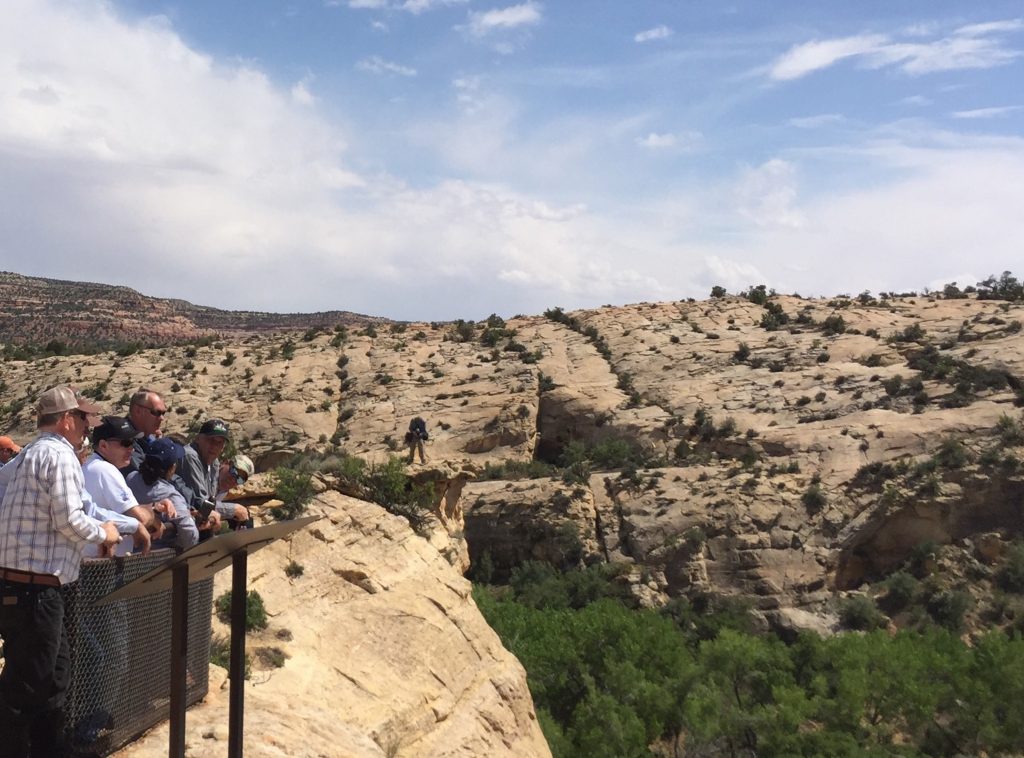 Sen. Orrin Hatch, R-Utah, said President Donald Trump told him that he plans to shrink the boundaries of Bears Ear and Grand Staircase Escalante national monuments, the first hint of Trump’s plans under a review of national monuments established under Democratic administrations.

Hatch said Trump assured him during a phone call Friday that he planned to reduce the size of both monuments, scenic gems of southern Utah wilderness that had been protected from mining and other development by Presidents Barack Obama and Bill Clinton.

The announcement was met with delight in southern Utah, where there is strong opposition to federal controls on the use of public lands, and promises by environmental groups to block the boundary change.

“I was incredibly grateful the president called this morning to let us know that he is approving Secretary Zinke’s recommendation on Bears Ears,” Hatch said in a statement, referring to Interior Secretary Ryan Zinke, who has undertaken a study of national monuments across the country.

“We believe in the importance of protecting these sacred antiquities, but Secretary Zinke and the Trump administration rolled up their sleeves to dig in, talk to locals, talk to local tribes and find a better way to do it,” Hatch said.

Grand Staircase Escalante, renowned for its paleontological resources, was established by Clinton in 1996 near Utah’s border with Arizona.

Zinke in September proposed boundary changes for 10 national monuments, and the outcome of the full review is expected soon.