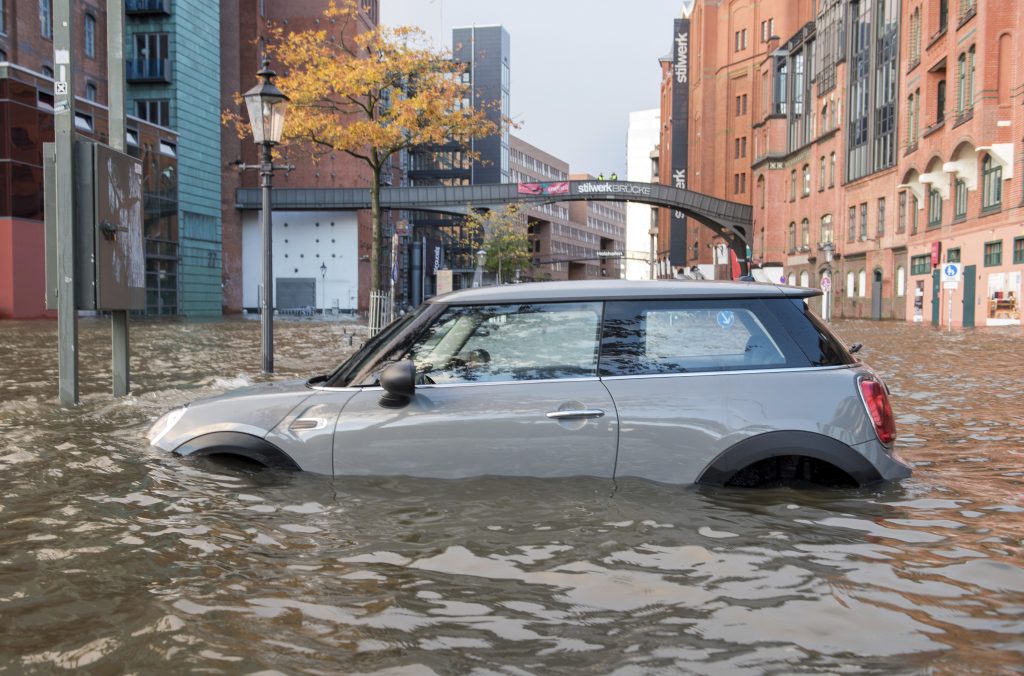 Storm Herwart, whose gusts reached 112 mph, also caused electricity blackouts in hundreds of thousands of homes in the Czech Republic, Austria and other countries.

A Lufthansa flight from Houston to Frankfurt made an emergency landing in the southwestern German city of Stuttgart early Sunday because of the strong winds.

Two people died in Poland, including a man who drove his car into a tree that had been knocked down by the storm, fire department spokesman Pawel Fratczak said. The second man was killed when a tree fell on his car in southwestern Poland and his passenger was hospitalized, Polish media reported.

Two others were killed in the Czech Republic when they were hit by falling trees, local media reported.

A 63-year-old camper was swept away in a flash flood and drowned at Jadebusen on Germany’s North Sea coast, the German news agency dpa reported.

In Berlin, one man was severely injured by falling roof tiles and another was hit by scaffolding blown off a home.

Two people were injured when their cars slid off the A20 highway, which was covered with 2 inches of hail, in Germany’s northeastern state of Mecklenburg-West Pomerania.

Train connections in several northern German states were shut down, including links to and from Berlin, because of the danger from branches falling on the tracks. Germany rail company Deutsche Bahn opened stationary trains to travelers left stranded by the cancellations.

In the northern German city of Hamburg, the Elbe River flooded a parking garage, the city’s famous fish market and several streets. Firefighters had to rescue seven cows from the Elbe.

Zoos in Prague, Berlin and the eastern German city of Rostock closed because of the danger of falling trees and the Austrian capital of Vienna shut down all operations at its main train station.