Politics Corker: Possible 2020 Run Against Trump Not Ruled Out
Politics 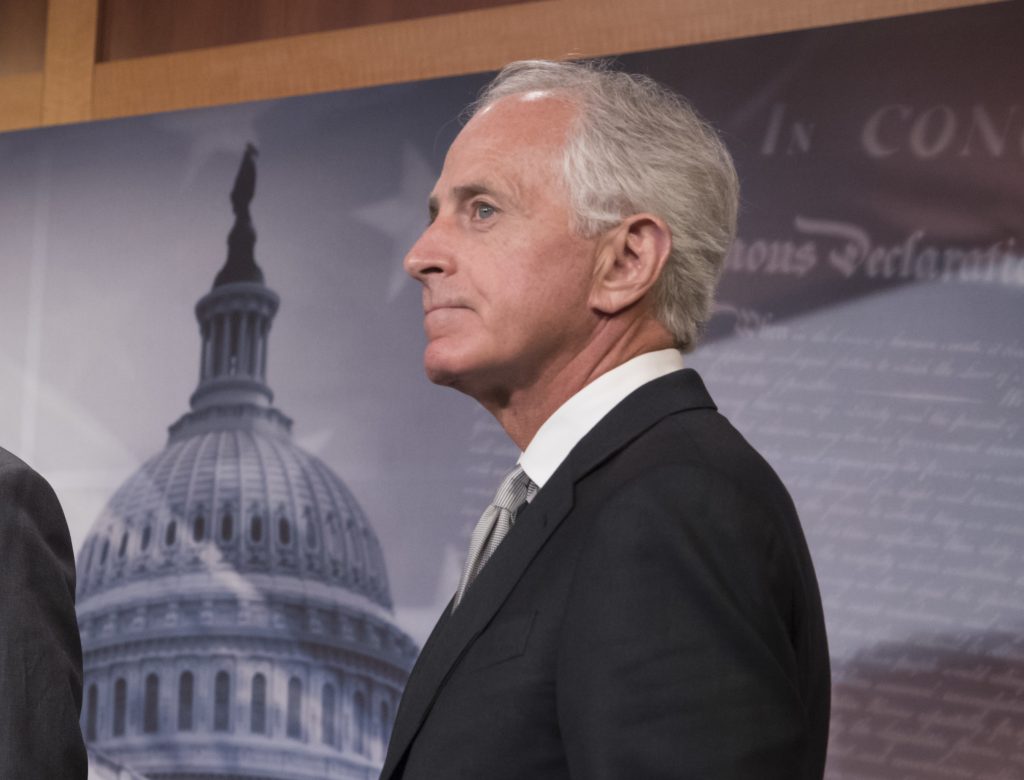 Sen. Bob Corker of Tennessee did not rule out a run in 2020 against President Donald Trump when asked about it by reporters Friday, saying he’s focused on the next 14 months of his term and isn’t thinking that far ahead.

The noncommittal response came as Corker doubled down this week on criticism of Trump, calling him “utterly untruthful” and responsible for “the debasement of our nation.”

“You know, I don’t know what I’m doing next Sunday,” the senator responded when reporters asked about a potential presidential bid.

Corker said it was far too soon to say if he would want a strong Republican primary challenge of Trump, whether by him or someone else.

“I think that if you even begin thinking those things, everything you do becomes viewed through a different lens,” Corker said generally about presidential ambitions.

And any impeachment of Trump isn’t realistic today and is not going to happen, Corked added.

Corker, a businessman who isn’t seeking re-election in 2018, said he has been received similarly well elsewhere of late.

The Chattanooga Republican said he wasn’t surprised, though, to see his polling numbers worsen in a recent survey conducted Oct. 16-23, just before this week’s latest round of back-and-forth jabs with Trump.

Corker’s disapproval rating increased to 41 percent, a 14-point increase compared with last spring in the Middle Tennessee State University poll. His approval dropped 8 points to 45 percent, though he deemed his approval still pretty high for an incumbent. Trump’s approval remained steady at about 50 percent in Tennessee, with a slight uptick in his disapproval rating to 40 percent.

The poll of 600 registered Tennessee voters reached via randomly selected cell and landline phones had a margin of error of plus or minus 4 percentage points.

“We were surprised that it hadn’t dropped further than it did,” Corker said.

Early this month, Corker charged that Trump had turned the White House into an “adult day care center” and was setting the U.S. “on the path to World War III.”

Trump hit back at Corker, tweeting that he was a “lightweight” and charging that the lawmaker “couldn’t get elected dog catcher in Tennessee.” Trump insultingly dubbed him “Liddle Bob Corker.”