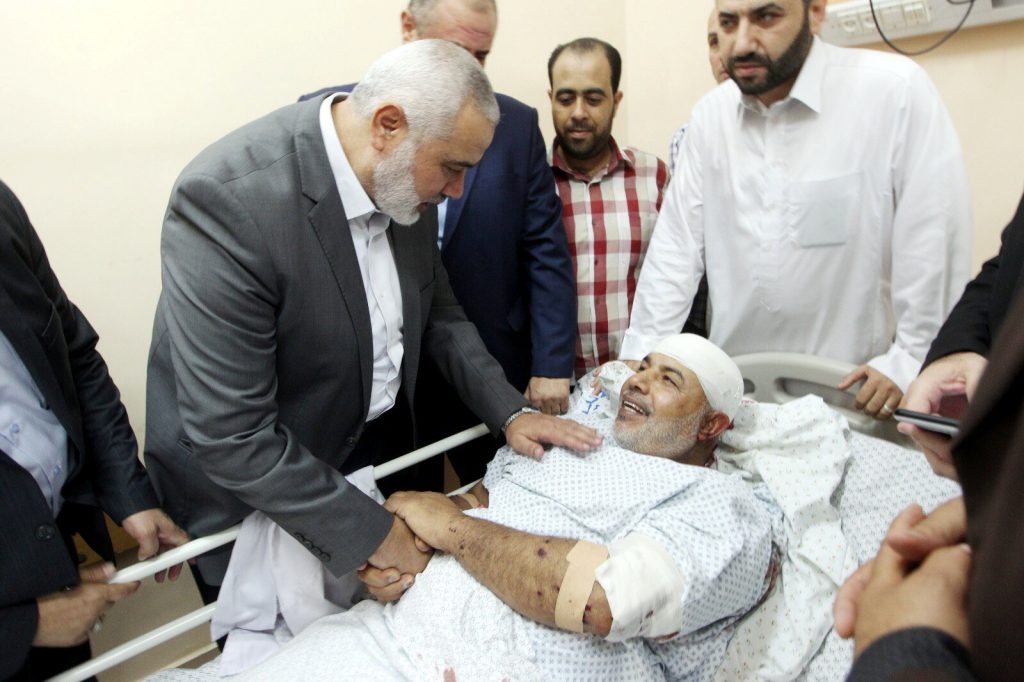 The head of Gaza security services was wounded when an explosion ripped through his car Friday, according to the Islamic terror group Hamas, which rules the territory.

Hamas said a bomb placed under Gen. Tawfiq Abu Naim’s car exploded in central Gaza. It said Abu Naim “survived an assassination attempt” and that an investigation was underway.

Abu Naim was transferred to Shifa hospital in Gaza City, where dozens of Hamas officials gathered and visited him, including politburo chief Ismail Haniyeh.

“Those who think that this criminal operation can limit our determination to achieve the reconciliation are wrong,” Haniyeh said.

Footage at hospital showed Abu Naim with shrapnel injuries on his arms and a bandage on his head.

Khalil al-Hayya, a senior Hamas official, accused Israel of being behind the assassination bid.

“We point the accusation fingers to the (Israel) occupation and its spies,” al-Hayya told reporters, as an investigation into the incident begins.