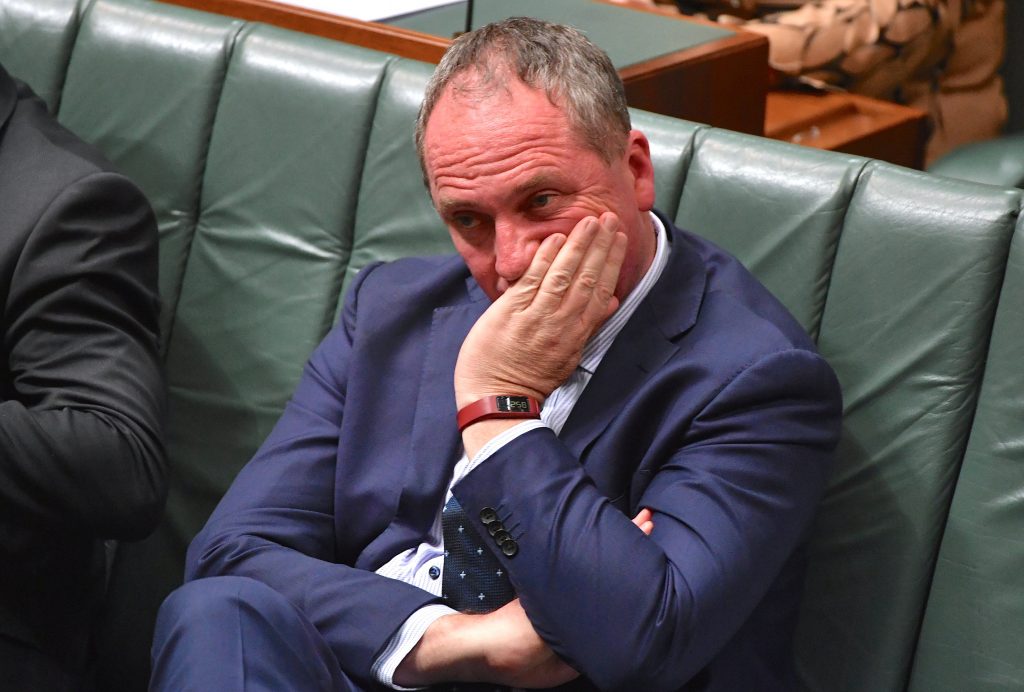 Australia’s High Court ruled on Friday that Deputy Prime Minister Barnaby Joyce is ineligible to remain in Parliament, a stunning decision that cost the government its one-seat parliamentary majority and forced a by-election.

The Australian dollar fell a quarter of a U.S. cent after the unexpected decision. Turnbull said he accepted the court’s ruling, even though it was “clearly not the outcome we were hoping for.”

Turnbull did not name a new deputy leader during a short news conference in Canberra after the court’s ruling.

The Australian leader had been scheduled to travel to Israel this weekend for a week-long visit but Sky News reported he had decided to delay the trip indefinitely.

Turnbull’s center-right coalition is now in a precarious position. His Liberal Party is the senior party in a coalition with the smaller National Party, which Joyce led.

The opposition Labor Party immediately went on the attack after the High Court ruling and threatened to launch a legal challenge to every decision made by Joyce since last year’s election.

Joyce was one of a group of lawmakers, known as the “Citizenship Seven,” whose eligibility to sit in Parliament was thrown into doubt in recent months when it was found they were dual citizens, a status that is barred for politicians under Australia’s constitution to prevent split allegiances.

Turnbull is under added pressure because he refused to force Joyce to step aside while his case was considered by the High Court. Joyce, whose New England electorate is in rural New South Wales State, renounced his dual New Zealand citizenship in August.

“… the business of government goes on,” Turnbull said as he confirmed that the New England by-election would be held on Dec. 2.

Joyce confirmed he would stand in the by-election, which polling shows he has a strong chance of winning.

“It is a tough game, politics,” Joyce told reporters in the rural town of Tamworth in his electorate. “You take the hits and the sacrifices.”

“We are deeply concerned that Australia is facing a period of uncertainty because this prime minister has insisted on keeping ministers on his front bench who have been not only ineligible to be ministers but ineligible to be in the Parliament,” Plibersek said.

The Australian dollar fell as low as $0.7623 after the ruling, to a level not seen since July 11. It pared some of those losses to last trade at $0.7639 as investors considered Joyce’s chances of re-election.

All seven lawmakers accepted that they were dual nationals at the time of their election but claimed they were unaware of their status. Some were conferred a second nationality by birth, others by descent.

Of the remaining six, who were from the coalition and minority parties, four were also found ineligible to hold parliamentary office.

Some had already resigned. All were senators, which meant seats in the Upper House of Parliament could be assigned to party alternatives if they were ruled ineligible, rather than hold more by-elections.

Australian Solicitor General Stephen Donaghue had urged the seven justices of the High Court not to interpret the constitution literally. He argued that five of the seven, including three Cabinet members, should be cleared because they were unaware that they had contravened the constitutional requirement at the time.