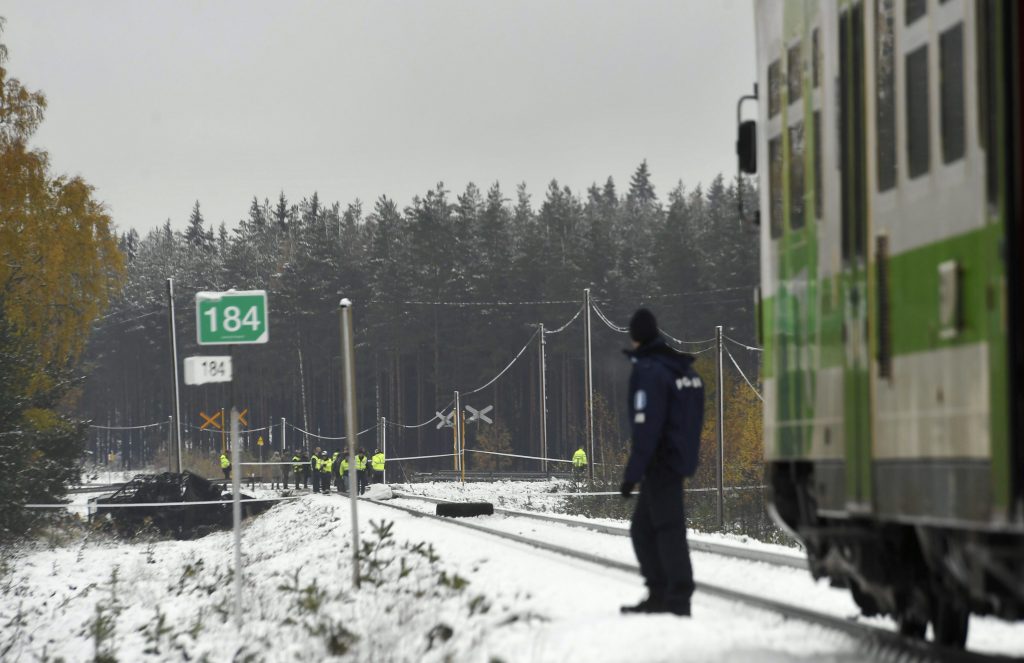 A train collided with a military vehicle at a railroad crossing in southern Finland early Thursday, killing at least four people, police and military officials said.

“Today I have received a heartbreaking message: Three conscripts have died in an accident in Raseborg,” Gen. Jarmo Lindberg said in a statement.

A total of 11 people have been taken to nearby hospitals.

Finland’s defense minister, Jussi Niinisto, said that “the morning had started with grim news” and “I feel grief.”

The military truck, a Finnish-made Sisu SA-150 transport vehicle, was carrying 11 soldiers, who were taking part in a drill in the southern part of the Nordic country. The train, a commuter train from Finland’s state-owned VR railway company, struck the vehicle at a crossing with no security features near Raseborg.

Images from the scene showed a slightly damaged train and the wreck of what appears to be a military vehicle in the woods. The train was standing upright, but it wasn’t immediately clear if it had derailed.

Finnish broadcaster YLE said Niinisto, the defense minister, had ordered flags at all military facilities to fly at half-staff Thursday.

Finnish President Sauli Niinisto expressed his condolences in a statement, calling it an “unfortunate tragedy,” saying the conscripts were taking part in “a task for the motherland.”