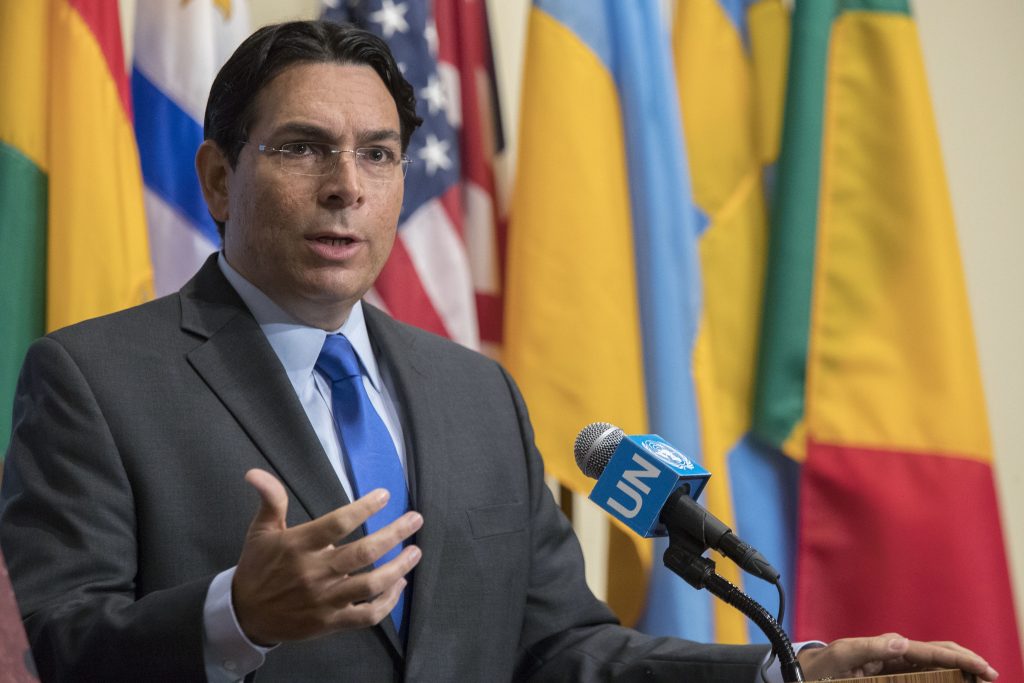 “Mr. Lynk is exploiting his position to spread hateful incitement against the State of Israel and is acting as a BDS activist under the auspices of the U.N.,” Danon charged.

“The U.N. Human Rights Council has lost its legitimacy as it focuses obsessively on attacking Israel instead of working on resolving the real human rights problems plaguing the world. The Council has lost all touch with reality and the original intent of upon which it was founded.”

During a press briefing, the Special Rapporteur called for sanctions to be placed on Israel, saying that “Israel is very dependent on trade with the outside world… If there was an understanding that all of a sudden Israelis wanted to travel abroad and needed to have visas, if there was an understanding that Israel wasn’t going to get preferential trading agreements with the EU, if all of a sudden, the many and multitude forms of military, economic or academic cooperation with Israel were now going to come to an end… I think you’d begin to see a sea-change in the attitude of ordinary Israelis and the Israeli government. But that has to happen. Every journey of a thousand miles begins with a single step. This might be the first step that we have to start taking.”

In his remarks, the Special Rapporteur also claimed that “Gaza remains occupied,” and that the BDS movement is “a form of free expression for people anywhere to protest any company or country.”