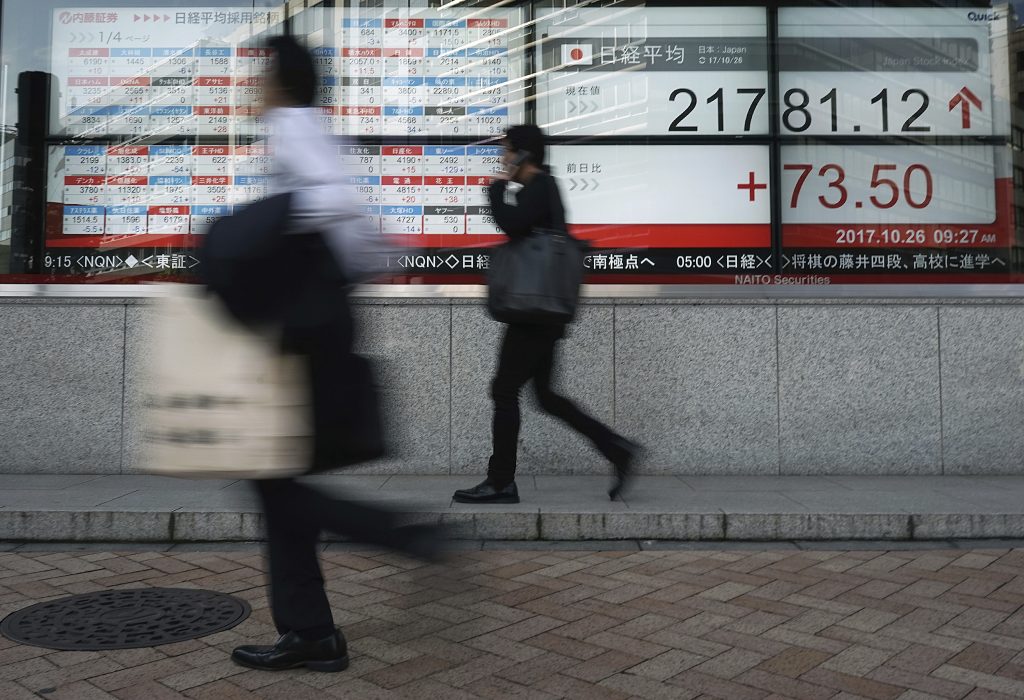 The European Central Bank’s policy meeting, where it’s expected to sketch out a plan to exit its extraordinary stimulus program, is shaping up to be the day’s big market moving event. The euro was rising as investors awaited ECB chief Mario Draghi’s blueprint on phasing out its 60 billion euro ($71 billion) monthly bond purchase program, with attention focused on whether it’s going to be withdrawn more quickly or slowly than expected.

Anticipation is building for President Donald Trump’s decision on who should lead the Federal Reserve once current Chair Janet Yellen’s term expires in February. His choice is expected before he leaves for an Asia trip on Nov. 3. In an interview, he praised Yellen but also acknowledged his conflicting desire to make his own mark. Among the four other candidates, Trump’s top economic adviser, Gary Cohn, is now seen as out of the running.