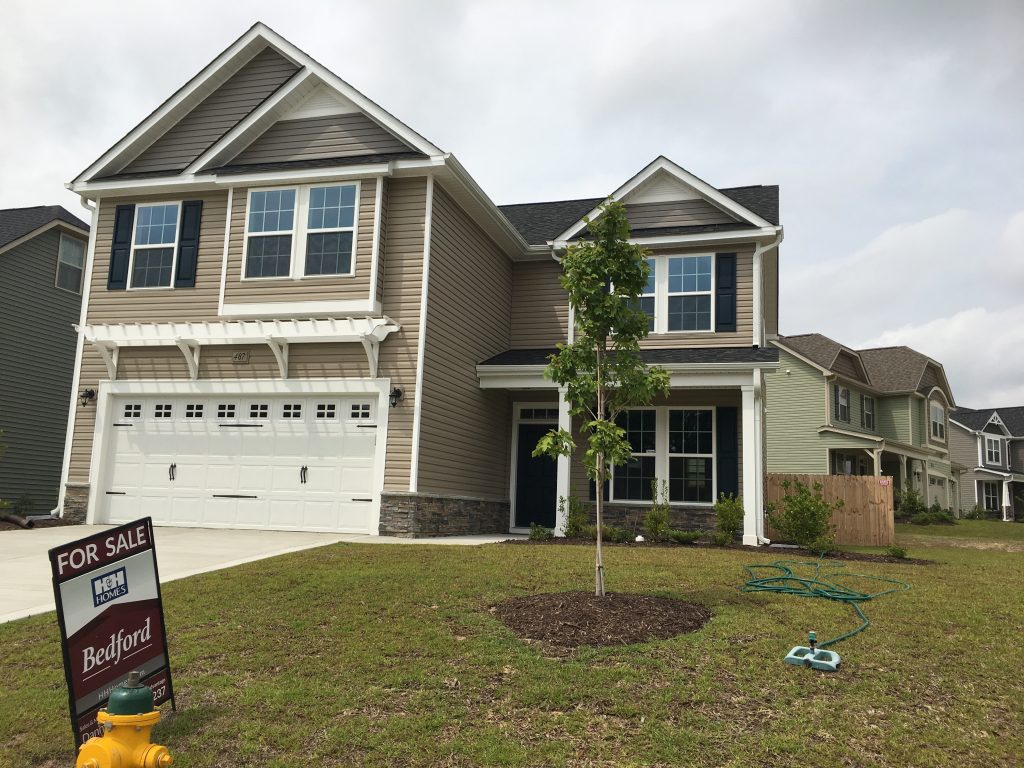 Sales of new U.S. homes jumped last month to the highest level since October 2007, a sign that Americans — unable to find existing homes — are turning to new construction. Damage from last month’s hurricanes may have also inflated the data.

New home sales leapt 18.9 percent in September to a seasonally adjusted annual rate of 667,000, the most in a decade, the Commerce Department said Wednesday. Sales rose in all regions including the South, where they increased nearly 26 percent.

The government said it couldn’t estimate what impact, if any, last month’s hurricanes had on the data. But the measure of new home sales is based on contract signings, so the number was likely lifted by those looking to replace homes destroyed or damaged by Hurricanes Harvey and Irma.

“This is yet another sign that, as we first saw with the initial jobless claims data, the recovery from Harvey was very fast and the disruption from Irma in Florida was far less than initially feared,” said Stephen Stanley, chief economist at Amherst Pierpont Securities.

A supply crunch of existing homes has frustrated many would-be buyers and hobbled the housing market this year. September’s figures suggest that Americans are increasingly looking to new homes instead, which could encourage more construction.

Yet developers have struggled to keep up with demand. Many construction firms say they have difficulty finding the workers they need to start new projects.

Developers are feeling optimistic. A survey by the National Association of Home Builders and Wells Fargo found that their outlook is the brightest it has been since May.

Homebuilders are increasingly focused on higher-priced housing, potentially freezing out potential buyers of more modest incomes. The average price of a new home rose to $385,200 in September, the highest on records dating back to 1963.