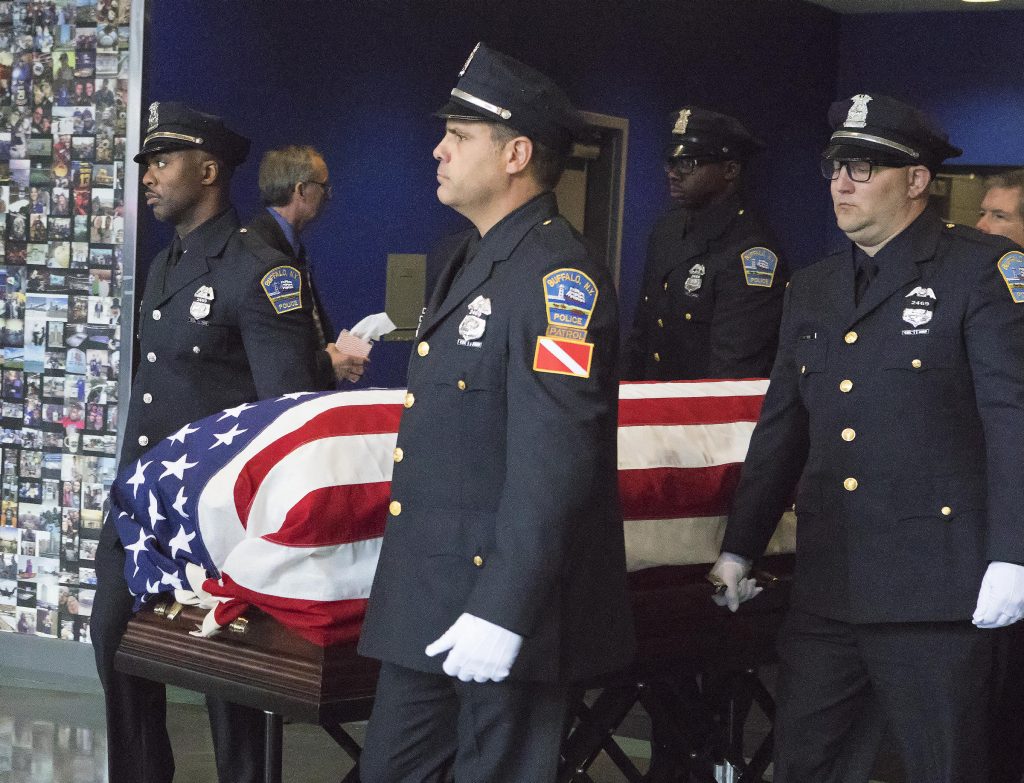 A Buffalo police officer killed in a training dive accident was hailed at his memorial service Wednesday for his bravery, dedication and sense of humor.

Fellow officers described Craig Lehner as someone whose steady demeanor enabled him to engage calmly with colleagues and the public during his nine years with the Buffalo Police Department.

The 34-year-old member of the department’s underwater rescue team went missing during a training dive exercise in the Niagara River on Oct. 13. His body was recovered after a five-day search.

Elected officials, Lehner’s relatives and several thousand law enforcement officers were led into the service at downtown Buffalo’s KeyBank Center by an officer handling Shield, Lehner’s German shepherd K-9 partner. Dozens of police K-9s and their handlers were among the uniformed ranks lining the street outside the arena, where officers from Buffalo and other parts of New York were joined by those who traveled from all across the U.S. and Canada to attend the service.

Officer Tommy Champion recalled how he and Lehner trained together in the police academy, forged a friendship on the Buffalo force and later became work partners when Lehner approached one day and said, “Hey, bro, you want to ride together?”

Lehner’s fun sense of humor masked an unflappable demeanor that was displayed when he dealt with everyone he encountered in a respectable manner, Champion said.

Lehner also had spent 16 years in the Army National Guard, serving in a Buffalo-based military police unit. He was deployed to Iraq and was awarded several military decorations.

The cause of the accident that claimed Lehner’s life remains under investigation.