National Pence to Visit Israel and Egypt in December
National 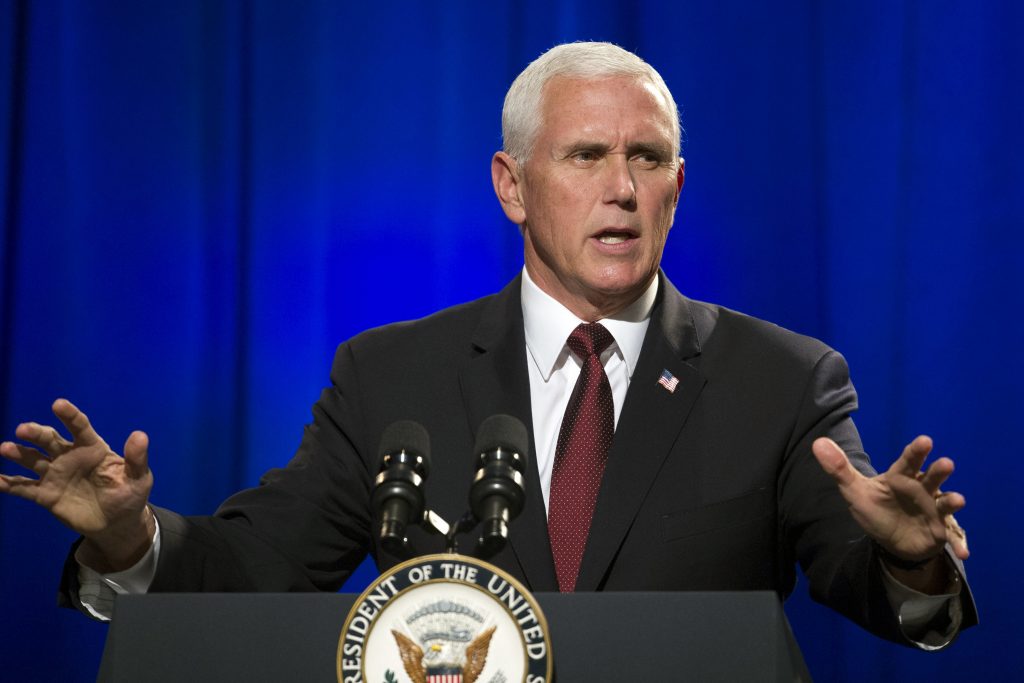 Vice President Mike Pence announced Wednesday that he will travel to Israel and Egypt in late December at President Donald Trump’s request.

Pence made the announcement in Washington in keynote remarks at In Defense of Christians’ annual solidarity dinner for Christians in the Middle East.

He said he’ll deliver a message during the trip that now is the time to “end the persecution of Christians and all religious minorities.”

Pence will meet with Egyptian President Abdel-Fattah el-Sissi and highlight U.S.-Egypt cooperation on security issues. Pence also plans meetings with government and religious leaders to discuss combating the persecution of religious minorities, including Christians, in the broader Middle East.