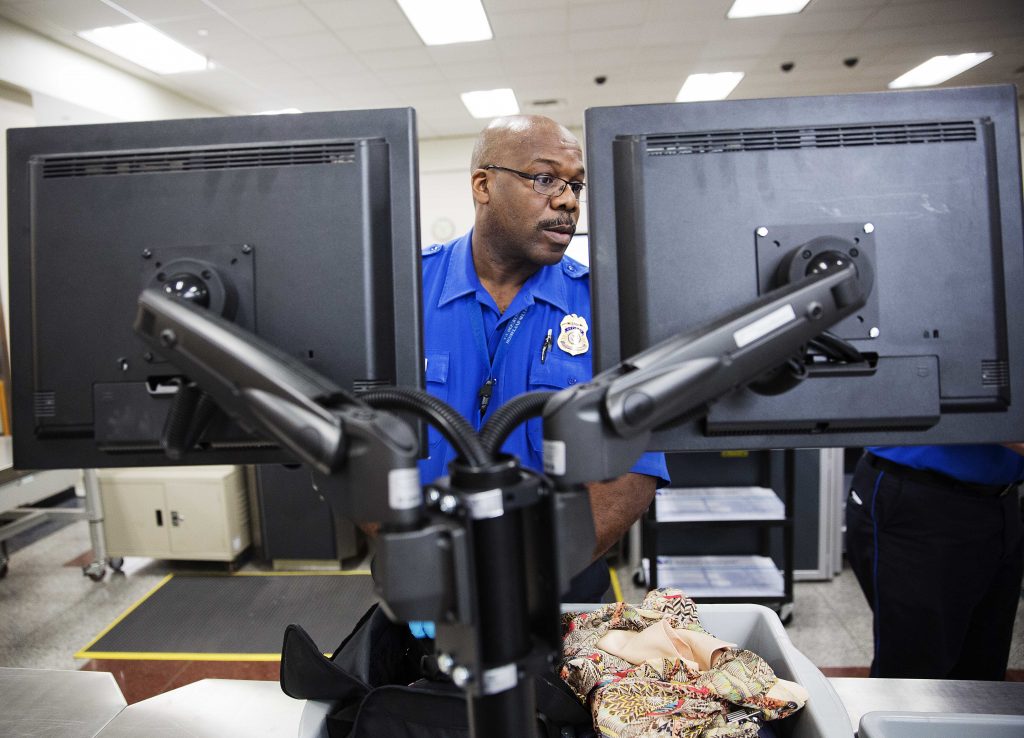 All incoming flights to the United States will be subject to new security screening procedures, including both American citizens and foreigners possibly facing security interviews from airline employees, a U.S. government official said on Wednesday.

The announcement from the U.S. Transportation Security Administration comes after five global long-haul airlines — Air France, Cathay Pacific, EgyptAir, Emirates and Lufthansa — said they would begin the new security interviews starting Thursday. A sixth carrier, Royal Jordanian, said it would begin the new procedures in mid-January after U.S. authorities granted RJ’s request for a delay in implementing the measures.

However, the airlines offered different descriptions of how the interviews would take place, ranging from another form a traveler would have to fill out to actually being questioned by an airline employee.

The new security measures come after the Trump administration previously rolled out a laptop ban and travel bans that have thrown the international travel industry into disarray.

The new rules also come at the end of a 120-day deadline for airlines to meet new U.S. regulations following the ban on laptops in airplane cabins of some Mideast airlines being lifted.

“The security measures affect all individuals, international passengers and U.S. citizens, traveling to the United States from a last point of departure international location,” said Lisa Farbstein, a spokeswoman for the TSA. “These new measures will impact all flights from airports that serve as last points of departure locations to the United States.”

She put the number of flights affected at around 2,100 daily. She also said it would include “heightened screening of personal electronic devices” and stricter security procedures around planes and in airport terminals.

Air France said it will begin new security interviews on Thursday at Paris Orly Airport and a week later, on Nov. 2, at Charles de Gaulle Airport. It said the extra screening will take the form of a questionnaire handed over to “100 percent” of passengers.

Emirates said in a statement that it would begin doing “pre-screening interviews” at its check-in counters for passengers flying out of Dubai and at boarding gates for transit and transfer fliers. It urged those flying through Dubai International Airport, its headquarters, to allow extra time to check into flights and board.

“These measures will work in complement with the current additional screening measures conducted at the boarding gate,” it said.

Hong Kong-based Cathay Pacific Airways Ltd. said on its website that it had suspended self-drop baggage services and that passengers heading to the U.S. “will be subject to a short security interview” when checking their luggage. Those without bags would have a similar interview at their gates.

EgyptAir said in a statement that the new measures include more detailed searches of passengers and their luggage and interviews. The strict procedures will extend to unauthorized agricultural or veterinary products.

Germany’s Lufthansa Group said the new rules came from the U.S. Transportation Security Administration, which is under Homeland Security.

“In addition to the controls of electronic devices already introduced, travelers to the U.S.A. might now also face short interviews at check-in, document check or (their) gate,” Lufthansa said in a statement.

Basel Kilani, a spokesman for Royal Jordanian, said Wednesday that the airline will submit questions to passengers before check-in.

Kilani said he does not know what types of questions would be asked. Royal Jordanian operates direct flights from Amman to New York, Chicago and Detroit.

The International Air Transport Association, which represents 275 airlines, did not immediately respond to a request for comment.

This is the latest decision by President Donald Trump’s administration affecting global travel.

In March, U.S. officials instituted the ban on laptops in airplane cabins across 10 Middle East cities over concerns that Islamic State fighters and other extremists could hide bombs inside of them. That ban was lifted after those airlines began using devices like CT scanners to examine electronics just before passengers board airplanes heading to the United States. Some increasingly swab passengers to test for explosives.

That laptop ban, as well as travel bans affecting predominantly Muslim countries, have hurt Mideast airlines. Emirates, the region’s biggest, said it slashed 20 percent of its flights to America in the wake of the restrictions.