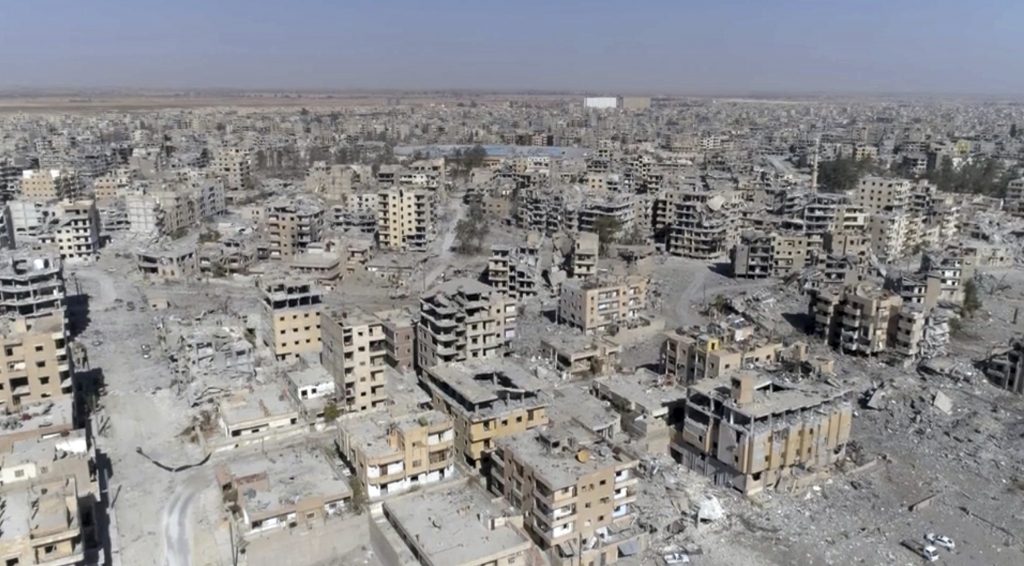 Iraqi forces are about to launch an offensive to recapture the last patch of Iraqi territory still in the hands of the Islamic State terror group, the military said on Wednesday.

“Your security forces are now coming to liberate you,” said leaflets dropped by the Iraqi air force on the western border region of al-Qaim and Rawa, according to a statement from the Joint Operations Command in Baghdad.

The terror group also holds parts of the Syrian side of the border, but the area under their control is shrinking as they retreat in the face of two sets of hostile forces – a U.S.-backed, Kurdish-led coalition and Syrian government troops with foreign Shiite militias backed by Iran and Russia.

Islamic State leader Abu Bakr al-Baghdadi, who declared the caliphate from Mosul in mid-2014, released an audio recording on Sept. 28 that indicated he was alive, after several reports he had been killed. He urged his followers to keep up the fight despite setbacks.

“G-d is with us in this last assault on Daesh members,” said the leaflets dropped by the Iraqi forces on the border area with Syria, referring to Islamic State.

“Tell those among your children and relatives who took up a weapon against the state to throw it aside immediately, and to go to any house on top of which a white flag has been raised when the liberation forces enter al-Qaim.”