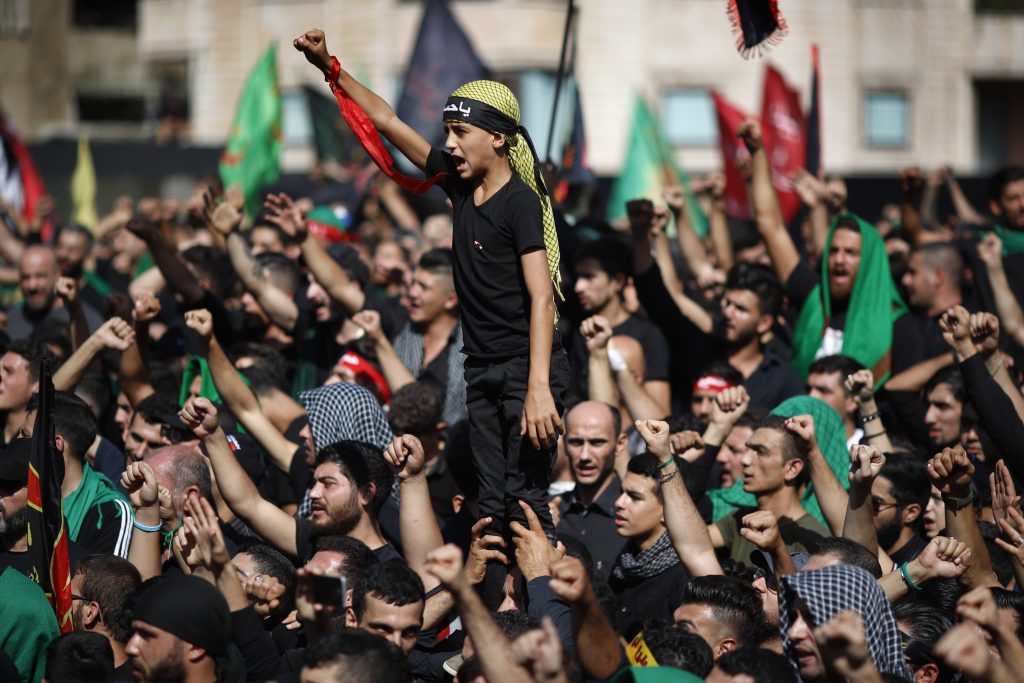 The House approved bipartisan legislation Wednesday to block the flow of illicit money to Iran-backed Hezbollah terrorists and to sanction the group for using civilians as human shields as lawmakers took aim at what they called Tehran’s leading terrorist proxy.

The measures were approved by voice vote.

The bill targeting Hezbollah’s finances, sponsored by Reps. Ed Royce and Eliot Engel, directs the Trump administration to sanction the people and businesses engaged in fundraising and recruitment activities for the group. Royce, a California Republican, is chairman of the Foreign Affairs Committee and Engel of New York is the panel’s top Democrat.

Hezbollah is a member of Lebanon’s coalition government and the House measure touched off alarms in Beirut, where officials feared major damage might be done to the country’s banking sector if the bill is signed into law.

But Joseph Torbey, head of the Association of Banks in Lebanon, told reporters earlier this week that U.S. officials have reassured a Lebanese banking delegation that visited Washington recently the sanctions won’t target Lebanese banks as long as they abide by American regulations.

Washington considers Hezbollah a terrorist organization and has previously imposed sanctions on the group and its top commanders. The expected new sanctions come at a time when the Trump administration is increasing pressure on Iran, Hezbollah’s main backer that has been supplying the group with weapons and money for more than three decades.

Legislation sponsored by Reps. Mike Gallagher (R-Wis.) and Tom Suozzi (D-N.Y.) calls on the president to push for the U.N. Security Council to impose international sanctions against Hezbollah for the group’s use of civilians as human shields.

A separate House resolution that also passed Wednesday urges the European Union to designate Hezbollah in its entirety as a terrorist organization. The measure says the EU in 2013 gave only the terrorist designation to the group’s so-called “military wing.” Hezbollah “continues to conduct illicit narco-trafficking, money laundering, and weapons trafficking throughout Europe,” according to the resolution.

“These critical measures will impose new sanctions to crack down on Hezbollah’s financing, and hold it accountable for its acts of death and destruction,” Royce said.

The House is scheduled to vote Thursday on legislation that would hit Iran with new sanctions for its pursuit of long-range ballistic missiles without derailing the 2015 international nuclear accord.

The bill, also sponsored by Royce and Engel, would require the Trump administration to identify for sanctions the companies and individuals inside and outside of Iran that are the main suppliers of Tehran’s ballistic missile programs.

Both Royce and Engel opposed the nuclear agreement when it was forged two years ago, but neither lawmaker is in favor of ditching the deal now as President Donald Trump has threatened to do.

The nuclear deal, according to Engel, doesn’t prevent Congress from “slapping sanctions on Iran for its behavior,” which he said ranges from developing and testing ballistic missiles to supporting terrorism and violating human rights.