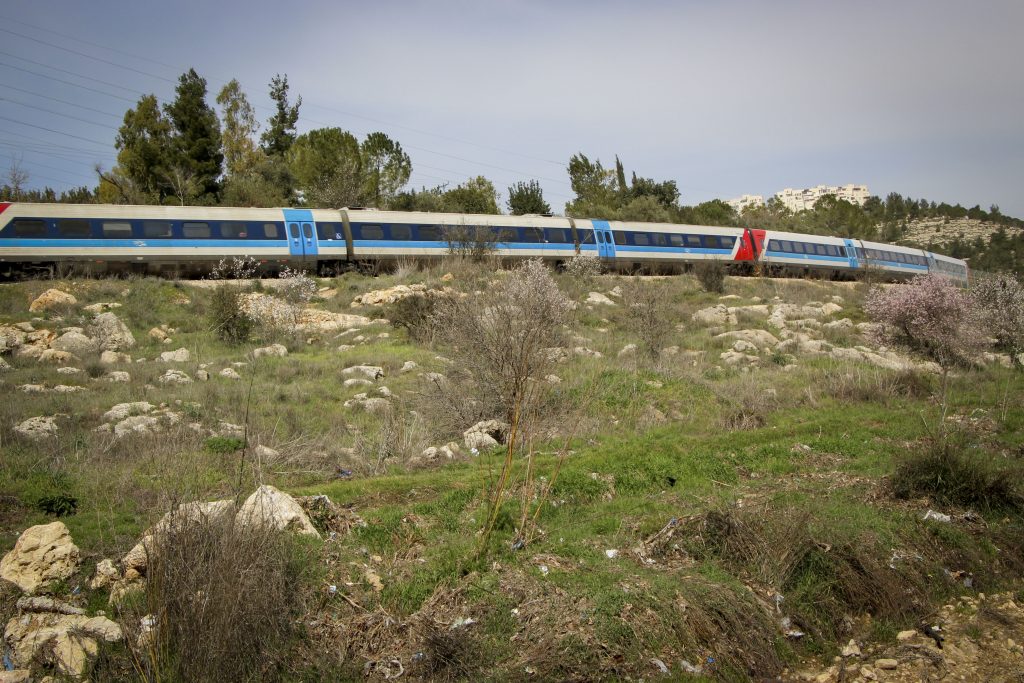 The high-speed train between Tel Aviv and Yerushalayim will not make the official opening deadline in April 2018, according to the latest assessments predicting that it won’t be operational before the end of 2019, according to the State Comptroller on Wednesday.

The later rollout was blamed on successive delays in electrification of the Israel Railways system, started some 20 years ago.

However, the State Comptroller warned against rushing to finish. He noted the risk in pressuring Israel Railways to speed up the work that it was “liable to lead to shortcuts that will affect the project’s quality and the passengers’ safety and increase its overall cost, due to the need to repair faults.”

But, transit officials promise the wait will be worth it. Electrification will not only allow for greater speed — averaging nearly 50 kilometers (31 miles) an hour, compared with 33.6 kmh (20.9) currently — but will also mean healthier train travel. The new line cannot be operated with diesel-powered locomotives that emit particles that are dangerous to breathe because of the long tunnels that prevent proper ventilation, according to Globes.

Numerous other benefits are projected, as well. Electrification along the Ayalon Highway will enable Israel Railways to add three million passengers a year, reduce the number of malfunctions by 30 percent, cut noise at railway stations by six decibels, save 60 million liters (16 million gallons) of expensive fuel a year, remove thousands of tankers supplying fuel to Israel Railways from the roads, and reduce by 95 percent or more the emission of pollutants constituting a health hazard resulting from the burning of diesel fuel in locomotives.

The Comptroller’s report found faults, however, in management of the project. It found that the Railway employed unnecessary foreign consultants in the electrification at a cost of millions of shekels a year, lack of overall planning without even an economic feasibility study.