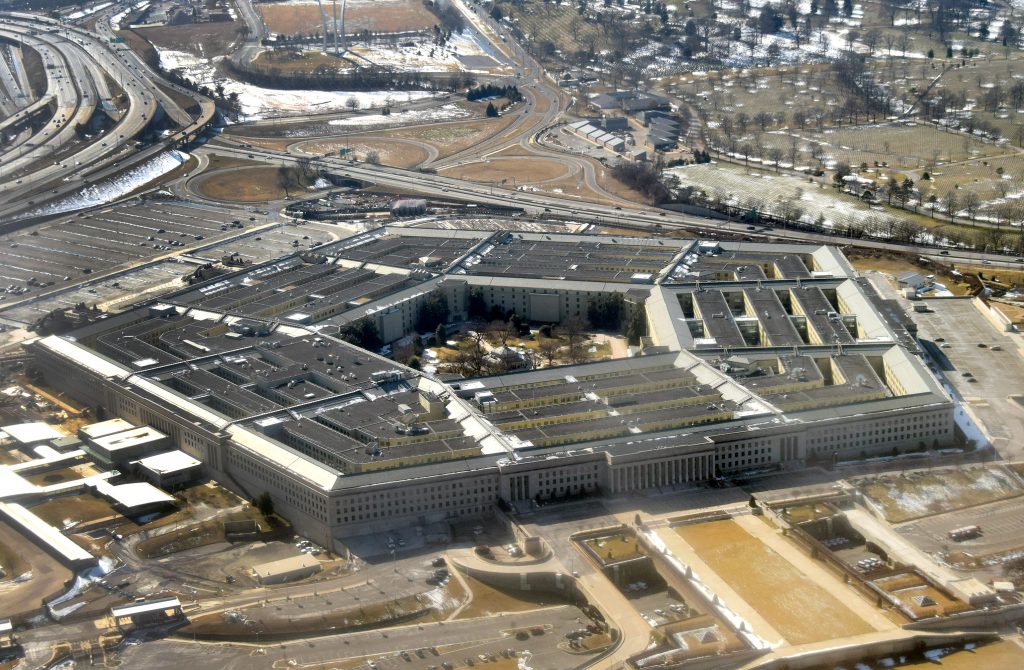 The U.S. government has broadened an interpretation as to which citizens can be subject to physical or digital surveillance to include “homegrown violent extremists,” according to official documents seen by Reuters.

The change last year to a Department of Defense manual on procedures governing its intelligence activities was made possible by a decades-old presidential executive order, bypassing congressional and court review.

The new manual, released in August 2016, now permits the collection of information about Americans for counterintelligence purposes “when no specific connection to foreign terrorist(s) has been established,” according to training slides created last year by the Air Force Office of Special Investigations (AFOSI).

The slides were obtained by Human Rights Watch through a Freedom of Information Act request about the use of federal surveillance laws for counterdrug or immigration purposes, and shared exclusively with Reuters.

The Air Force and the Department of Defense told Reuters that the documents are authentic.

The slides list the shooting attacks in San Bernardino, California, in December 2015 and Orlando, Florida, in June 2016 as examples that would fall under the “homegrown violent extremist” category. The shooters had declared fealty to the Islamic State terror group shortly before or during the attacks, but investigators found no actual links to the organization that has carried out shootings and bombings of civilians worldwide.

Michael Mahar, the Department of Defense’s senior intelligence oversight official, said in an interview that AFOSI and other military counterintelligence agencies are allowed to investigate both active duty and U.S. civilian personnel as long as there is a potential case connected to the military. Investigations of civilians are carried out cooperatively with the FBI, Mahar said.

Under the previous Defense Department manual’s definition of counterintelligence activity, which was published in 1982, the U.S. government was required to demonstrate that a target was working on behalf of the goals of a foreign power or terrorist group.

It was not clear what practical effect the expanded definition might have on how the U.S. government gathers intelligence. One of the Air Force slides described the updated interpretation as among several “key changes.”

However, some former U.S. national security officials, who generally support giving agents more counterterrorism tools but declined to be quoted, said the change appeared to be a minor adjustment that was unlikely to significantly impact intelligence gathering.

Some privacy and civil liberties advocates who have seen the training slides disagreed, saying they were alarmed by the change because it could increase the number of U.S. citizens who can be monitored under an executive order that lacks sufficient oversight.

“What happens under 12333 takes place under a cloak of darkness,” said Sarah St. Vincent, a surveillance researcher with Human Rights Watch who first obtained the documents. “We have enormous programs potentially affecting people in the United States and abroad, and we would never know about these changes” without the documents, she said.

The National Security Act, a federal law adopted 70 years ago, states that Congress must be kept informed about significant intelligence activities. But the law leaves the interpretation of that to the executive branch.

The updated interpretation was motivated by recognition that some people who may pose a security threat do not have specific ties to a group such as Islamic State or Boko Haram, Mahar at the Defense Department said.

“The internet and social media has made it easier for terrorist groups to radicalize followers without establishing direct contact,” Mahar said.

“We felt that we needed the flexibility to target those individuals,” he said.

In August 2016, during the final months of former President Barack Obama’s administration, a Pentagon press release announced that the department had updated its intelligence collecting procedures but it made no specific reference to “homegrown violent extremists.”

The revision was signed off by the Department of Justice’s senior leadership, including the attorney general, and reviewed by the Privacy and Civil Liberties Oversight Board, a government privacy watchdog.

Mahar said that “homegrown violent extremist,” while listed in the Air Force training slide, is not an official phrase used by the Defense Department. It does not have a specific list of traits or behaviors that would qualify someone for monitoring under the new definition, Mahar said.

Hunches or intuition are not enough to trigger intelligence gathering, Mahar said, adding that a “reasonable belief” that a target may be advancing the goals of an international terrorist group to harm the United States is required.

Mahar said that in counterterrorism investigations, federal surveillance laws, including the Foreign Intelligence Surveillance Act, continue to govern electronic surveillance in addition to the limitations detailed in his department’s manual.