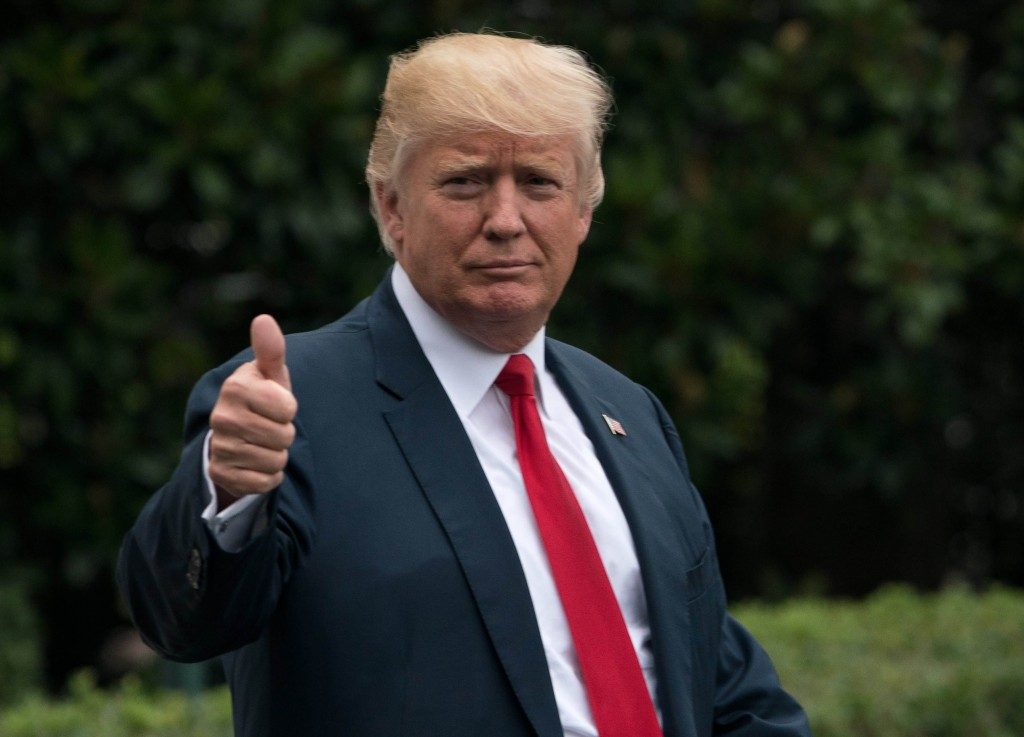 In recent weeks, the Trump administration has pulled out the stops in its support of Israel.

The president’s special representative in the Middle East, Jason Greenblatt, publicly called on Hamas to disavow violence and recognize Israel as part of its agreement to reconcile with the Palestinian Authority, echoing the Netanyahu government’s position on the deal.

U.S. Secretary of State Rex Tillerson called on Iranian-backed militias in Iraq to “go home” now that the fight with Islamic State is over, signaling that he understands Israel’s concerns about Iranian forces remaining in Syria once the fighting is over there.

The chairman of the Joint Chiefs of Staff, Gen. Joseph Dunford, arranged for IDF Chief of Staff Gadi Eizenkot to attend this week’s counterterrorism conference in Washington, giving Israel a voice at an important forum and a chance to reach out to moderate Arab countries in behind-the-scenes talks.

But all this pales in comparison to President Donald Trump’s refusal to recertify the controversial nuclear deal crafted by his predecessor in the Oval Office.

“I’m tired of being taken advantage of,” he said in a speech announcing his decision. “It might be total termination [of the agreement], that’s a real possibility, some would say that’s a greater possibility.”

The question is: Where do we go from here? How does the West take advantage of the momentum created by the president’s speech to neutralize the threat to world peace that Iran represents? What common goals can the leaders of Israel, Europe and the United States agree on? How can they use their collective clout to rein in the world’s biggest exporter of terrorism?

The president has laid out a number of key demands as regards Iran’s nuclear program: Improved enforcement of the current deal, preventing its expiration (so that Iran never acquires nuclear weapons) and including an express ban on missile development and testing.

Europe is primarily concerned with the spread of terrorism, which has erupted in its capital cities with a vengeance, but is also worried about Iranian cruise missiles that put Budapest, Warsaw and Athens within striking distance.

Iran, by targeting everyone with terrorism and the fear of nuclear strikes, has inadvertently united all the players. As Norway’s Minister of Immigration Sylvi Listhaug recently told an Israeli journalist: “We are experiencing now the fear that you have experienced for decades. Many people now understand the situation you live in. We see what is happening in Sweden, in Britain and in France.”

This understanding must be parlayed into concrete agreements reached by the United States, Israel and European nations in talks held far from the limelight. President Trump’s bold announcement put Tehran on notice that what was will not continue to be, and if it doesn’t get with the program it’ll find itself economically isolated and subject to fierce attacks by the United States and allies.

Europe’s initial reaction — discouraging the president from abandoning the deeply flawed nuclear agreement — was tempered by an admission that it, too, is concerned about Iran’s missile research and development and its sponsorship of worldwide terror and is willing to cooperate with Washington in adopting measures that can improve the deal.

It is to be hoped that the president’s speech will indeed set off a process of consultation and negotiation that leads to very specific demands, backed by consequences for violating them. Most importantly, that it lead to the kind of united front that Iran can’t ignore.

But even if it doesn’t, it has already achieved one thing: It has demonstrated to the world the closeness between Washington and Jerusalem, the two powers that have been singled out by Iran for vilification. As the president said in his speech, “Given the [Iranian] regime’s murderous past and present, we should not take lightly its sinister vision for the future. The regime’s two favorite chants are ‘Death to America’ and ‘Death to Israel.’”

What a change from the previous administration, which went to extreme lengths to distance itself from Jerusalem! While then-President Barack Obama excluded Israel from any role in the talks leading up the 2015 Joint Comprehensive Plan of Action, President Trump welcomed its input and listened attentively to its concerns. His team is also listening to Israel’s concerns as regards Gaza and Iranian forces in Syria.

The president deserves credit, and our gratitude, for restoring the U.S.-Israel alliance to its historic closeness and for refusing to adhere blindly to an agreement that jeopardizes the world, including Israel.

He deserves credit for not recertifying a deal that, during his campaign, he consistently called one of the worst and most one-sided transactions the United States had ever entered into.

And he deserves credit for expressing common wisdom, not conventional wisdom, on Iran, when he stated, “We will not continue down a path whose predictable conclusion is more violence, more terror, and the very real threat of Iran’s nuclear breakout.”