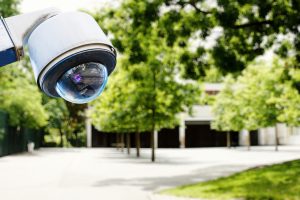 A total of $25 million is available for the Securing Communities Against Hate Crimes Grant program, which provides funding to institutions to prevent attacks because of their ideology, beliefs or mission. Eligible organizations include non-profit private schools and day-care centers, including those housed in community centers and non-profit cultural museums.

Gov. Cuomo initially requested the funding in February, following a rash of threats against Jewish Community Centers and several incidents of desecration of Jewish cemeteries.

The grant, administered by the State Division of Homeland Security and Emergency Services, provides up to $50,000 for security upgrades such as training, cameras and other technology, door-hardening and improved lighting. Organizations that have more than one facility may submit up to three applications, for a total request of up to $150,000.

New York has “zero tolerance for those who seek to use division and hate to divide us,” said Gov. Cuomo. “With this action, we are taking one more step toward a safer, stronger and more just New York for all.”

Deborah Zachai, Agudah’s Director of Education Affairs, said, “We hope that this grant will help bridge the gap left by the Federal Homeland Security Grant, which precludes yeshivos in Rockland County and other parts of New York State from participating. This state grant, in contrast, applies all across the state, and will now provide an opportunity for all yeshivos to apply for meaningful grants to enhance the safety of their children and staff.”

Applications, due by 4:00 p.m. on December 18, are available at http://www.dhses.ny.gov/grants/nonprofit/hate-crimes.cfm#_blank