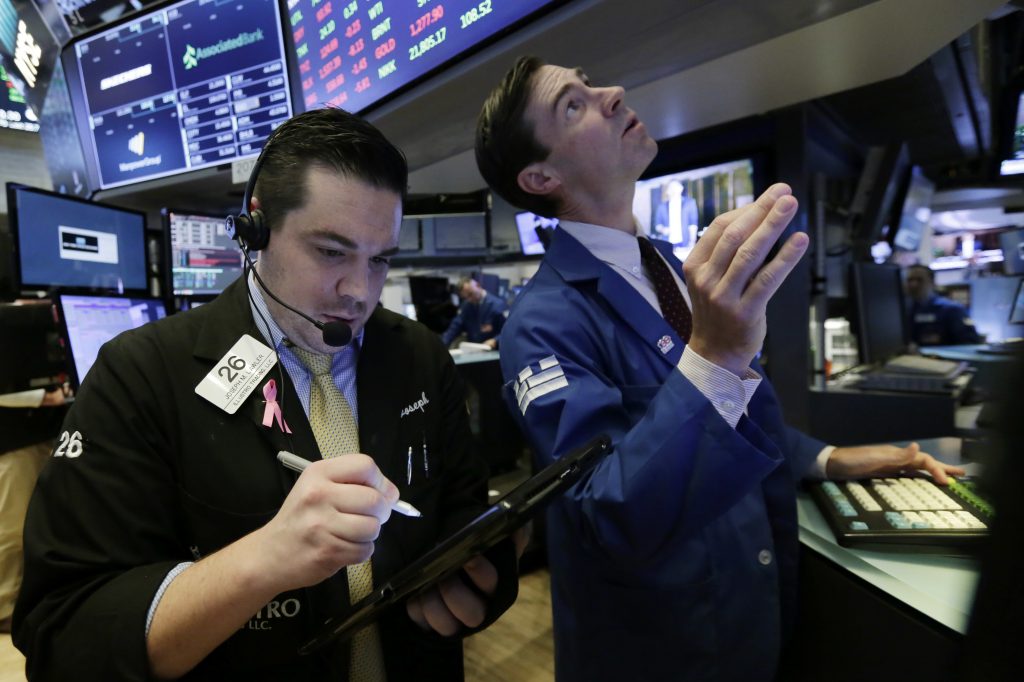 Wall Street’s Dow Jones index was set to record its biggest intraday percentage rise in more than a month on Tuesday, boosted by gains in industrial giants 3M and Caterpillar.

Both stocks contributed about 160 points to the Dow’s 195-point rise.

McDonald’s, another Dow component to report results on Tuesday, also notched up gains.

“At these levels, only companies that have both top-line and bottom-line beats could make the market move higher,” said Rick Meckler, president of hedge fund LibertyView Capital Management LLC in Jersey City, New Jersey.

The S&P industrial sector was among the biggest S&P gainers in the day. The sector has gained about 15 percent this year, largely in line with the broader S&P 500 index, but lags technology and health-care groups.

“It offers some hope to investors that this rally will broaden out, which it needs to do, to sustain at these levels,” Heckler said.

Gains in both indexes were kept in check by declines in health-care stocks.

Centene dipped about 4 percent after saying that White House moves to cut off Obamacare subsidies would knock 7-12 cents per share off the health insurer’s fourth-quarter earnings.

That along with a 1.5 percent drop in Johnson & Johnson and a 2.5 percent decline in AbbVie made the health-care index the worst performer among the S&P sectors.

General Motors rose 2.50 percent after the No.1 U.S. automaker reaffirmed its full-year earnings forecast and promised to slash stocks of unsold vehicles.