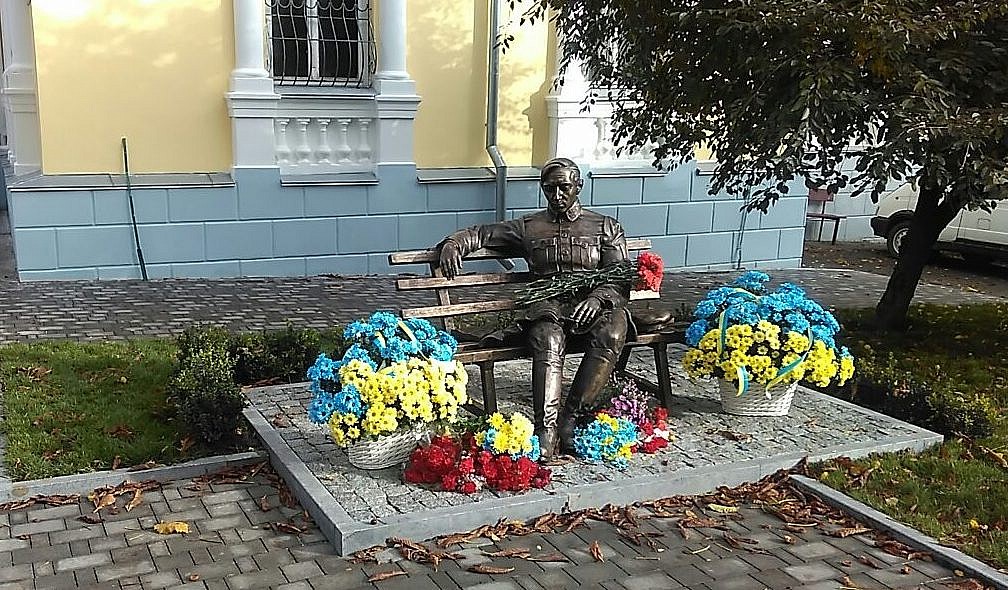 Controversy over a statue honoring Symon Petliura, a Ukrainian leader who is widely considered responsible for pogroms that killed tens of thousands of Jews during the Russian Civil War, continued, as an ultra-nationalist leader lashed out at those protesting the move.

Since its unveiling in the central Ukrainian city of Vinnitsa nearly two weeks ago, Jewish groups criticized the decision to honor Petliura. Now, Volodymyr Bazelyuk, the local leader of the ultra-nationalist Svoboda party, attempted to hush protests, threatening “Jews” who have voiced opposition.

“Do not tell us how to live and whom to put monuments to on our land! If you want to live with us, get used to our rules, and if not, go to your land or be punished,” the Ukrainian-Israeli media outlet NEWSru reported.

Svoboda, which holds six seats in Ukraine’s parliament, has been at the forefront of many attempts to venerate leaders with connections to Nazism and violence against Jews. Their members have used harsh anti-Semitic rhetoric on many occasions.

The statue stands in the heart of what was once Vinnitsa’s Jewish quarter, known as Yerusalimka (Jerusalem), and is a short distance from the city’s still-functioning shul.

The move was condemned by groups and individuals both in Ukraine and internationally. The World Jewish Congress released a statement calling its construction “disgraceful and regrettable.”

“He and his Ukrainian People’s Republic were more than just Ukrainian nationalists; they were also avowed and brutal anti-Semites, intoxicated by the thrill of carrying out unimaginably vicious and inhumane crimes against innocent people,” said WJC executive vice president Robert Singer.

Petliura led the independent republic of Ukraine from shortly after the Russian Revolution until 1921, when the nation was overrun by Bolshevik troops. During his rule, Jewish communities were terrorized by a series of brutal pogroms. Death tolls are estimated to be between 35,000 and 50,000. Thousands more were maimed and turned into refugees. Ukrainian soldiers under Petliura’s command were often the leaders and key participants in the pogroms. Some firsthand accounts even recall seeing Petliura at the scene of some of attacks on Jewish villages.

Petliura was killed in 1926 in Paris, where he had gone into exile, by Shalom Schwartzbard, who had lost his entire family in the pogroms. He was acquitted at a highly publicized trial, the testimony of which documented the brutality of the violence during Petliura’s rule.

Since ousting a Moscow-allied government in 2014 and fighting against pro-Russian separatists, Ukraine has increasingly sought to shine a spotlight on those involved in its past national struggles.

Gershon Beloritsky, an attorney who serves as legal advisor to Ukraine’s Chief Rabbinate, said that the movement has led to many disturbing outcomes.

“They [Ukrainians] are trying to find new heroes and, unfortunately, they find a lot of people who are not so deserving of admiration,” he told Hamodia. “Most people are just ignorant of his past, but in Jewish history, he [Petliura] is a very negative person… They could find plenty of good heroes, good scientists and generals who did not commit genocide, but they are not sensitive to that.”

Mr. Beloritsky said that building the monument was advanced by Svoboda and other similar elements, but ultimately approved of by local authorities: an example of what he said was a common pattern in Ukraine.

“They [ultra-Nationalists] suggest an idea, but then if someone in the mainstream opposes it, they accuse them of being unpatriotic or call them Russian agents. They have a right to free speech like everyone else, but the aggressive way they push their agenda to the national level is dangerous,” he said.

Mainstream national politicians, Mr. Beloritsky said, “have not said anything” about the Petliura statue, despite many calls for them to speak out against it.

“They are always worried about provoking them [ultra-Nationalists], so they ignore them. It might make sense in the short term, but they are not thinking about the long-term effect of letting this type of behavior go unchecked,” he said. “Ukraine has to learn that if they want to be accepted internationally, as they say they do, actions like this are unacceptable.”