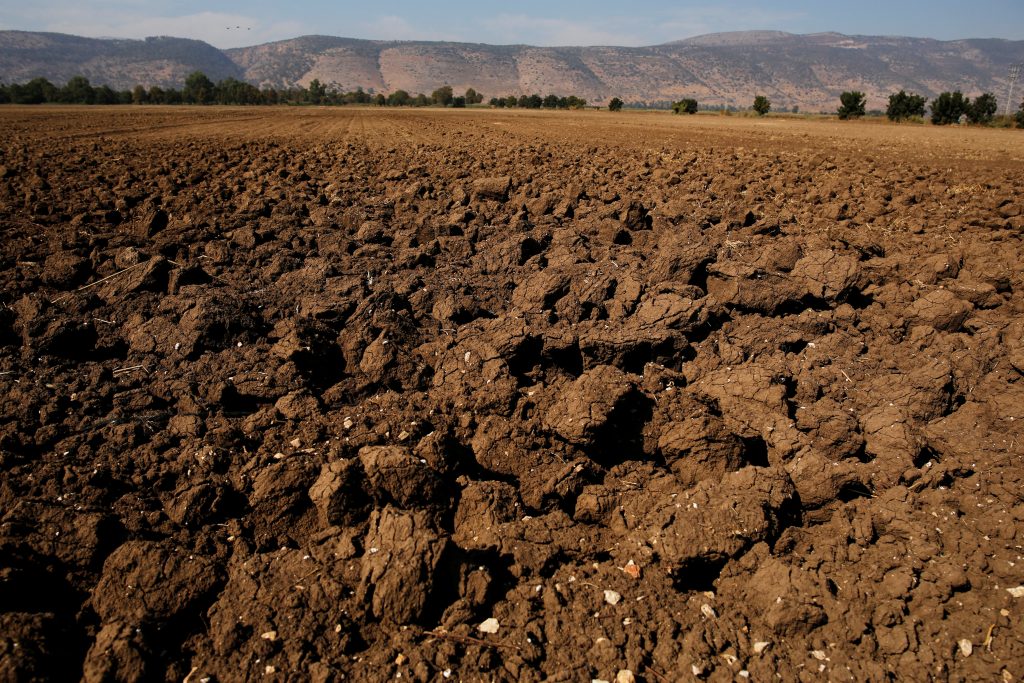 It was a source of national pride – technology and discipline besting a crippling lack of water. But four years of drought have overtaxed Israel’s unmatched array of desalination and wastewater treatment plants, choking its most fertile regions and catching the government off-guard.

“No one imagined we would face a sequence of arid years like this, because it never happened before,” said Uri Schor, spokesman for Israel’s Water Authority.

Lake Kinneret is forecast to hit its lowest level ever before winter rains come, despite the fact that pumping there was massively reduced. Underground aquifers, the other main freshwater source, are nearing levels that will turn them salty.

How to cope with the crisis is becoming an increasingly touchy subject in Israel. Proposed cuts to water use for the coming year, more than 50 percent in some areas, prompted vehement opposition from farmers, who already face tough restrictions and would have been the hardest hit. The government quickly backtracked.

Under discussion for a possible long-term solution to Israel’s water problem is the construction of an additional desalination plant, an industry official said. A similar facility in Israel has cost more $400 million.

Several new reservoirs to catch rain and flood waters could also relieve some pressure as a quick, $60 million fix, the official said, asking to remain anonymous due to the political sensitivity of the subject.

Just a few years ago Israel, a country two-thirds arid, declared an end to the water shortages that dogged it for decades. A longstanding nationwide awareness campaign ceased and Israelis could take long showers and water their gardens.

There was even talk of exporting surplus water to its neighbors. This came as a result of a massive investment drive which saw Israel put 15 billion shekels ($4.3 billion) in its national water grid and sewage treatment centers. The commercial sector invested another seven billion shekels into the construction of five desalination plants.

Supply issues are being hardest felt among farmers in the northern tip of Israel, the region where Dubi Amitay, a fourth-generation farmer and president of the Israel Farmers Federation, lives.

Amitay said the shortage had made him decide to dry out 3,700 acres of land, which will take a toll on future harvests.

His home region of eastern Galil, a lush swath of land between the coast and the Golan Heights, could lose up to 500 million shekels this season, he said.

The lack of a reliable water supply leaves farmers with deep uncertainty.

“Will we have water or not?” he said.