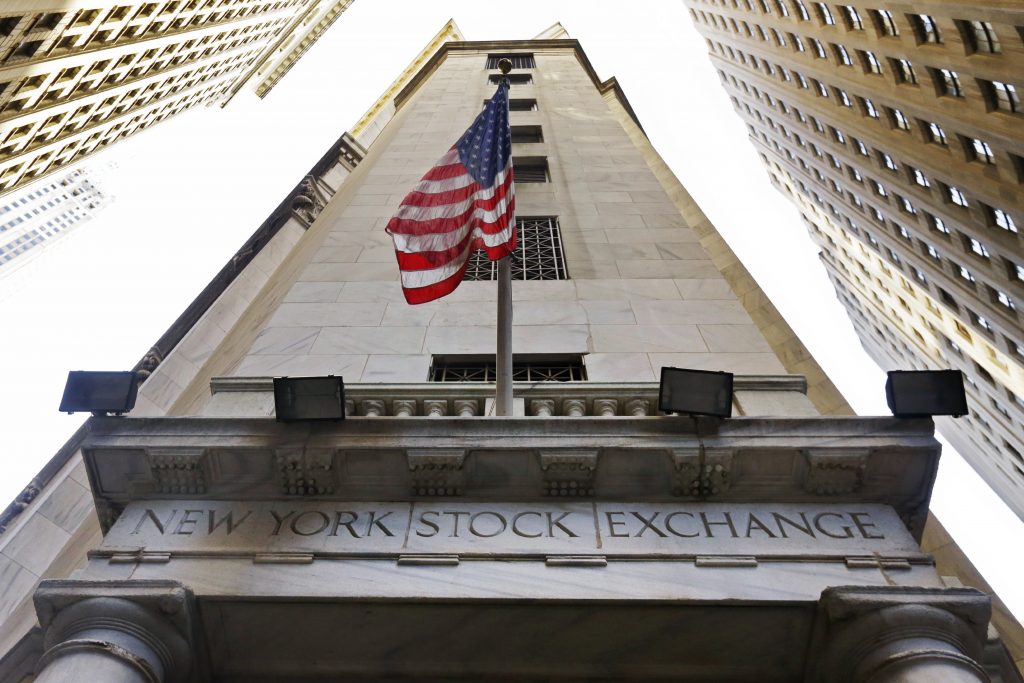 POWER DOWN: General Electric tumbled $1.44, or 6.1 percent, to $22.39 after analysts at UBS and Morgan Stanley lowered their ratings on the company. Investors reacted positively to the conglomerate’s third-quarter results Friday, but UBS analyst Christopher Belfiore cut his 2018 and 2019 profit estimates for GE and said it’s likely to reduce its dividend payments.

NO JOY FOR TOYS: Hasbro tumbled after its sales forecast fell short of Wall Street estimates. The company said the recent bankruptcy of Toys R Us affected its business. Its stock gave up $8.86, or 9 percent, to $89.33; and competitor Mattel fell 45 cents, or 2.8 percent, to $15.52.

Investors were also occupied with companies’ quarterly results. Electronic storage company Seagate Technology surged after its first-quarter report surpassed analysts’ expectations. The stock gained $4.16, or 11.9 percent, to $39.10. VF Corp., which owns brands including Vans, Timberland and Wrangler, raised its estimates for the year after a strong third quarter report. Its shares advanced $4, or 6 percent, to $70.38.

Timber and wood products companies Potlach and Deltic Timber also said they will combine. Potlach said it will buy Deltic in an all-stock deal that will create a company that owns about 2 million acres of timber. Deltic added $5.24, or 5.9 percent, to $94.37, and Potlach rose 30 cents to $53.30.