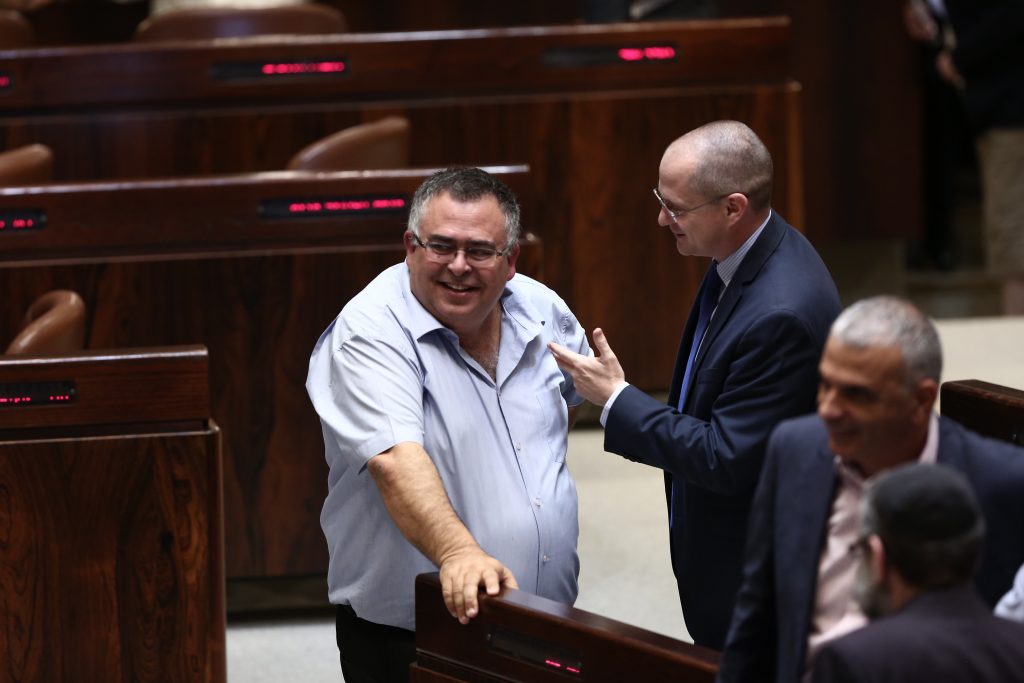 With the attorney general and some members of the coalition opposed to a bill that would provide immunity from criminal prosecution to an incumbent prime minister, prospects for passage looked bleak on Monday.

“No one is above the law, not even the prime minister,” Attorney-General Avihai Mandelblit said in a speech at Tel Aviv University on Monday.

“Such an arrangement has no flexibility or balance; it represents a severe blow to the imposition of the rule of law, to public confidence and to equality before the law, and is therefore an arrangement that should not be adopted,” said Mandelblit.

He also noted that “there will be no power to investigate a serving prime minister, even if clear, specific evidence has come to light that gives rise to a suspicion of a serious act of bribery, for example, or other serious offences.”

Likud MK David Amsalem’s bill, which was patterned after a French constitutional amendment, states that a criminal investigation of a prime minister cannot be launched unless it involves security-related crimes, violence or drugs, or of a crime that, without an immediate investigation, could cause significant harm to the country’s security or economy. The bill would not apply retroactively, so it would have no bearing on the ongoing investigations against Israeli Prime Minister Binyamin Netanyahu.

Before the day was over, it became evident that coalition support for the measure would be insufficient, after Finance Minister Moshe Kahlon, chairman of Kulanu, announced that he would not impose party discipline to vote for it.

“No faction member will vote against his conscience,” Kahlon stated. “We will follow the coalition agreement, but when it comes to things that are not in the agreement, even MK can vote according to his conscience.”

Jewish Home, also a coalition partner, has yet to decide on the contentious bill, but senior party official Justice Minister Ayelet Shaked has also expressed unease about it.
The issue was causing strains in the coalition. Coalition chairman David Bitan was gearing up for a confrontation over it, saying he’ll “go all the way” with the bill, even if it leads to new elections.

To show that he means it, the combative Bitan froze all other bills until the other parties agree to go along.

“Parties need to understand there are times that they need to give in,” Bitan said.

Meanwhile, the opposition was enjoying the show. Yair Lapid said the coalition is “breaking records of disgustingness and corruption.”

“The country doesn’t interest them; this whole building, this whole Knesset, for them is a place meant to make personal arrangements,” he charged. “To threaten the police, cancel investigations, give money to one another, give each other jobs… The only thing they care about is to quickly pass a law to not allow investigating a prime minister.”

Zionist Camp leader Avi Gabbay accused the coalition parties of pursuing their own interests while ignoring the people who elected them.

“Everything is about the goal of being reelected. They’re busy with the prime minister and his immunity,” he said.