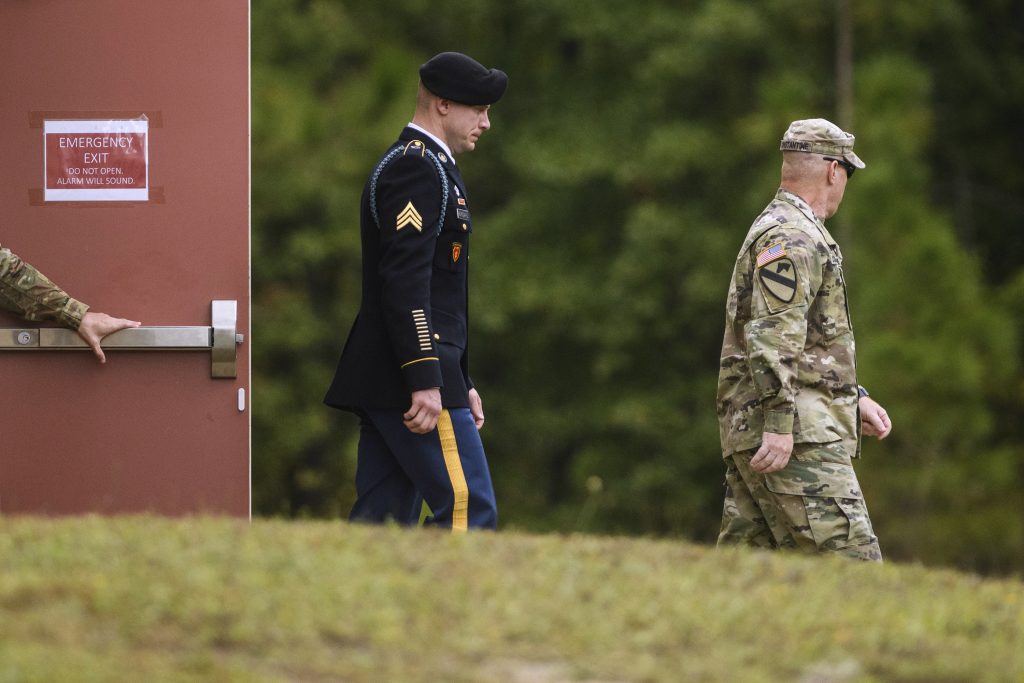 A military judge will weigh whether President Donald Trump’s critical statements about U.S. Army Sergeant Bowe Bergdahl have hurt the soldier’s chances of getting fair treatment in the desertion case that could send him to prison for life.

Bergdahl’s lead attorney, Eugene Fidell, argued on Monday that the 31-year-old Idaho native should be spared prison time because the Republican president has unlawfully influenced the proceedings.

“His statements clearly called for Sergeant Bergdahl to be severely punished,” Fidell said in court at North Carolina’s Fort Bragg.

Bergdahl pleaded guilty last week to walking off his combat outpost in Afghanistan in June 2009 and endangering the lives of fellow troops. He was quickly captured by the Taliban and spent the next five years suffering torture, abuse and neglect in captivity.

His sentencing proceedings were due to get underway on Monday but were postponed until Wednesday, due to a family emergency for a lawyer in the case.

The one-hour hearing instead focused on Trump, who during last year’s presidential campaign called Bergdahl “a no-good traitor who should have been executed.”

The Army judge in the case, Colonel Jeffery Nance, has previously ruled that the comments by the then-candidate were “disturbing,” but refused to dismiss the case.

On Monday, Fidell played a video of Trump’s Oct. 16 press conference in the White House’s Rose Garden, where a reporter asked whether the president thought his prior comments had hurt Bergdahl’s ability to receive a fair trial.

Trump said he could not comment, then added, “But I think people have heard my comments in the past.”

Major Justin Oshana, a prosecutor in the case, said Trump’s remarks should not be taken as evidence that he has the same attitude about Bergdahl now as during the campaign.

The judge said that when he denied the motion to dismiss in February, he believed the public would see Trump’s earlier statements as campaign rhetoric.

The context changed once Trump was sworn in as president and commander in chief of the U.S. military, he said. He called the prosecutor’s argument about the latest statement “a strained interpretation.”

Nance said it was more reasonable to believe that Trump last week “was saying, ‘I can’t talk about this, but I think everybody knows what I think about Bowe Bergdahl.'”

The judge did not immediately rule on the motion.

Bergdahl pleaded guilty to desertion and misbehavior before the enemy, with the latter offense carrying a possible life sentence. He entered a “naked plea,” meaning he does not have an agreement about the sentencing terms with prosecutors.