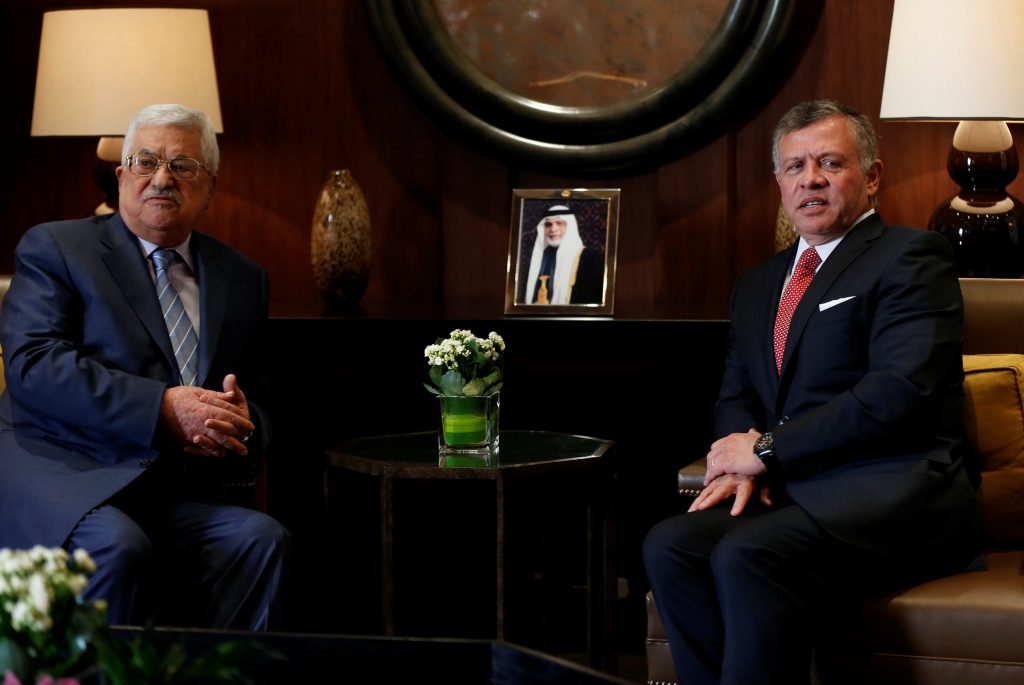 Jordan’s king on Sunday endorsed a shaky Palestinian reconciliation agreement that is meant to end a decade-old political and ideological feud between rivals Hamas and Fatah.

The palace said that the king “affirmed Jordan’s full support for this agreement” which it said would strengthen Palestinian unity. Jordan, which considers itself a key Mideast mediator, was not directly involved in reconciliation efforts.

Under an emerging deal, an Abbas-led government would run Gaza, but critical issues remain unresolved.

The U.S. and Israel say an unrepentant Hamas terror organization cannot be part of a Palestinian government.

They each have reiterated long-standing demands by the international community that Hamas renounce violence and recognize Israel’s right to exist — conditions the group rejects.

The Palestinians are discussing an arrangement in which Hamas would not be part of the government but would likely continue to wield some external influence through its military wing. It is unclear whether that will satisfy the international community.

Last week, White House Mideast envoy Jason Greenblatt traveled to Cairo to speak to Egyptian officials about the reconciliation process. Greenblatt has been shuttling throughout the region in hopes of relaunching peace talks, which collapsed in 2014.

“The United States welcomed such efforts and the two sides agreed to use their best efforts to work together, as well as with the Palestinian Authority, Israel, Jordan and others in the region to explore all available opportunities to provide humanitarian assistance to Palestinians living in Gaza,” the official said. “Such assistance will require the international community to join together to fund projects that will tangibly and positively impact all Palestinians.”

The official, who was not authorized to talk to the media on the record, spoke on condition of anonymity.