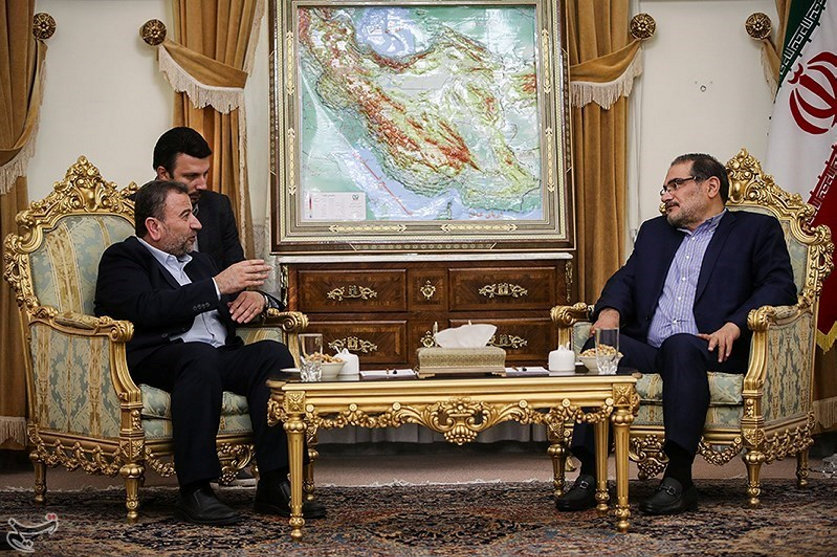 The deputy head of the Palestinian Islamist terror group Hamas vowed to keep close ties with Israel’s arch-enemy Iran and to maintain its weapons, Iranian media reported on Sunday, rejecting Israeli preconditions for any peace talks.

Hamas, which is designated as a terrorist group by Western countries and Israel, signed a reconciliation deal this month with Palestinian leader Mahmoud Abbas’s Fatah faction.

“Undoubtedly, the Palestinian resistance forces will never give up … their arms,” the semi-official news agency Mehr quoted Saleh al-Arouri as saying at a meeting with the Iranian parliament’s speaker Ali Larijani in Tehran.

Israel said last Tuesday it would not hold peace negotiations with a Palestinian government dependent on Hamas and demanded that Hamas recognize Israel, disarm, and sever its ties with Iran.

“Our presence in Iran is the practical denial of the third pre-condition — cutting ties with Iran,” Arouri said earlier, quoted by Iran’s Fars news agency.

In August, a Hamas leader said that Iran was again its biggest provider of money and arms after years of tension over the civil war in Syria. Hamas had angered Tehran by refusing to support its ally, Syrian President Bashar al-Assad, in the six-year-old civil war.

Hamas seeks Israel’s destruction. It has fought three wars against Israel since seizing the Gaza Strip from forces loyal to Western-backed Abbas in 2007.