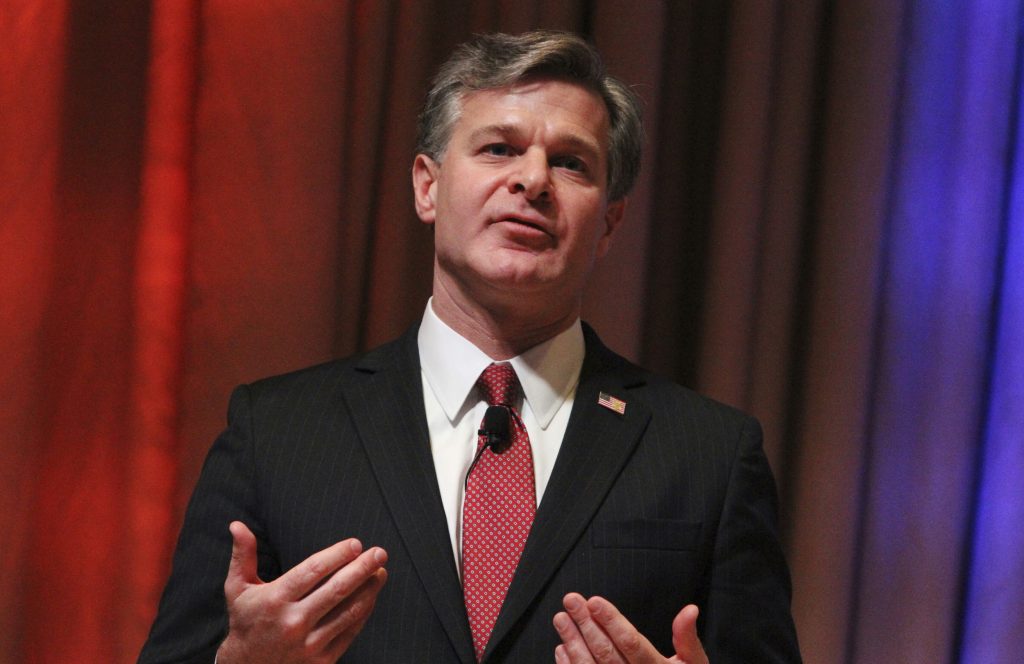 The FBI hasn’t been able to retrieve data from more than half of the mobile devices it tried to access in less than a year, FBI Director Christopher Wray said Sunday, turning up the heat on a debate between technology companies and law enforcement officials trying to recover encrypted communications.

In the first 11 months of the fiscal year, federal agents were unable to access the content of more than 6,900 mobile devices, Wray said in a speech at the International Association of Chiefs of Police conference in Philadelphia.

“To put it mildly, this is a huge, huge problem,” Wray said. “It impacts investigations across the board — narcotics, human trafficking, counterterrorism, counterintelligence, gangs, organized crime, …”

The FBI and other law enforcement officials have long complained about being unable to unlock and recover evidence from cellphones and other devices seized from suspects even if they have a warrant, while technology companies have insisted they must protect customers’ digital privacy.

The long-simmering debate was on display in 2016, when the Justice Department tried to force Apple to unlock an encrypted cellphone used by a gunman in a terrorist attack in San Bernardino, California. The department eventually relented after the FBI said it paid an unidentified vendor who provided a tool to unlock the phone and no longer needed Apple’s assistance, avoiding a court showdown.

The Justice Department under President Donald Trump has suggested it will be aggressive in seeking access to encrypted information from technology companies. But in a recent speech, Deputy Attorney General Rod Rosenstein stopped short of saying exactly what action it might take.

“I get it, there’s a balance that needs to be struck between encryption and the importance of giving us the tools we need to keep the public safe,” Wray said.

In a wide-ranging speech to hundreds of police leaders from across the globe, Wray also touted the FBI’s partnerships with local and federal law enforcement agencies to combat terrorism and violent crime.

“The threats that we face keep accumulating, they are complex, they are varied,” Wray said, describing threats from foreign terror organizations and homegrown extremists.

Wray also decried a potential “blind spot” for intelligence gathering if Congress doesn’t reauthorize an intelligence surveillance law set to expire at the end of the year. The Foreign Intelligence Surveillance Act allows the government to collect information about terrorists, people suspected of cybercrimes or proliferation of weapons of mass destruction, and other foreign targets outside the United States. Intelligence and law enforcement officials say the act is vital to national security.

A section of the act permits the government, under the oversight of the Foreign Intelligence Surveillance Court, to target non-Americans outside the United States.

“If it doesn’t get renewed or reauthorized, essentially in the form that it already is, we’re about to get another blind spot,” Wray said.