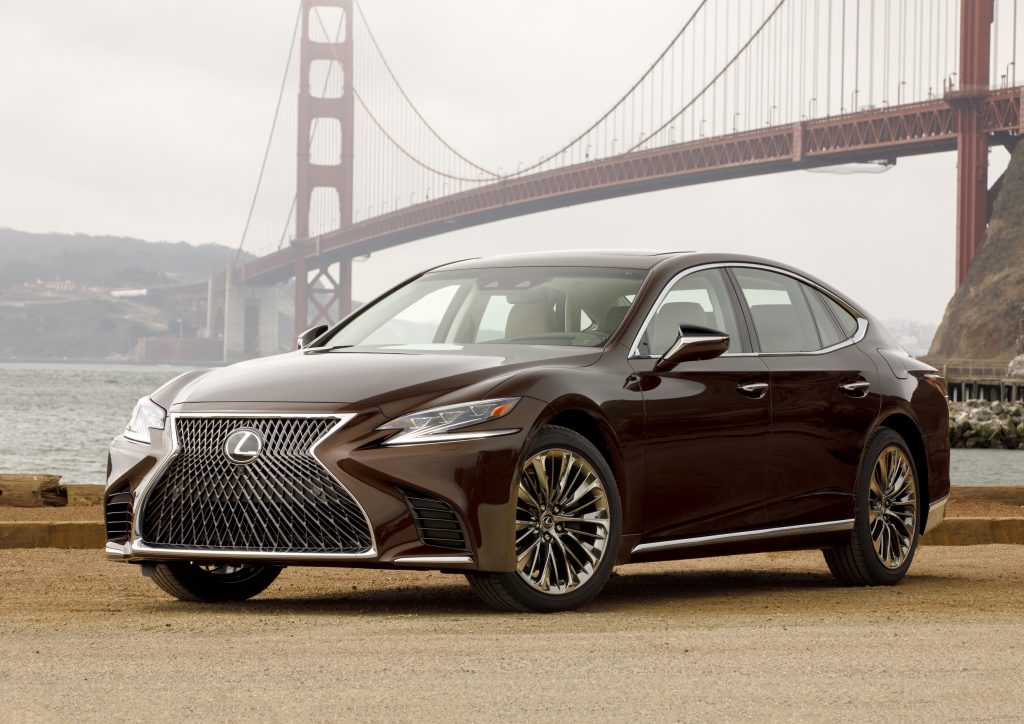 If you fly the unfriendly skies, you already know airlines treat their customers with contempt.

Want enough room for your legs? Forget it. Climate control? None until you take off — it saves fuel. And then there are the baggage fees. By carrying your own bags on board, you’re doing the work once done by employees. And don’t look too closely at the cabins: The last time they were cleaned is when they were bought.

This is why passenger airlines such as Delta, American, United and others reported an after-tax net profit of $13.5 billion in 2016, a still-huge figure down from a staggering $24.8 billion in 2015, according to the U.S. Department of Transportation.

Even first class isn’t that great anymore. If you really want to travel in style, better opt for the all-new redesigned and re-engineered 2018 Lexus LS.

It’s been a decade since Lexus — part of Japanese automaker Toyota’s portfolio — redesigned its flagship, which until now had followed the conservative parameters set by the brand’s German competition. That’s changed with the fifth-generation LS.

“The new LS was created as an expression of what a true Japanese sedan should be, from its design language to the way it drives, “ said Toshio Asahi, the chief engineer of the LS. “Therefore, it has its own unique identity.”

That’s certainly true up front, where the car’s spindle grille loudly announces that the sobriety that long stigmatized Lexus is dead. Adding a sense of sleekness is the car’s flowing roof, which forms a coupe-like silhouette common to new sedans. The rear and side styling, however, are less exciting. Still, Lexus deserves kudos for giving the LS apparent Japanese character.

And that design language continues inside, where the door panels are trimmed with origami-like handmade pleats and are placed alongside Kiriko cut glass and real wood accents. The effect far surpasses any first-class passenger airline cabin. The quality is impressive.

That’s why if you’re an airline exec, exhausted by another day of cramming more rows of seats into airplane cabins, you can relax in the LS’ right rear throne. While your chauffeur drives, you press a button. The front passenger seat slides forward, and your seat reclines. Then, you can activate the feature that mimics a shiatsu massage, all while your airline delays flights and misplaces luggage. There are also heated and cooled seats, and four-zone climate control to keep you comfy.

To call the Lexus LS 500 a feast for the senses would be an understatement, and that’s before you start driving. Once you do, it’s hard to tell who has the better deal, the reclining passenger or the chauffeur.

The LS is built on Lexus’ new GA-L platform and it’s powered by an all-new 3.5-liter twin-turbocharged V-6 that produces 416 horsepower and 442 pound-feet of torque. That’s noticeably more than the outgoing LS’s 4.6-liter V-8, which produced 386 horsepower and 367 pound-feet of torque. It’s mated to a 10-speed automatic transmission that propels the 5,000-pound LS to 60 mph in 4.6 seconds on rear-wheel-drive models. Top speed is 136 mph. All-wheel drive is also offered, although it affects fuel economy. With rear-wheel drive, the LS returns 19 mpg city, 29 mpg highway. That drops to 18 mpg city, 27 mpg highway with all-wheel drive.

Of course, if fuel economy is a concern, opt for LS 500h, which pairs a naturally aspirated version of the 3.5-liter V-6 gasoline engine with two electric motor/generators and a continuously variable automatic transmission. You won’t lose much at the stoplight grand prix, as zero to 60 mph takes 5.1 seconds. What you will gain is better fuel economy: 25 mpg city, 33 mpg highway.

Regardless of driveline, you’ll find the LS not only delivers the expected equanimity, but it does so with more athleticism than you’d anticipate. The car’s lower center of gravity and hint of feedback make this an LS you want to drive with passion. Unfortunately, it’s also the brand’s flagship sedan, so tackling corners with gusto is only called for when the backseat passengers deserve to be tossed from side to side.

Of course, there is a blizzard of electronics meant to make the driver better. Dubbed VDIM, for Vehicle Dynamics Integrated Management, it’s the latest version of the technology first used in 2005. And there’s a head-up display, which projects crucial information on the windshield in a huge 24-by-6-inch space.

And need I say that the audio system is sublime? Then again, so is the whole car.

And while the outgoing LS was a bit long in the tooth, the updates lend the 2018 Lexus LS 500 a far more contemporary feel. It doesn’t lead the pack the way the first LS did, but it’s a decidedly different flavor from the rest of the fleet.

Base prices: To be announced