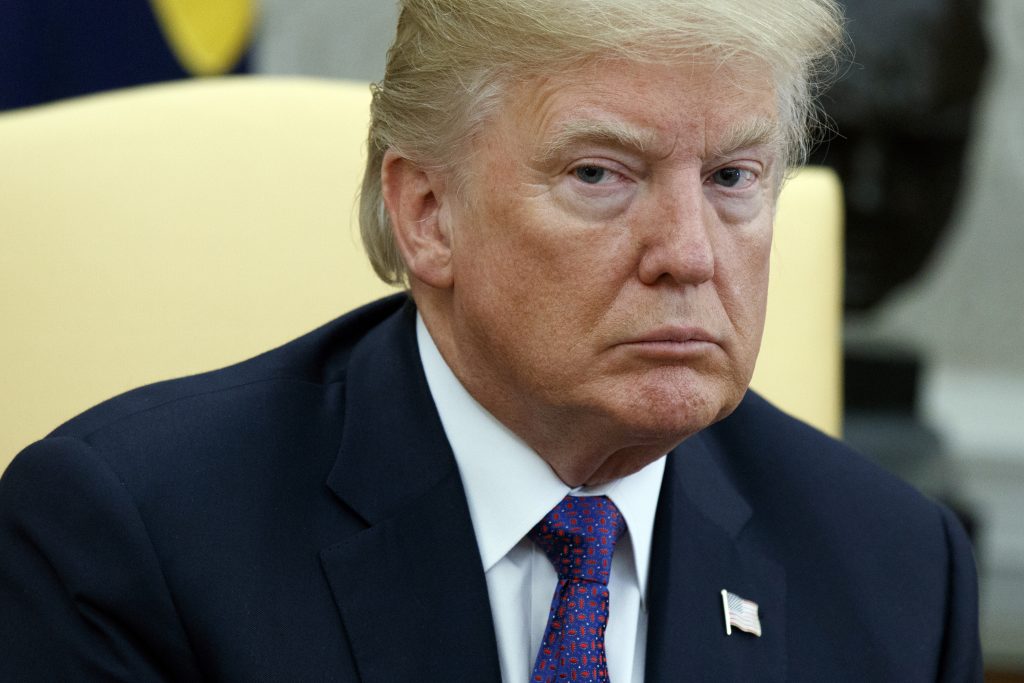 President Donald Trump intends to spend at least $430,000 of his own money to help pay the legal bills of White House staff and campaign aides related to the investigations into Russian election meddling in the 2016 election, a White House official said Saturday.

It’s the first such commitment by Trump, who has dismissed the ongoing investigations into whether his campaign colluded with Russia as a “witch hunt” invented by Democrats to explain Hillary Clinton’s loss.

It wasn’t immediately clear exactly how the payouts would be structured or which aides would be receiving them. The official spoke on condition of anonymity in order to discuss the president’s plans, which were first reported by the website Axios.

Trump and his aides have been racking up hundreds of thousands of dollars in legal fees as Special Counsel Robert Mueller and House and Senate committees dig deeper into Russia’s role in the campaign. Mueller’s team of investigators has been interviewing current and former White House officials in their probe, and Trump campaign officials and others have been turning over tens of thousands of emails and documents to federal and congressional investigators.

One former campaign aide, Michael Caputo, has spoken publicly about the financial toll the legal bills have taken on his family, including having to empty out his children’s college savings accounts.

The Republican National Committee and the president’s re-election campaign have been covering some of the costs, including payments to the law firm representing Trump’s oldest son, Donald Trump Jr., who in June 2016 met with a Russian lawyer and others who had promised to deliver dirt on Clinton.

Trump has repeatedly denied that he colluded with Russia to win the election and has voiced skepticism about the conclusion by U.S. intelligence agencies that Russia had a clear preference for Trump in the 2016 campaign.

The continuing investigations and attention to the issue have infuriated the president, who sees the efforts as an attempt to delegitimize his presidency.

“Crooked Hillary Clinton spent hundreds of millions of dollars more on Presidential Election than I did,” he tweeted Saturday.

Norman Eisen, an ethics lawyer in the Obama administration, said the offer “raises substantial questions under federal criminal law and federal ethics law,” including whether it might be construed as part of an effort to glean more favorable testimony and whether current federal employees are even allowed to accept such gifts.

He said he would have hesitated to recommend such an offer and warned it would likely draw prosecutorial scrutiny.