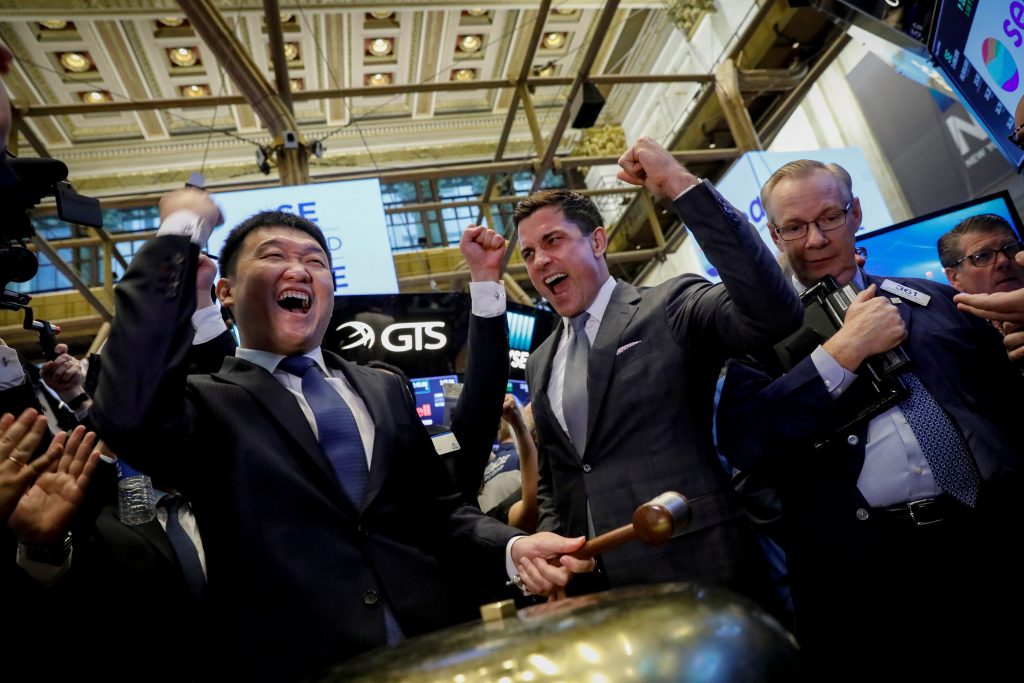 U.S. stocks notched modest gains in morning trading Friday as investors cheered a crop of strong company earnings. Technology companies posted some of the biggest gains. Banks and bond yields jumped after the Senate passed a budget bill that eases the path toward passing tax cuts sought by the Trump administration. Consumer-products companies lagged the most. Crude-oil prices rebounded after an early slide.

TAX CUT NEXT?: The passing of a $4 trillion budget resolution in the Senate stoked hopes on Wall Street that President Donald Trump’s tax-reform package will be enacted. The measure, which passed narrowly late Thursday and now goes to the House of Representatives, sets the stage for tax legislation later this year that could pass through the Senate without fear of a filibuster by Democrats. Investors’ expectations that such a plan would slash the corporate-tax rate, among other business-friendly changes, helped fuel Wall Street’s gains this year.

BULLISH ON BANKS: Investors bid up shares of banks as bond yields surged. Higher bond yields allow banks to charge higher interest rates on mortgages and other loans. Synchrony Financial gained $1.45, or 4.6 percent, to $33.16. Citizens Financial Group picked up 49 cents, or 1.3 percent, to $37.92. Both also reported higher quarterly earnings than analysts had been expecting.

BEST FOOT FORWARD: Skechers USA soared 36.6 percent after the shoe company reported that its profit and sales were stronger than analysts had expected. The stock rose $8.79 to $32.82.

CASHED OUT: NCR slid 9.8 percent after the company cut its annual revenue forecast and said that orders for ATMs were weaker than it had expected. Its shares lost $3.63 to $33.42.

ENERGY: Oil futures recovered after an early slide. Benchmark U.S. crude was up 22 cents to $51.51 a barrel on the New York Mercantile Exchange. Brent crude, used to price international oils, added 41 cents to $57.64 a barrel in London.