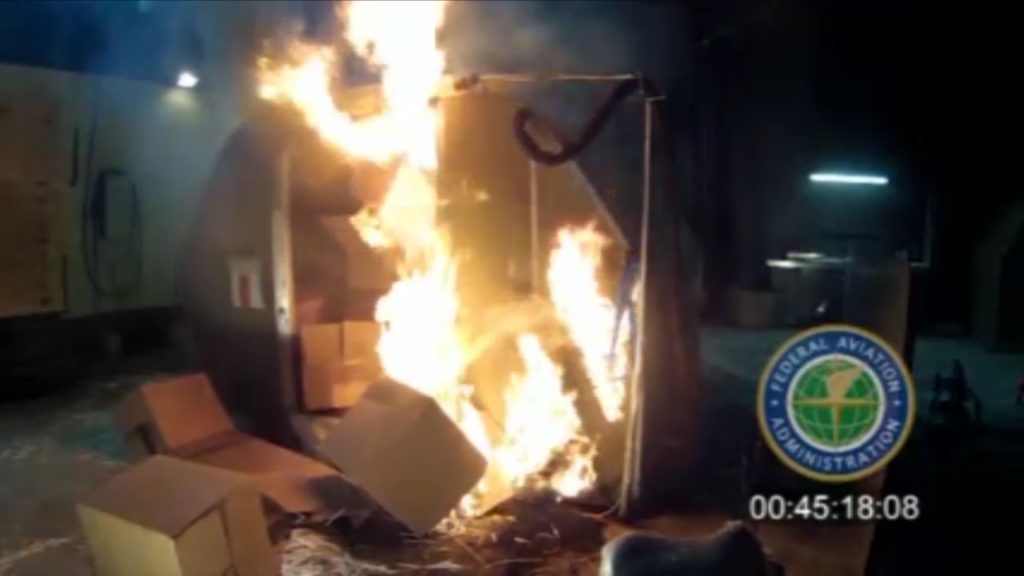 The U.S. government is urging that large, personal electronic devices like laptops be banned from airline checked luggage because of the potential for a catastrophic fire.

The Federal Aviation Administration says in a paper filed recently with a U.N. agency that its tests show that when lithium-ion batteries used in laptops, cellphones and other devices overheat in close proximity to an aerosol spray, they can cause explosions capable of disabling an airliner’s fire suppression system. The U.N. agency sets global aviation safety standards.

The FAA says permitting passengers to carry larger personal electronic devices only in the cabin is the most effective way to protect safety.