National Tillerson Off to Mideast, South Asia With Eye on Iran, Iraq
National 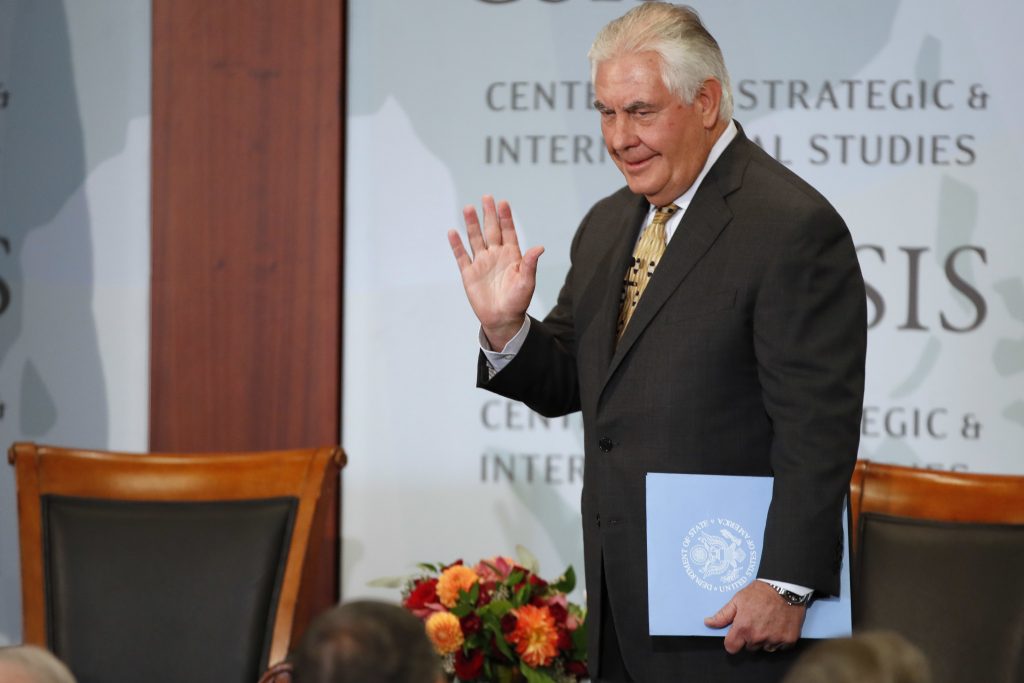 Secretary of State Rex Tillerson heads to the Middle East, South Asia and Europe this week on a diplomatic mission focused on conflicts in Iraq and Syria and blunting Iranian influence in the region, the State Department said Thursday.

Tillerson departs on Friday for travel to Saudi Arabia, Qatar, Pakistan and India before returning home through Switzerland on Oct. 27, the department said in a statement.

In Riyadh, Tillerson will explore ways of improving relations between Saudi Arabia and Iraq by participating in the first meeting of the two countries’ new coordination council, it said. That effort, which U.S. officials say Tillerson has pushed for months, is aimed at reducing Iran’s increasing influence in Iraq by encouraging Baghdad to align more closely with Riyadh.

Saudi-Iraqi ties have been strained for decades, dating back to Saddam Hussein’s rule and more recently over Iran, Sunni-led Saudi Arabia’s chief nemesis, which has been playing a larger role in predominantly Shia Iraq, including in the controversy over the Iraqi Kurds recent independence referendum.

Tillerson will also meet Saudi officials to discuss their ongoing military campaign against Iranian-backed rebels in Yemen and the crisis between the Gulf Arab states and Qatar. Tillerson has since June been attempting to mediate the dispute between the traditional U.S. partners in the Gulf, two of which host major U.S. military bases.

The Qatari capital of Doha will be his next stop, followed by Islamabad and New Delhi.

In Pakistan and India, Tillerson will reaffirm the Trump administration’s South Asia strategy, which leans heavily on counter-terrorism efforts in Afghanistan and Pakistan but also identifies India as one of four democratic anchors in the greater Indian-Pacific Ocean region. The other three anchors are Australia, Japan and the United States. Administration officials say they see the four nations acting as a bloc to counter an increasingly assertive China. In a speech extolling the virtues of U.S.–India relations this week, Tillerson was highly critical of China, accusing it of operating outside global norms as it grows in economic and military might.

Syria and other humanitarian crises, like the desperate situation for Myanmar’s Rohingya Muslim population, will top Tillerson’s agenda at his final stop in Geneva, where he will meet officials from the U.N. refugee agency, the International Organization for Migration and the International Red Cross.