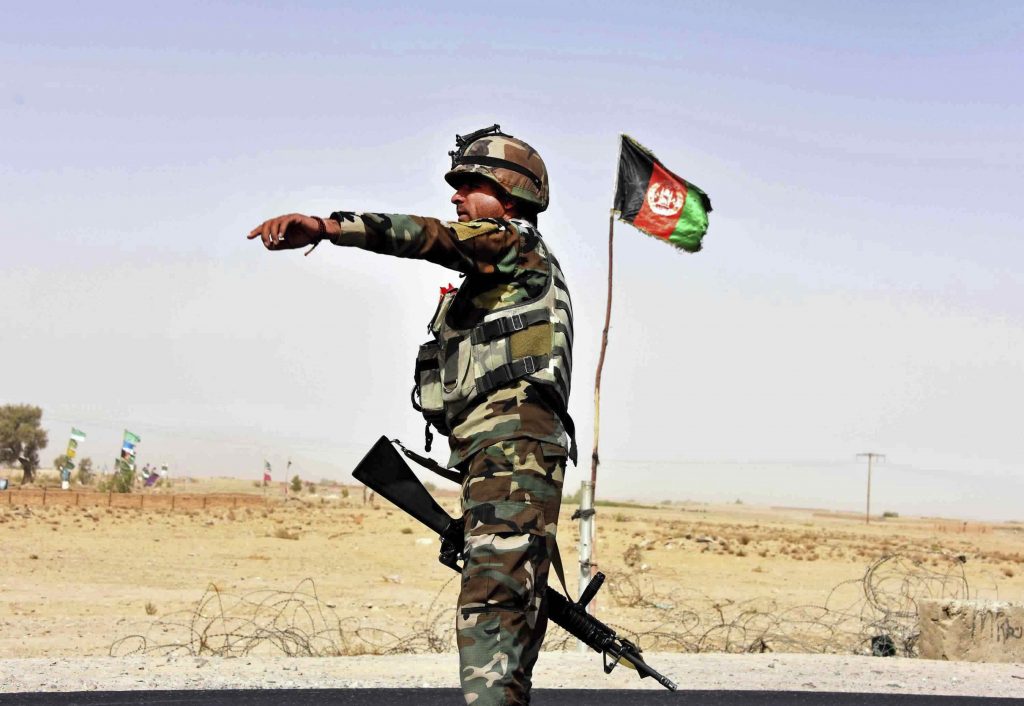 The Taliban have killed at least 58 Afghan security forces in a wave of attacks across the country overnight, including an assault that nearly wiped out an army camp in southern Kandahar province, officials said Thursday.

Nine other soldiers were wounded and six have gone missing, Wazir said, adding that 10 attackers were killed.

The Taliban claimed responsibility for the attack in a media statement.

Afghan forces have struggled to combat a resurgent Taliban since U.S. and NATO forces formally concluded their combat mission at the end of 2014, switching to a counterterrorism and support role.

The Taliban unleashed a wave of attacks across Afghanistan on Tuesday, targeting police compounds and government facilities with suicide bombers, and killing at least 74 people, officials said.

Among those killed in one of the attacks was a provincial police chief. Scores were also wounded, both policemen and civilians. Afghanistan’s deputy interior minister, Murad Ali Murad, called Tuesday’s onslaught the “biggest terrorist attack this year.”

Over the past two years and after the withdrawal of most foreign combat troops, the Taliban have stepped up attacks and spread from their southern heartland across the country. Attacks in the north have also increased.

In such a climate, the Kabul government has dismissed peace talks with the Taliban but CIA Director Mike Pompeo said on Thursday that the United States is going to do everything it can to bring the Taliban to the negotiating table in Afghanistan.

However, for that to happen, Pakistan must first deny the terrorists a safe haven on its soil, said Pompeo. For talks to move ahead, the Taliban must have no hope of winning on the battlefield in Afghanistan, and that means making it no longer possible to cross the Afghan-Pakistani border and hide inside Pakistan.

That strategy was outlined by President Donald Trump this summer as part of his approach to ending the 16-year war, in addition to an incremental increase in U.S. forces there.

Pompeo said in a speech at the Foundation for Defense of Democracies, a Washington think tank, that the U.S. “is going to do everything we can, to bring the Taliban to the negotiating table in Afghanistan, with the Taliban having zero hope that they can win this thing on the battlefield.”

U.S. officials have long accused Pakistan of turning a blind eye or assisting the Afghan Taliban and the allied Haqqani network. Pakistan routinely denies colluding with the terrorists.