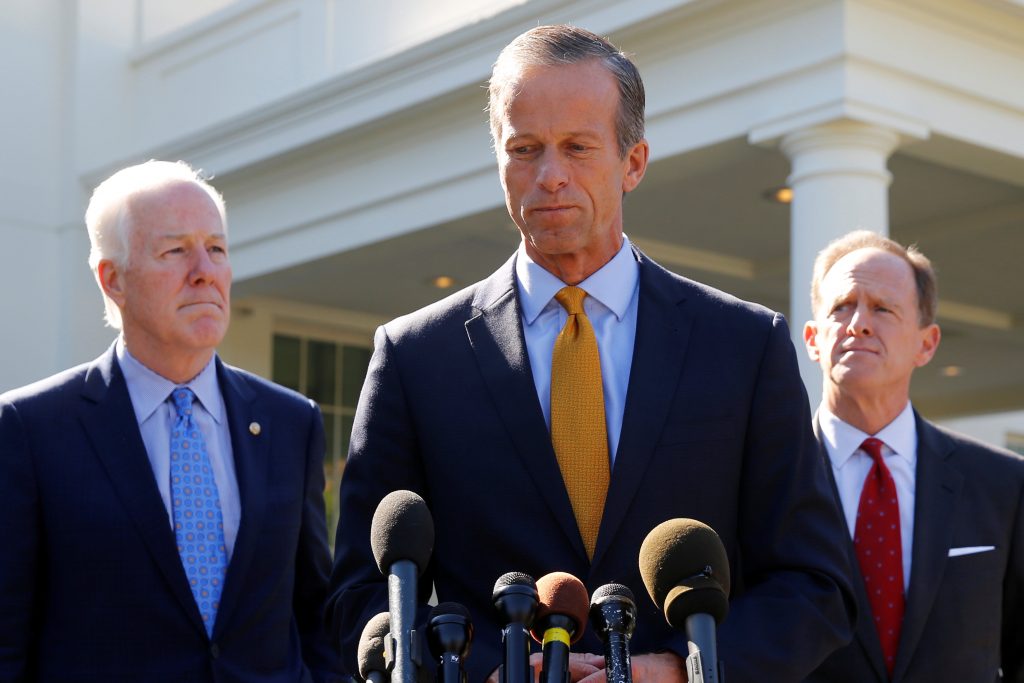 President Donald Trump’s drive to overhaul the U.S. tax code headed for a pivotal moment on Thursday, with Senate Republicans poised to approve a budget measure that would help them pass tax legislation without Democratic support.

The Senate and the House of Representatives must agree on a fiscal year 2018 budget resolution for Republicans to meet their goal of enacting a tax bill and sending it to Trump for his signature by the end of this year.

The budget resolution contains a legislative tool called “reconciliation,” which would enable Republicans, who control the 100-seat Senate by a 52-48 margin, to move tax legislation through the Senate on a simple majority vote. Otherwise, tax reform would need 60 votes and would likely fail.

Although Republican Senator Rand Paul, a fiscal hawk, has threatened to oppose the budget resolution, Senate Republicans appeared to have enough support to approve it with at least 50 votes, along with a possible tie-breaking vote from Vice President Mike Pence.

“We feel good about where we are,” Republican Senator John Thune, a member of the Senate leadership, said. “The level of resolve is pretty high.”

After failing to approve Trump-backed legislation to overturn Obamacare, Senate Republicans are under intense pressure to succeed on tax reform, beginning with the budget measure, which would allow tax legislation to add up to $1.5 trillion to the federal deficit over the next decade to pay for tax cuts.

“Republicans are going for the big Budget approval today, first step toward massive tax cuts. I think we have the votes, but who knows?” Trump wrote in an early morning post on Twitter.

If the budget measure passes, it will have to be reconciled with a markedly different resolution from the House of Representatives, which calls for a revenue-neutral tax bill. House Republicans say negotiations on a unified measure could take up to two weeks, setting the stage for introduction of a House tax bill by early November.

Republican success on reconciliation would all but rule out broad Democratic support for the Trump tax plan, which promises to deliver up to $6 trillion in tax cuts to businesses and individuals.

Trump sought the support of six Senate Democrats for his plan at a Wednesday meeting with Senate Finance Committee members from both parties. Five of the six Democrats, whom the White House described as open to working with Trump on taxes, are up for reelection next year in states that Trump carried in the 2016 presidential election.

The White House contends that the Republicans’ plan to slash the corporate income tax rate to 20 percent from 35 percent would create jobs and boost wages for blue-collar workers.

But Senator Ron Wyden, the top Senate Finance Democrat, who attended the White House meeting, said he made clear to Trump that Democrats believe his plan would benefit the wealthy, raise taxes on some middle-class Americans and increase the federal deficit.

“There is a Grand Canyon-sized gap between the rhetoric surrounding this plan and reality,” Wyden told reporters.