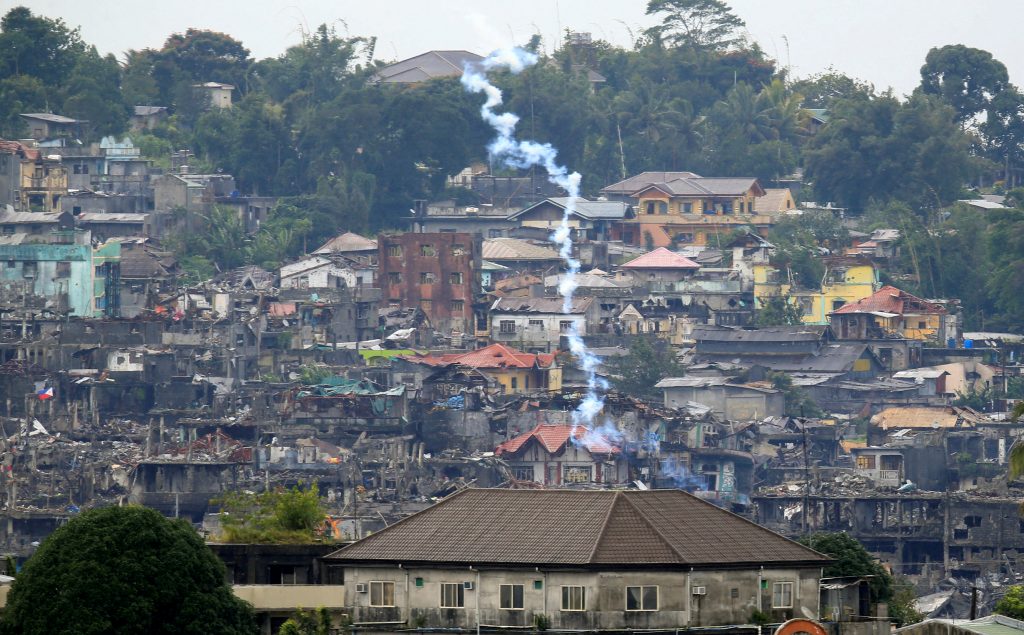 The Philippine military said on Thursday there was a “big possibility” that a top Malaysian terrorist tipped to become Islamic State’s point man in Southeast Asia has been killed in a battle overnight.

Twenty rebels among the remaining Islamic State loyalists holed up in the devastated heart of Marawi city were killed in the latest fighting, likely including Malaysian Mahmud Ahmad, said Colonel Romeo Brawner, deputy commander of a military task force.

“There is a big possibility that Dr. Mahmud is among them,” Brawner told reporters.

“But we will only be definite once we have a match of DNA samples, maybe of the dental records.”

If confirmed, Mahmud’s death would be a blow to any effort by Islamic State, which is on the back foot in Syria and Iraq, to establish a presence in Mindanao, an island with a history of rebellion and home to the predominantly Roman Catholic nation’s Muslim minority.

The Marawi siege has been the Philippines’ biggest security crisis in years, but some experts see it as a prelude to a more ambitious bid by terrorists to exploit Mindanao’s poverty and use its jungles and mountains as a base to train, recruit and launch attacks in the region.

The armed forces in a statement said 13 terrorists were killed overnight Wednesday and seven on Monday morning.

Two hostages were rescued and information they provided meant the authorities were “increasingly becoming confident” that Mahmud was dead.

The 39-year-old former university lecturer is believed to have been pivotal in raising and channeling funds for the alliance and its foreign terrorists during an occupation that has lasted 150 days, killing more than 1,000 people, mostly rebels. Central Marawi has been flattened by government airstrikes.

Some experts say Mahmud could become Islamic State’s Southeast Asian “emir” after the death on Monday of Isnilon Hapilon, the head of the alliance that seeks to carve out an Islamic State “Wilaya” in the southern Philippines.

Philippine soldiers on Monday killed Hapilon, a target of the FBI. They also killed Omarkhayam Maute, one of two brothers at the helm of the Maute terror clan.

Mahmud was seen in a video alongside Hapilon and the Maute brothers plotting the Marawi siege. Security experts say he studied in Pakistan and learned to make bombs in an al-Qaida camp in Afghanistan. He left Malaysia in 2014.

Brawner said the military was relentless in finishing off the rebels, but was unsure how many were left. Estimates on Monday were 20 to 40 terrorists.

“The resistance is still there. In fact, we can hear from the background, the battle is ongoing,” he said.

Security analyst Rommel Banlaoi said the end of Mahmud would not mean the end of the terrorists’ presence in Mindanao.

“There are still high-value terrorist personalities who are still at large in Mindanao, not to mention other foreign fighters coming from Indonesia and elsewhere in the Arab world,” he said on media.

“They are very, very elusive  because they mixed with the communities and at the same time, they hang out with the armed groups that have the mastery of the terrain in Mindanao. It’s very difficult for them to be caught by the military.”